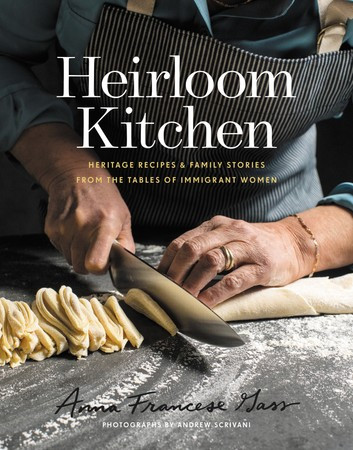 Heirloom Kitchen: Heritage Recipes and Family Stories Fromt he Tables of Immigrant Women | Anna Francese Gass
3 posts | 1 read | 1 to read
A gorgeous, full-color illustrated cookbook and personal cultural history, filled with 100 mouthwatering recipes from around the world, that celebrates the culinary traditions of strong, empowering immigrant women and the remarkable diversity that is American food.
Born in Italy, Anna Francese Gass came to the United States as a young child and grew up eating her mother’s Italian cooking. But when this professional cook realized she did not know how to make her family’s beloved meatballs—a recipe that existed only in her mother’s memory—Anna embarked on a project to record and preserve her mother’s recipes for generations to come.
In addition to her recipes, Anna’s mother shared stories from her life in Italy that her daughter had never heard before, fascinating tales that whetted Anna’s appetite to learn more. So, Anna began reaching out to her friends whose mothers were also immigrants, and soon she was cooking with dozens of women who were eager to share their unique memories and the foods of their homelands.
In Heirloom Kitchen, Anna brings together the stories and dishes of forty strong, exceptional women, all immigrants to the United States, whose heirloom recipes have helped shape the landscape of American food. Organized by region, the 100 tantalizing recipes include:
Magda’s Pork Adobo from the Phillippines
Shari’s Fesenjoon, a walnut and pomegranate stew, from Iran
Tina’s dumplings from Northern China
Anna’s mother’s meatballs from Southern Italy
In addition to the dishes, these women share their recollections of coming to America—stories of hardship and happiness—that illuminate the power of food, and how cooking became a comfort and a respite in a new land for these women, as well as a tether to their native cultural identities.
Accented with 175 photographs, including food shots, old family photographs, and ephemera of the cooks’ first years in America—such as Soon’s recipe book pristinely handwritten in Korean or the measuring cup Anke tucked into her suitcase before leaving Germany—Heirloom Kitchen is a testament to female empowerment and strength, perseverance, diversity, and inclusivity. It is a warm and inspiring reminder that the story of immigrant food is, at its core, a story of America. 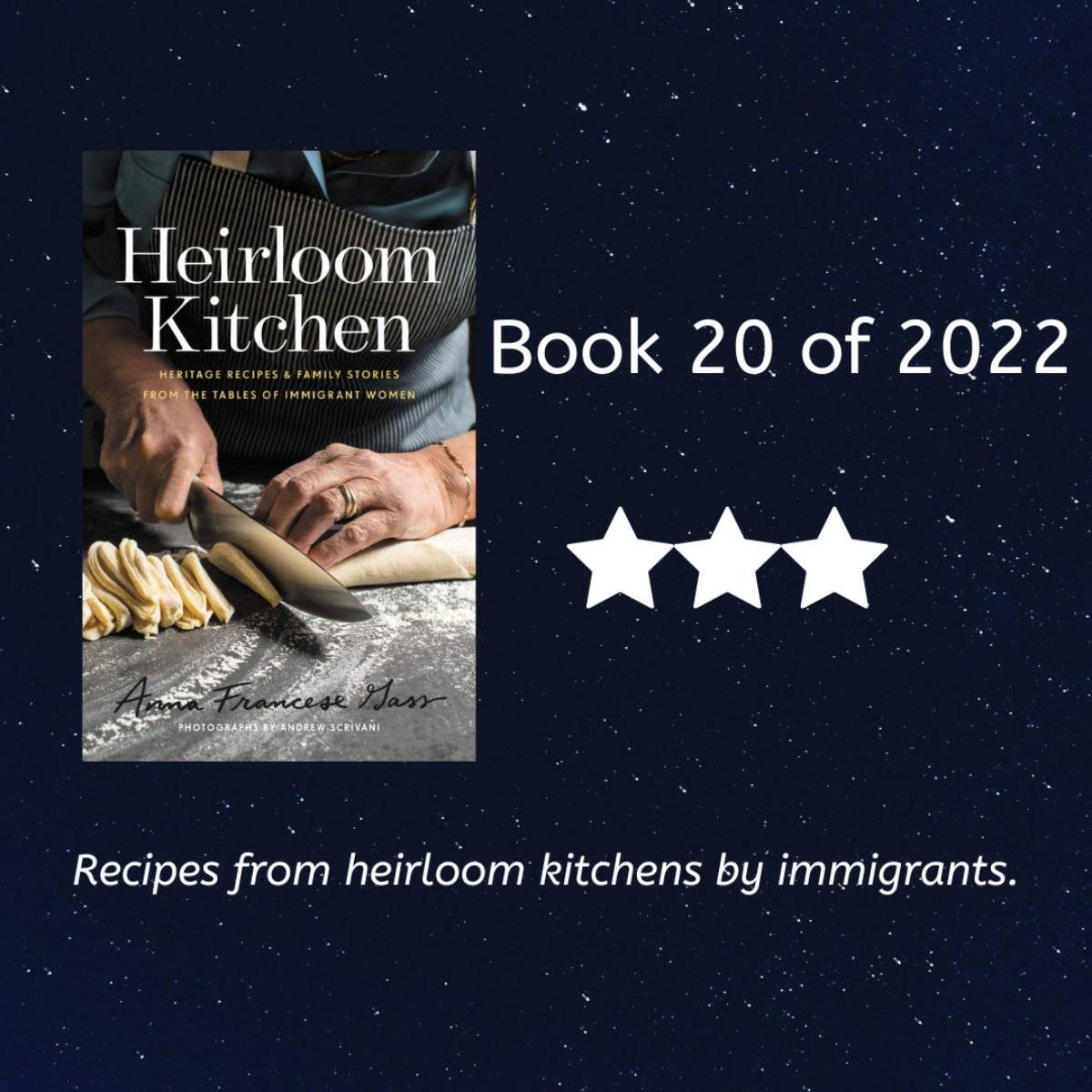 This was a really interesting book that was part biography of immigrant women who cooked their native dishes and part cookbook.
If you love international food then I would definitely recommend this one! 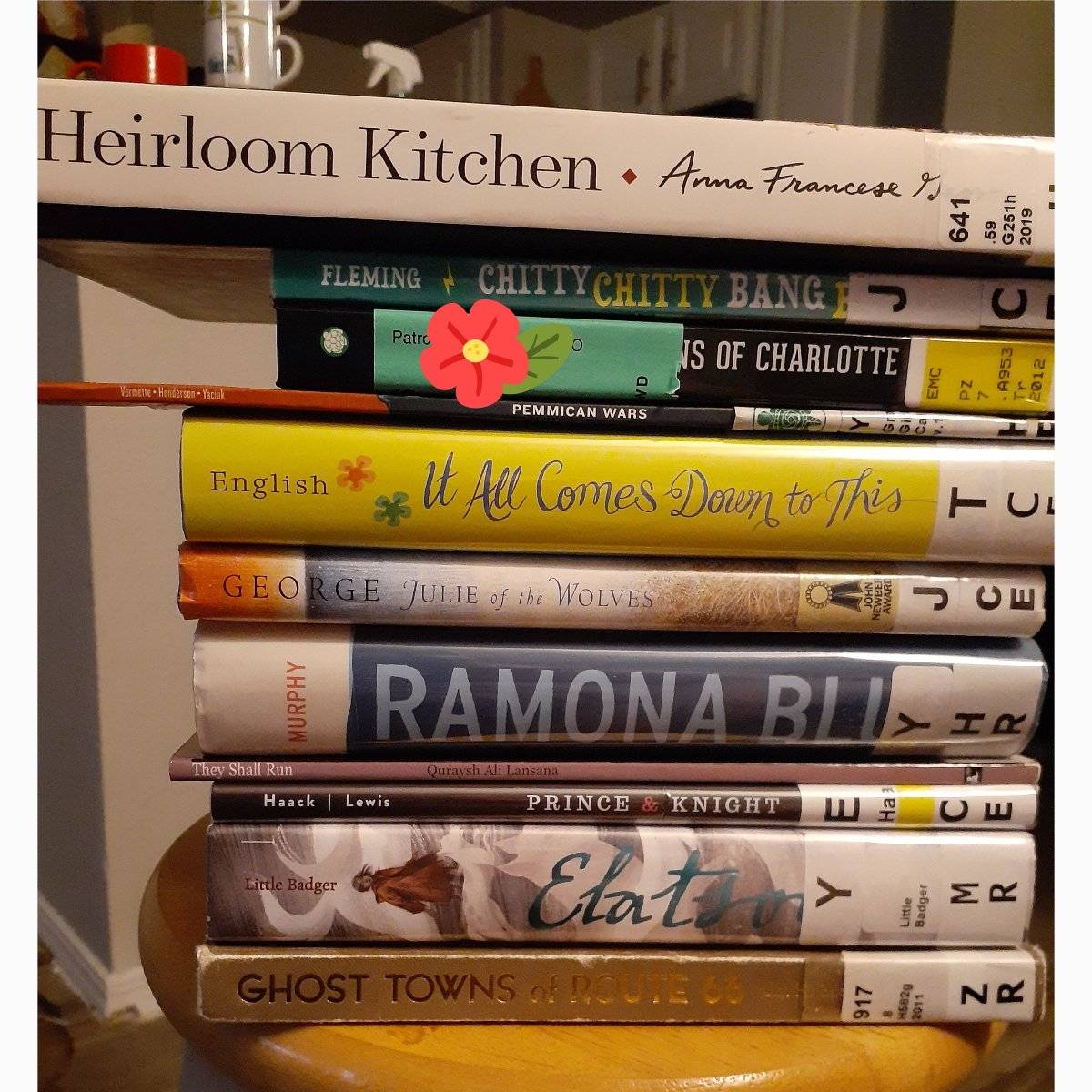 #ReverseReadathon is about to start and this is my stack. I'll read from the top down and hope to get as many as possible read. Almost all of these fulfill some kind of prompts for reading challenges.
Just a heads up-I'll probably be posting steadily the next 24 hours with the #Deweysreadathon hash tag!

Maria514626 Happy reading! 🎉 4mo
AkashaVampie Chatty chatty bang bang is a book???? 4mo
AkashaVampie I meant Chitty Chitty Bang Bang. I don't know my phone did thay. 4mo
Coffeymuse @AkashaVampie Yes, written by the James Bond creator! It was a fantastic book and now I must watch the movie! 4mo
AkashaVampie @Coffeymuse I love the movie but didn't care for the children catcher. He was scary when I was a kid. I'm going to have to see if I can find that book. 4mo
16 likes5 comments

I always love seeing new cookbooks come in at work. Looking forward to this one and seeing if there's any recipes I can try on weekends when the cooking urge hits.