The Certainties | Aislinn Hunter
7 posts | 4 read
A vivid, moving novel reminiscent of Anthony Doerr and Michael Ondaatje, about the entwined fates of two very different refugees. In 1940, as the shadow of war lengthens over Europe, three mysterious travelers enter a village in Spain. They have the appearance of Parisian intellectuals, but the trio of two men and a woman are starving and exhausted from crossing illegally through the Pyrenees. Their story, told over a period of 48 tense hours, is narrated by one of the men, who slowly accepts his unthinkable fate. In a voice despairing and elegant, he calmly considers what he should do, and weighs what any one life means. As he does so, his attention is caught by a five-year-old named Pia who wanders near his cafe table. To Pia he begins to address all that he thinks and feels in his final hours--envisioning a rich future life for her that both reflects and contrasts with his own. Meanwhile, in the 1980s, a woman named Pia seeks solitude on a remote island in the Atlantic, where she works at an inn and reflects on her chaotic childhood. As Pia's story begins, a raging storm engulfs the island and a boat flounders offshore. Pia and her fellow islanders rush to help--and past and present calamities collide. By turns elegiac and heart-pounding, a love letter in the guise of a song of despair, The Certainties is a moving and transformative blend of historical and speculative fiction--a novel that shows us what it means to bear witness, and to attend to those who seek refuge, past and present.

I enjoyed the half featuring Pia more - perhaps because it was more linear? But overall enjoyed the book. Spare writing with overlapping clues. Would recommend 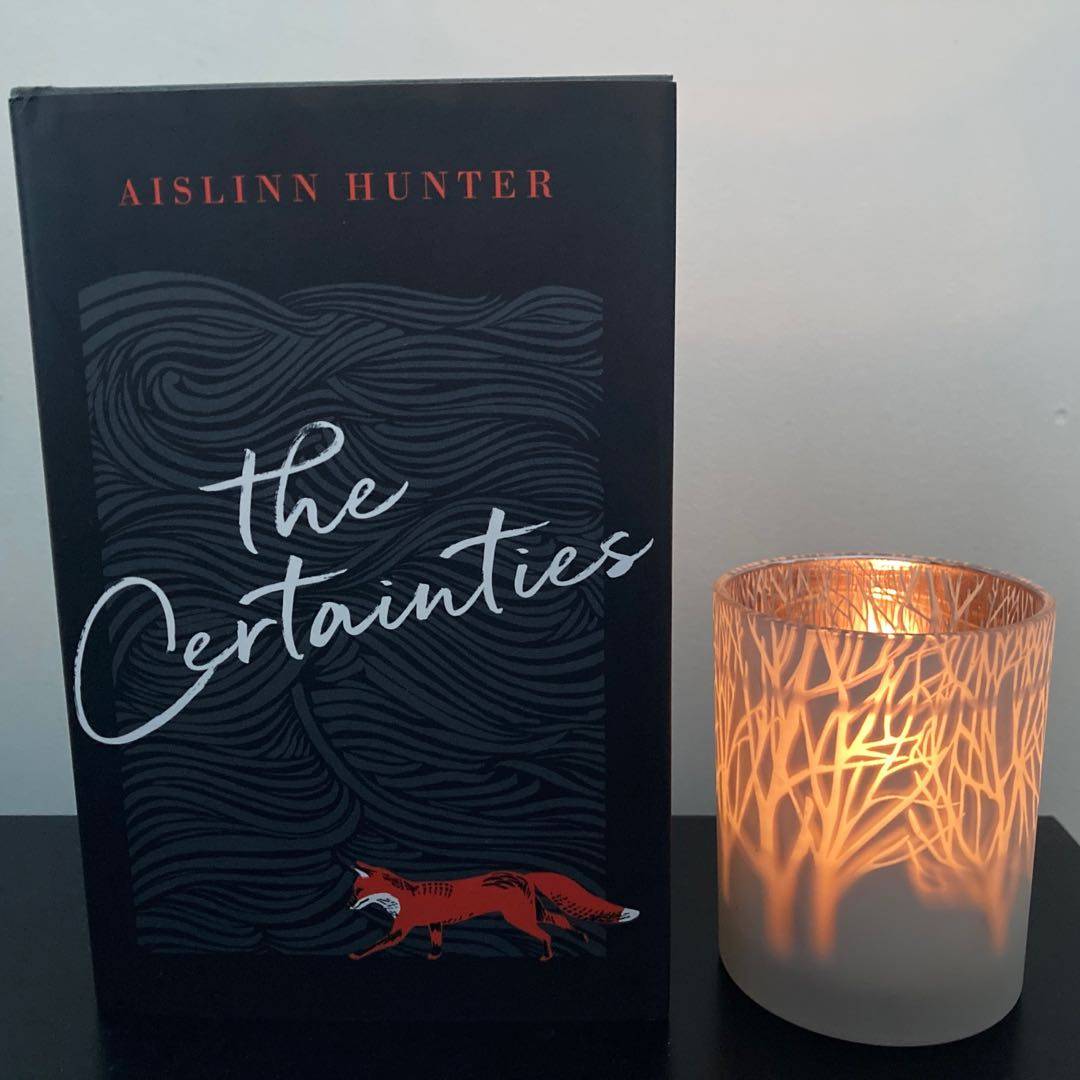 The Certainties is a beautifully written story, but unfortunately, I never felt fully engaged in it and never gained a real sense of who Pia is. I also wasn‘t a fan of the professor‘s underage (he was 12, she was 17), incestuous “relationship” with his cousin (in which she was trying to “understand her power” and he was okay with it whether it was “overt manipulation or encounters of the more romantic kind”). 3⭐️ for my #DoubleSpin pick for April.

As @Lindy noted, this is a heavy read. Melancholic and spare. Beautiful and fragmented images formed from the writing. It reminded me a little bit of Nicole Krauss' The History of Love.

Lindy I hadn‘t made the connection to Nicole Krauss‘s writing but I see what you mean. The book that came to my mind as I was reading this is

Beatrice and Virgil: A Novel
2y
Penny_LiteraryHoarders @Lindy oh I'll have to add that to my list! I haven't read that one. 2y
29 likes2 comments

War can change you utterly. You can become completely unlike your previous self. Powerless. Stateless. A refugee. Our only certainty is our mortality. In this understated and mournful novel, readers are asked to bear witness. My full review of this #audiobook: https://lindypratch.blogspot.com/2020/08/the-certainties-by-aislinn-hunter.html?...
#shadowgiller #CanLit

This was late June, when the roads out of Paris were a slow parade of cars, horses, carts & bicycles & the occasional French soldier riding against the tide on a motorcycle, or walking dejectedly toward some town he'd left when he was a different man. Everyone was barking out news and all the news was contradictory. We are losing the war! We are winning the war! Though the German planes overhead […] told the true story.
(Internet photo)

Next up in my #ShadowGiller reading
#CanLit

Lindy I finished it today but now I need to digest the content before commenting. It‘s heavy. 2y
Penny_LiteraryHoarders @Lindy oh yeah? Okay. At least it's shorter in length than others? Thanks for the heads up! 2y
Lindy @Penny_LiteraryHoarders Speaking of length, have you read Aubrey McKee? It‘s pretty good, but sometimes it seemed like it would never end. I look forward to what Naomi & Kate have to say about it—they‘re both from Nova Scotia, right? 2y
Penny_LiteraryHoarders @Lindy yes. I bought it because I thought it sounded like something the jury would go for. Naomi is usually all over books set there so I'm sure she'll be reading it soon. I need to read it too! 😆 2y
30 likes4 comments

Picked up more books from the library! 3 #CanLit titles for the #ShadowGiller reading and Universe of Two has a lovely chunk to it!