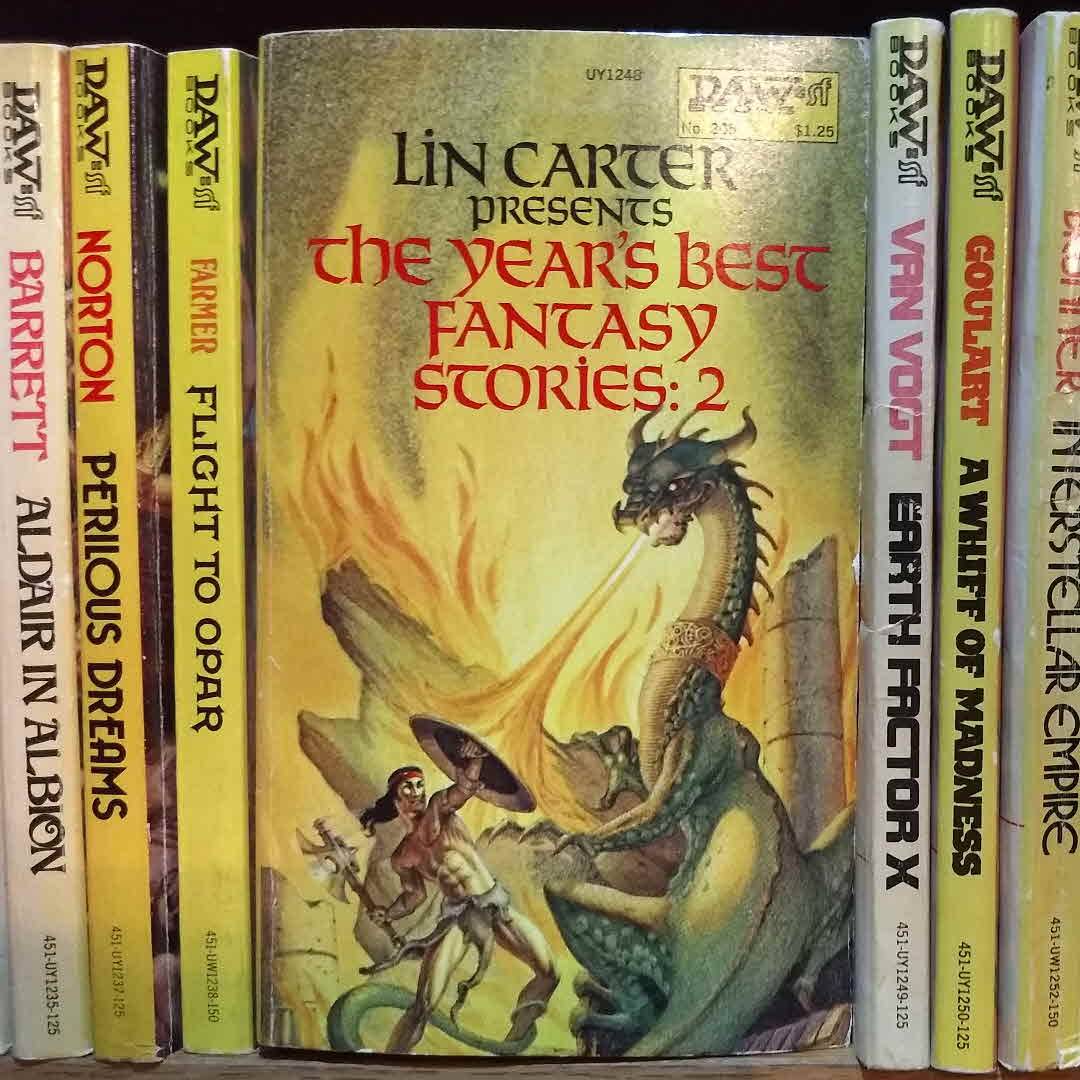 (1976) Second of an annual "best fantasy" series. Like the first, it's heavy with the kind of fantasy that would have fit right in at Weird Tales. Which is fine, but sometimes it feels like an album of new covers of old hits instead of giving a hint about where the field is going. Also the editor includes two of his own works, just in case you were wondering about his opinion of himself. That said, there are some good stories here.