The Fellowship of the Ring: Being the First Part of The Lord of the Rings
J.R.R. Tolkien
18 users recently

GondorGirl
The Rest of the Story | Sarah Dessen 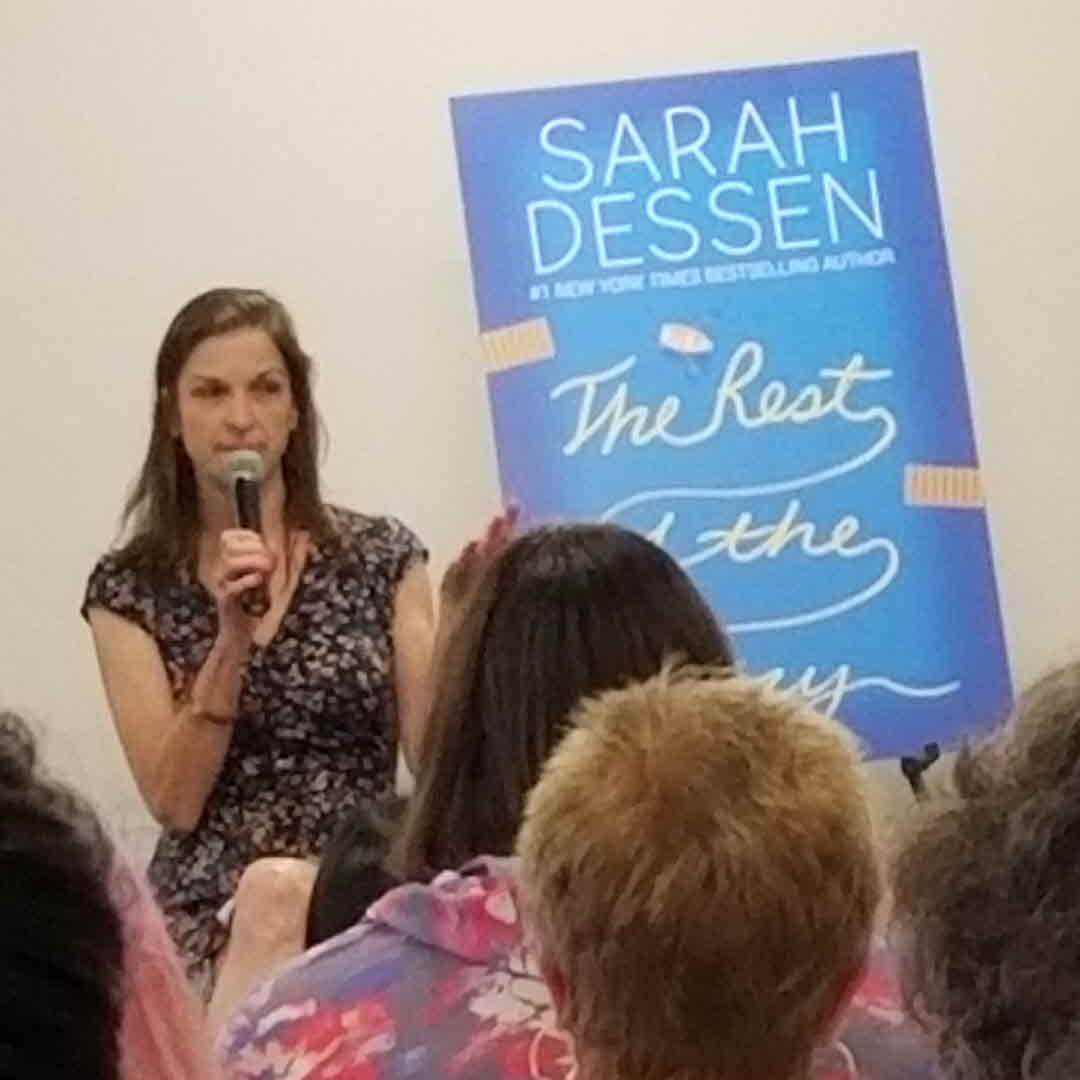 I happened to be in town when this was happening... I've read a few of her books, but don't consider myself a real fan (though who knows after tonight!). I can't resist a bookish event! 😁 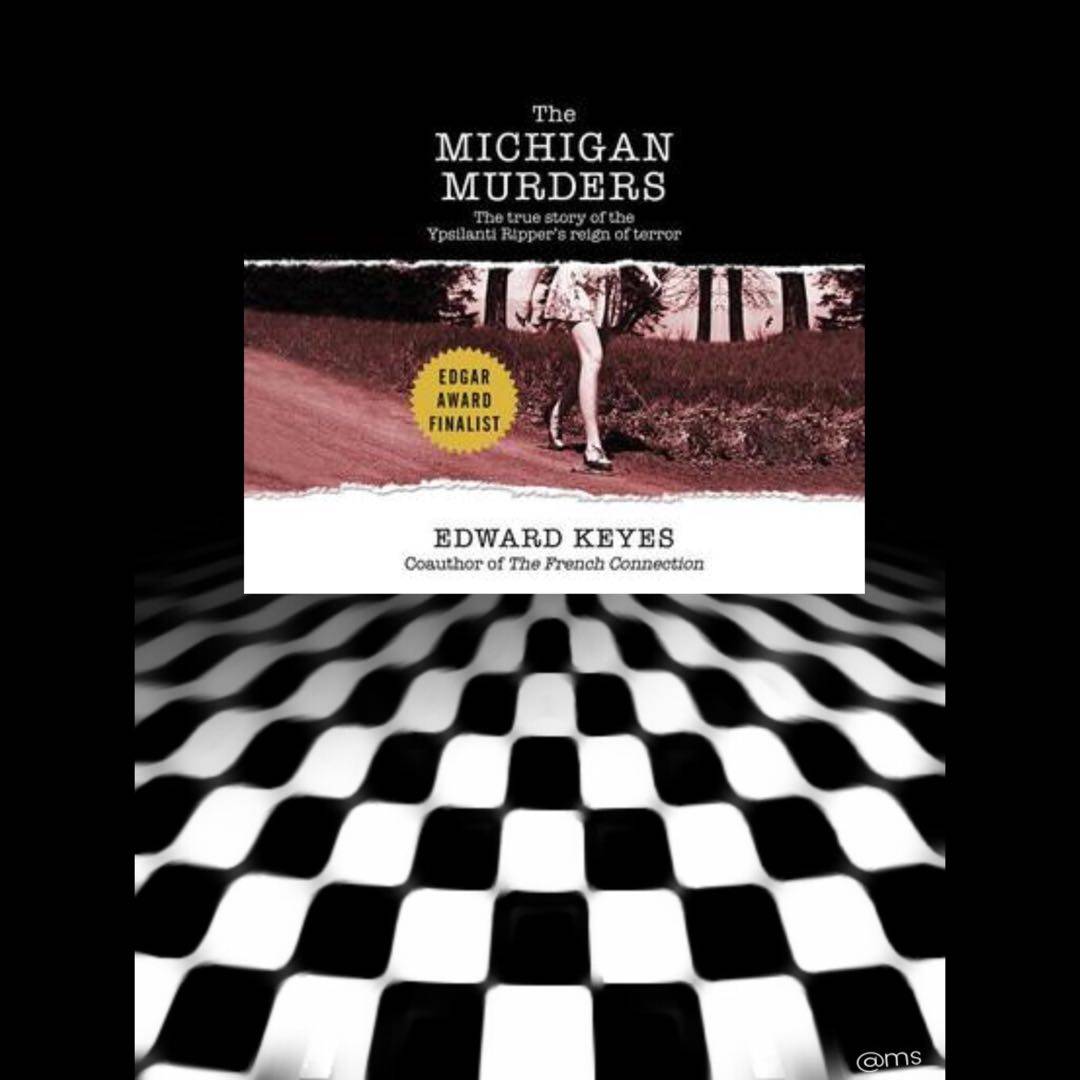 I listened to the audiobook, which was excellently narrated. THE MICHIGAN MURDERS was written about ten years after the original crimes, which occurred between 1967 and 1969. It is not for the faint of heart. The murders of these seven women were brutal. So glad they caught the psychopath who committed them.
The book follows the disappearances, the hunt for the killer, and the trial. Perfect book for true-crime fanatics! #truecrime #murderinos

Back home all cozied up in my fuzzy blankie and fuzzy bathrobe, trying to hold it together long enough to go to sleep at a reasonable time but too tired to actually do anything but sot and read... I think this book is going to become weird but right now it‘s very pleasant and matter-of-fact, despite the murders - the writing is a quiet descriptive type that I adore.

How ‘bout these shelves?
Congratulations on hitting 10K, @Rachel.Rencher ! This is my entry for your #Rencher10K contest!
Thanks for doing this...very generous of you!! 💞💞

The Man in the Crooked Hat
14mo
gradcat @madamereadsalot1 Ooh, I think I‘m going to try ! I somehow missed that one...thanks for the tip!!

The Man in the Crooked Hat
14mo
95 likes5 comments

It‘s here @Wife ! Yours will be in the mail soon!!! #hometownswap @MicrobeMom @readinginthedark

Wife Yay! I‘m glad it made it!🌹 1y
MicrobeMom Yay! 1y
Wife I‘m away from home, but my husband let me know my #HometownSwap package from you arrived! Excited to get home and shake it! 😀 @readinginthedark @MicrobeMom (edited) 1y
guinsgirlreads @Wife oh wonderful!! 1y
30 likes4 comments

Djkpanic
Next: A Novel | James Hynes

Man, if the last 40 pages were written like the rest of the novel! Kevin is in Austin, TX for an interview and sees the woman from the plane on the street- in trying to make contact, he meets several other people who have an impact on his day. Later in the day when he‘s supposed to show up for the interview, a catastrophic event happens that makes him re-think his life. Could‘ve done without the explicit descriptions of women throughout.

Having trouble getting past his lewd descriptions of women, I feel like a lot of it is unnecessary. It‘s set in my home town of Austin, TX and has a somewhat decent storyline so I‘m trying to see if the plot gets anywhere.

🔍😭It was a bittersweet day for me. We drove an hour and half for other reasons, but had to stop. This gem is closing this year and I had to pay it my homages. I picked up a few mystery treasures, soberly signed my credit card receipt, and took a photo. My heart just hurts over the loss of this indie bookstore.

LiteraryinLititz Sounds like it was a wonderful place. ☹️ 2y
Julsmarshall I‘m so sorry. So sad when we lose our beautiful indies. 😘 2y
mrp27 So sad! Looks like a great store. 2y
See All 7 Comments
wanderlustforwords So cool! But sad! 2y
JazzFeathers So many indie bookshop are crossing in my part of the world (ltaly). The one where l work is at risk too 2y
Suzze I‘ve been friends with Robin and Jamie for almost 20 years. I‘ll sure miss their store! 2y
Jess_Read_This @Suzze I‘m really going to miss it. I live north of Detroit but would make the drive for their author events. They really brought so many terrific mystery authors to our area. I‘m just so sad over this. 2y
100 likes7 comments

I want to eat Oreos and read the rest of the day! But NNNOOOOOOOOO i have adult and do the stupid dishes and the stupid laundry. #burnitall #idontwantotadult

Tanisha_A Hahah. We have such problems! 😂 2y
Tamra Thank the gods for audio! 2y
OrangeMooseReads @Tanisha_A I know lol 2y
See All 12 Comments
tournevis I want gelly cola bottles so badly right now! 2y
OrangeMooseReads @Tamra yes indeed, but the book I want to I don‘t have an audio of 😞 2y
OrangeMooseReads @tournevis those are SO good! I can only find them at a few places 2y
JSW I just want bed and books. 2y
lauraodom I‘m with ya! 2y
wanderinglynn Me too! That sounds like a great plan. Stupid work interfering with book time. 2y
AlaMich Adulting sucks!! 2y
tournevis @OrangeMooseReads Me too. There's one place I can buy in bulk. 2y
ladym30 I like your choice of snacks! 2y
59 likes12 comments

What is your opinion on an author changing basically ALL the names involved? Should they leave the names in? Does it make a difference to you as the reader? Is the author‘s reasoning in this case acceptable?
I have my thoughts and opinions on it, but I want to see yours first.

Kaye I don‘t really care , especially with true crime books. I think there are people , even if playing a minor role, such as being an eyewitness or neighbor of a victim, might have been so scared by the event, or maybe hounded by reporters or questioned ( or even a suspect) , by the police. They probably just want to remain anonymous..or maybe the author thinks they should. (edited) 2y
OrangeMooseReads @Kaye I agree with that. I think with this book and others like it where it was a smaller permanent community it is good to protect the individuals. Sometimes the names just don‘t matter as much. 2y
CoverToCoverGirl If done to protect the innocent I‘m okay with it .. I can respect that people don‘t want or need the notoriety that comes along with such gruesome high profile cases just because they happen to be a witness .. these unlucky witnesses should be able to live normal lives without being harassed and hounded by the public or news media. 2y
33 likes3 comments