The Hate U Give
Angie Thomas
21 users recently

Banished & Welcomed: The Laird's Reckless Wife | Bree Wolf
1 post
In this Highland Regency romance by USA TODAY bestselling and HOLT Medallion winning author Bree Wolf, a reticent Scottish laird and a young woman banished from her own clan are swept into a romance neither one of them ever expected. Scotland 1808: As laird, CORMAG MACDRUMMOND knows his duty to his clan. All his life, he's put their needs before his own, silencing his heart's deepest desires. But then an allied laird makes a request that Cormag cannot refuse. Duty-bound, he offers the man's fair cousin a place among his people, vowing to keep her safe from the dark rumours that follow wherever she goes. However, the moment he lays eyes on MOIRA BRUNWOOD, Cormag knows that he's made a grave mistake. Her soulful, blue eyes and unyielding pride soon steal into his guarded heart, and before long, Cormag finds himself falling under her spell in a way he would never have expected. Moira has the Sight. Always have her dreams shown her glimpses of the future, and always has she acted upon them. However, one wrong step sees her banished from her own clan, her family, her home, and thrust among strangers, who look at her with suspicion and mistrust. Whispers abound of her otherworldly abilities, and some even believe she's a witch. Moira is determined not to cower, not to yield, and yet, she finds that loneliness is a fate worse than death. Her heart aches for comfort, for closeness, longing for a chance at redemption...but even more so longing for the laird who granted her sanctuary. Despite the cold distance that rests in his grey eyes, Moira soon learns that a warm and caring heart beats in his chest as Cormag comes to her aid time and time again. His strength makes her feel safe while his gentleness unwittingly steals her heart and stirs her pulse. However, not all are willing to see past Moira's transgressions, and soon Cormag finds himself torn between claiming the woman he loves and staying true to his people. Love's Second Chance Series: Highland Tales #1 Tamed & Unleashed - The Highlander's Vivacious Wife (Claudia & Garrett) #2 Dared & Kissed - The Scotsman's Yuletide Bride (Emma & Finn) #3 Banished & Welcomed - The Laird's Reckless Wife (Moira & Cormag) #4 Haunted & Revered - The Scotsman's Destined Love (Deidre & Alastair) #5 Fooled & Enlightened - The Englishman's Scottish Wife (Maggie & Nathan) Love's Second Chance Series #1 Forgotten & Remembered - The Dukes Late Wife (Rosabel & Graham) #2 Cursed & Cherished - The Duke's Wilful Wife (Anna & Edmond) #3 Despised & Desired - The Marquess' Passionate Wife (Ellie & Frederick) #4 Abandoned & Protected - The Marquis' Tenacious Wife (Henrietta & Connor) #5 Ruined & Redeemed - The Earl's Fallen Wife (Charlotte & Sebastian) #6 Betrayed & Blessed - The Viscount's Shrewd Wife (Beth & Tristan) #7 Deceived & Honoured - The Baron's Vexing Wife (Madeline & Derek) #8 Sacrificed & Reclaimed - The Solider's Daring Widow (Meagan & Edward) #9 Condemned & Admired - The Earl's Cunning Wife (Violet & Oliver) #10 Trapped & Liberated The Privateer's Bold Beloved (Alexandra & Antoine) #11 Oppressed & Empowered - The Viscount's Capable Wife (Evelyn & Richard) #12 Destroyed & Restored - The Baron's Courageous Wife (Adelaide & Matthew) Each love story in this series can be read as a stand-alone. However, most readers prefer to read them in order. Also check out Bree's A Forbidden Love Novella Series which is FREE with Kindle Unlimited! 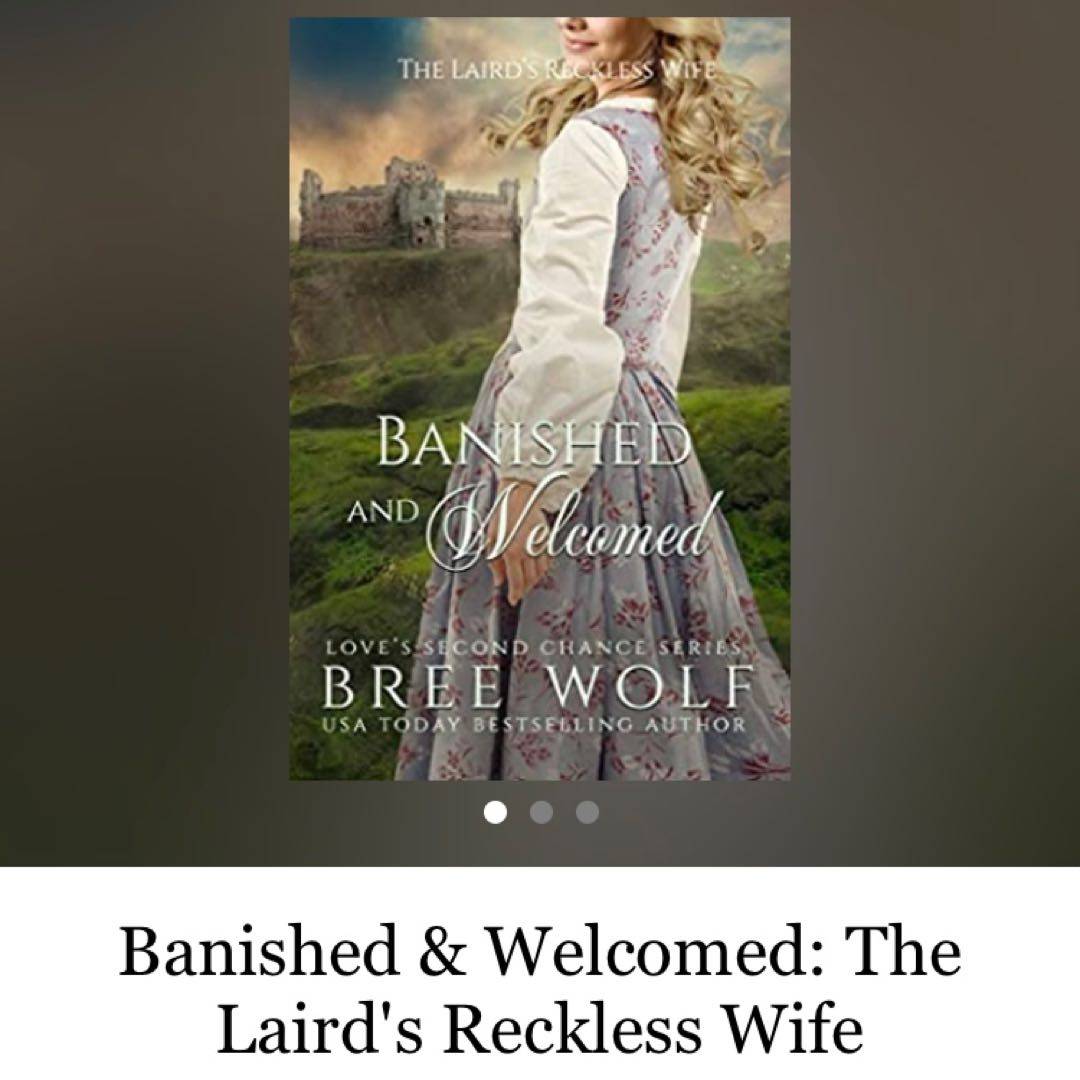 I love Bree Wolf‘s Love‘s Second Chance series. This is a beautiful tale set in Scotland, where Moira was banished from her clans and welcomed at a new castle. Love is found for all ❤️