Secret Kept | Tatiana de Rosnay
6 posts | 22 read | 10 to read
This stunning new novel from Tatiana de Rosnay, author of the acclaimed New York Times bestseller Sarah's Key, plumbs the depths of complex family relationships and the power of a past secret to change everything in the present.It all began with a simple seaside vacation, a brother and sister recapturing their childhood. Antoine Rey thought he had the perfect surprise for his sister Melanie's birthday: a weekend by the sea at Noirmoutier Island, where the pair spent many happy childhood summers playing on the beach. It had been too long, Antoine thought, since they'd returned to the island--over thirty years, since their mother died and the family holidays ceased. But the island's haunting beauty triggers more than happy memories; it reminds Melanie of something unexpected and deeply disturbing about their last island summer. When, on the drive home to Paris, she finally summons the courage to reveal what she knows to Antoine, her emotions overcome her and she loses control of the car.Recovering from the accident in a nearby hospital, Melanie tries to recall what caused her to crash. Antoine encounters an unexpected ally: sexy, streetwise Angele, a mortician who will teach him new meanings for the words life, love and death. Suddenly, however, the past comes swinging back at both siblings, burdened with a dark truth about their mother, Clarisse. Trapped in the wake of a shocking family secret shrouded by taboo, Antoine must confront his past and also his troubled relationships with his own children. How well does he really know his mother, his children, even himself? Suddenly fragile on all fronts as a son, a husband, a brother and a father, Antoine Rey will learn the truth about his family and himself the hard way.By turns thrilling, seductive and destructive, with a lingering effect that is bittersweet and redeeming, A Secret Kept is the story of a modern family, the invisible ties that hold it together, and the impact it has throughout life.A film is now in production, to star Melanie Laurent (Inglourious Basterds, Now You See Me), Laurent Lafitte (The Crimson Rivers, Little White Lies), and Audrey Dana (Roman de Gare, The Clink of Ice) and will begin shooting in April! 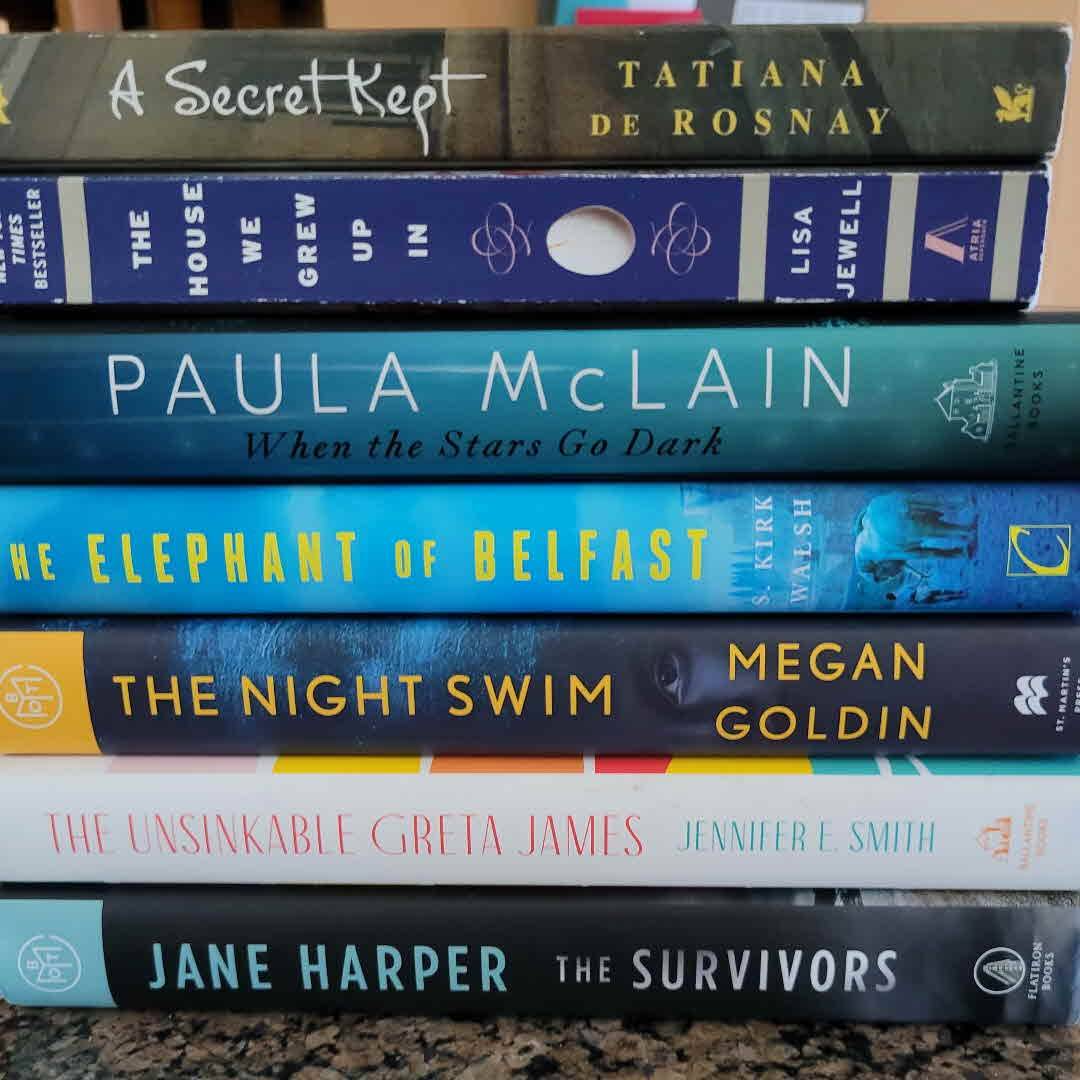 Smartypants I have When the Stars go Dark on my TBR bookshelf. 7mo
7 likes1 comment

I know you've done this before. This is my stack of hauls from a few weeks ago atop my TBR bookcase. Look closely. #tbr #bookhaul

Alfoster I do that ALL the time--especially if they've changed the cover!😜😜😜 6y
charl08 I've not read that Erdrich, now I am curious! 6y
LeahBergen Oops! 6y
See All 13 Comments
Suzze Oopsy. Did you also realize you have three different "secret" books? 6y
Donna_sBookMinute 😲-- @suzze! You're right! Didn't notice that. Guess that means I'm nosey if I want to know so many secrets. LOL. Good catch. 6y
Donna_sBookMinute @alfoster, @charl08' @LeahBergen, @Suzze -- At Best it's a sign of consistency. I must really need to read that one! ☺️ 6y
Donna_sBookMinute @Alfoster -- Yes, I'll intentionally buy it again if I come across a cover I like. I think I have about three editions of "Little Women." 6y
Donna_sBookMinute @charl08 -- I'm not familiar with Erdrich. The flap probably caused me to get it. 6y
AmandaL Is that Tracks? I loved that book. 🙂 6y
ValerieAndBooks Oops! But I think most of us have done this at least once. I have for sure! 6y
Donna_sBookMinute @AmandaL -- Hmmm. Yours is the second comment about "Tracks." That's a good sign. Thanks. 6y
Donna_sBookMinute @ValerieAndBooks -- You're right. Im sure this is not the only time for me. Just got caught by the camera this time. ☺️ 6y
Matilda Sometimes a book needs a twin. 6y
31 likes13 comments

I loved Tatiana De Rosnay's other book Sarah's Key so I thought I would give this one a try. Bad choice. This book was boring and I found myself just flat out not caring about any of the characters in it. Pass on this one for sure.

tpixie I agree I'm halfway thru hoping it gets better. Sarah's Key was so poignant!! 6y
3 likes1 comment