It Starts with Us
Colleen Hoover
14 users recently 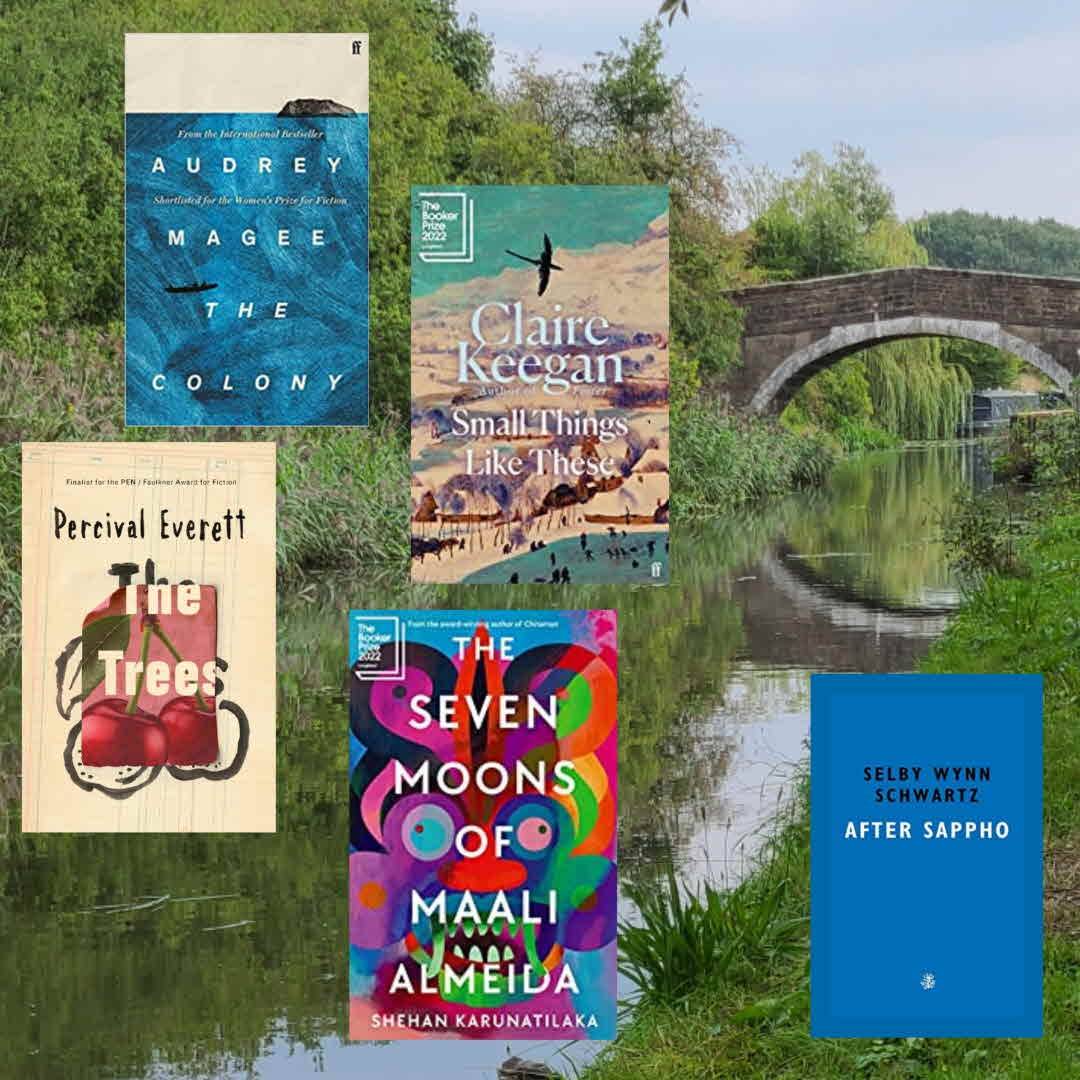 Just squeaked in with The Trees.
My favourites (of the ones I've read).

I appreciated what the author was doing with the story but man did it drag.

This is an important story that people need to hear I personally didn‘t feel this was the right format for the telling.

Not really one for me as it reads like interconnected short stories and I am not a short story fan.

The book is well researched, very academic, I enjoyed the Virginia Woolf references but suspect a lot more went over my head.

If this one doesn‘t make the shortlist it will be a travesty.

jlhammar Agreed! 3mo
BarbaraBB Me too. My favorite this year! 3mo
24 likes2 comments

The last of the sweet peas (probably) and the last Booker from the longlist (probably) before the announcement.
I loved this one, kind of a crime story but told from the point of view of the dead man. Given "seven moons" before he has to make a decision on the afterlife, Maali tries to work out what led to his death. Problem is, too many suspects when you've taken work from all sides in a murky civil war (Sri Lanka, 1990).

charl08 @Cinfhen @squirrelbrain @MicheleinPhilly @batsy @vivastory @rmaclean4 @Cathythoughts @JamieArc @BarbaraBB @jlhammar @Ruthiella @sarahbarnes @Hazel2019 @Brimful 3mo
Ruthiella I‘ve also heard that this book has a sense of humor. Did you find this as well? 3mo
Cinfhen Great photo!! Im looking forward to this one 🤩 3mo
See All 7 Comments
squirrelbrain I think we‘ve had differing opinions on nearly every long list book! 🤣 3mo
charl08 @Ruthiella yes, it's really funny: not enough characters to fit everything in I liked about this book. 3mo
charl08 @Cinfhen one of the ones where I want to buy my own copy. I hope the paperback keeps this gorgeous cover. 3mo
charl08 @squirrelbrain I've really enjoyed reading how everyone has found the books- and the range of responses 😀 3mo
81 likes3 stack adds7 comments

Sorry I have been MIA for the last week I have been entirely caught up in work and reading #BookerLonglist2022. This was my last book to read and boy was it a good way to end the list.

If you had a spirit on your back whispering in your ear, how would you possibly know? And, even if you did, how could you separate that voice from every other whisper?

Well this is a book that really makes you think. I loved the way this was a kind of murder mystery played out after death with all the possible suspects and all the possible reasons for Maali to be killed. I really enjoyed the rules and regulations of the afterlife and the world building that took place there.

This story also provided me with an insight into a time and place I knew nothing about.

I absolutely loved this book and for a young debut writer this is a really impressive and original work of fiction.

The book really does need to be read physically audio will not give you quite the same experience as you will miss out of the page layouts which are almost as important as the words themselves. Think previous Booker nominee Lanny or Lincoln in the Bardo and you will get the general idea.

Megabooks Yeah, I really wish I had gone print. ☹️ 3mo
BarbaraBB I am enjoying this one too, doing a mix of print and audio. 3mo
38 likes2 comments

I hate to say it but I must be missing something I honestly can‘t see why this has made the longlist. There are things I did enjoy like the playful use of words and phrases but…it went nowhere and I didn‘t connect with the characters.

I get the impression that if you are not familiar with at least some of the folklore or pop culture mentioned then you would be totally lost.

Bookwomble I loved this book, but I do have the cultural context to connect with it, as I grew up in a small North England community which reflected most of Garner's setting, and I've been reading English folk tales since primary school. I get why it's a divisive book, but to me it is just magical and poignant l 🙂 3mo
BarbaraBB You are more positive than I was. 3mo
32 likes2 comments