The Dollmaker | NINA. ALLAN
10 posts | 11 read | 1 reading | 21 to read
INFORMATION WANTED ON THE LIFE AND WORK OF DOLLMAKER EWA CHAPLIN AND/OR FRIENDSHIP, CORRESPONDENCE. PLEASE REPLY TO: BRAMBER WINTERS. Stitch by perfect stitch, Andrew Garvie makes exquisite dolls in the finest antique style. Like him, they are diminutive, but graceful, unique and with surprising depths. Perhaps that's why he answers the enigmatic personal ad in his collector's magazine. Letter by letter, Bramber Winters reveals more of her strange, sheltered life in an institution on Bodmin Moor, and the terrible events that put her there as a child. Andrew knows what it is to be trapped; and as they knit closer together, he weaves a curious plan to rescue her. On his journey through the old towns of England he reads the fairytales of Ewa Chaplin - potent, eldritch stories which, like her lifelike dolls, pluck at the edges of reality and thread their way into his mind. When Andrew and Bramber meet at last, they will have a choice - to remain alone with their painful pasts or break free and, unlike their dolls, come to life. A love story of two very real, unusual people, The Dollmaker is also a novel rich with wonders: Andrew's quest and Bramber's letters unspool around the dark fables that give our familiar world an uncanny edge. It is this touch of magic that, like the blink of a doll's eyes, tricks our own . . . 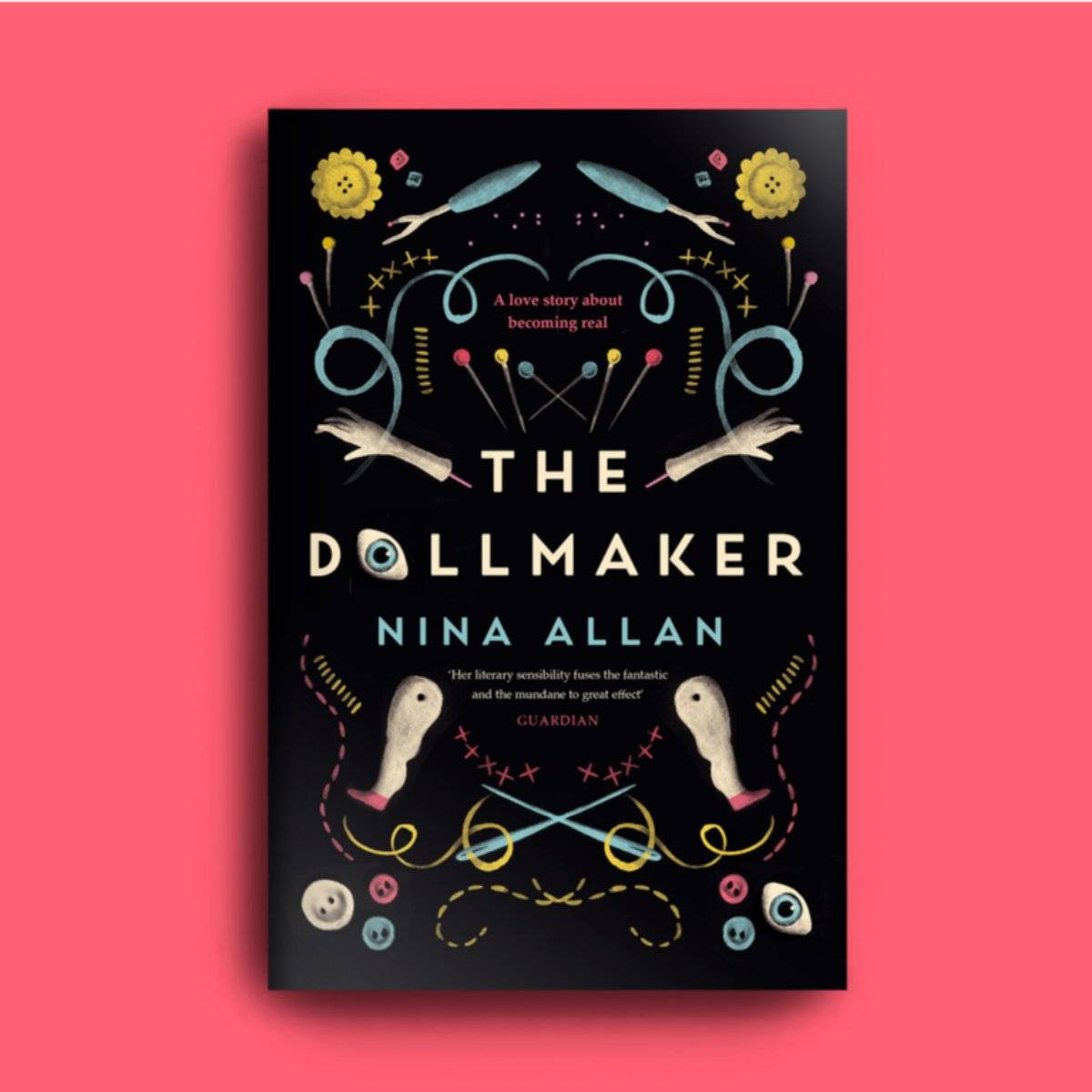 I absolutely loved the fairy tale parts of this story. They were punchy and powerful. Sometimes disturbing and lurid they were eerie, unsettling and strange in the best way. They were so good that they made the rest of the narrative seem a little bland, though the balance does get better towards the end. 3 stars but still a pick. 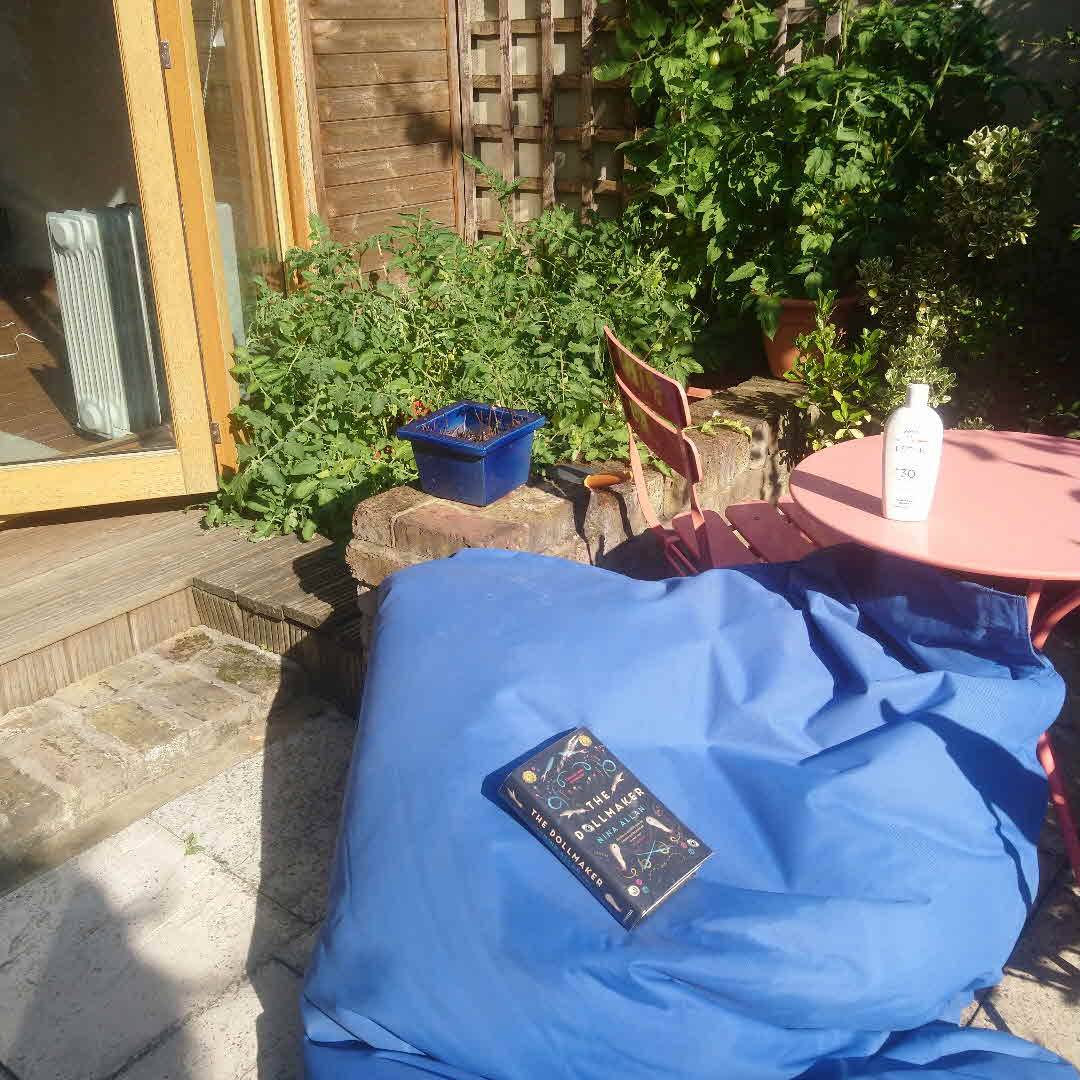 After a non-stop few days at a friend's wonderful wedding, I am doing nothing but sunbathing in the garden and have just finished this brilliant book. It's not got a lot of Litsy love but it reminds me a bit of The Lonely Hearts Hotel and a bit of The Blind Assassin. It's futuristic and fantastical and disturbing and intertwines a "regular" narrative, with letters and a collection of very dark, odd short stories - fab!!

Very odd book! Third of the way in. No idea where it's going...

This is my June #tbr the two bottom books are from the library and the top four are mine! It seems like a murder/thriller month to be! #books

Having just finished reading The Parisian, this is what I will start now! #books #currentread

This is the very heart of this story. As Andrew and Bramber learn about each other, so do we. Andrew decides that Bramber needs rescuing from her confinement and sets off to find her. Interwoven with this journey are dark folk tales - stories of dwarves, dolls and desire.
This felt disjointed and the addition of the colourful Chaplin stories only seemed to highlight the drabness of the main narrative. Not a favourite, I'm sad to say...

I had high hopes for this but it didn't quite live up to it. It was an interesting story but just didn't draw me in that much. I enjoyed the letters Bramber sent him. It helped develop her character and I really enjoyed the translated fairy tales. The ending was good and finished the story nicely. An interesting read but not enough for me. I'm sure others will love it though.
#Netgalley

This book is so wonderful. A story about a diminutive doll maker going to meet a woman he has never met who lives in a mysterious house on Bodmin Moor. Told in narrative, letters and most uniquely in the stories Andrew reads by the mysterious Ewa Chaplin. Full of magic realism, reoccurring themes and characters who are little people, disabled or disfigured in transgressive love stories. But at the heart is Andrew and Bramber's love story.

A novel of dolls, dwarves, doppelgängers, and stories-within-stories.

When dollmaker Andrew falls in love with penpal Bramber, he travels across England to rescue her from the remote asylum in which she dwindles. On the way he reads five dark fairy-tales which not only unsettle him, but start to influence his actions.

With elements of fantasy, folklore, and metafiction, this is essentially a novel about influence.