Hunter's Chase | Val Penny
26 posts | 5 read | 10 to read
Hunter by name - Hunter by nature: DI Hunter Wilson will not rest until Edinburgh is safe. Detective Inspector Hunter Wilson knows there is a new supply of cocaine flooding his city, and he needs to find the source, but his attention is transferred to murder when a corpse is discovered in the grounds of a golf course. Shortly after the post-mortem, Hunter witnesses a second murder, but that is not the end of the slaughter. With a young woman's life also hanging in the balance, the last thing Hunter needs is a new man on his team: Detective Constable Tim Myerscough, the son of his nemesis, the former Chief Constable Sir Peter Myerscough. Hunter's perseverance and patience are put to the test time after time in this first novel in The Edinburgh Crime Mysteries series. 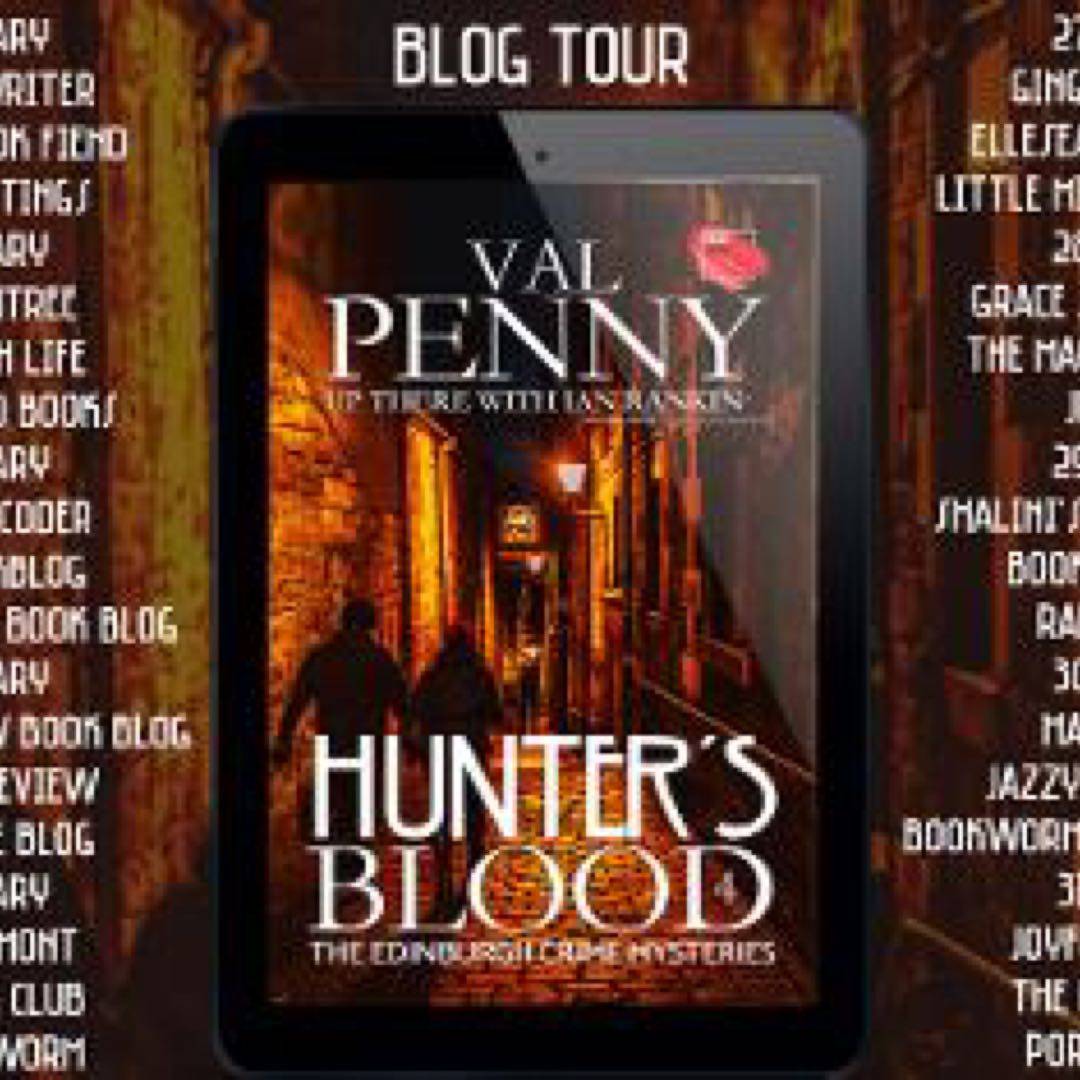 Exciting times! Join the fab @rararesources blog tour for #huntersblood -starting soon!
Thanks to all the fab bloggers too! mybook.to/huntersblood 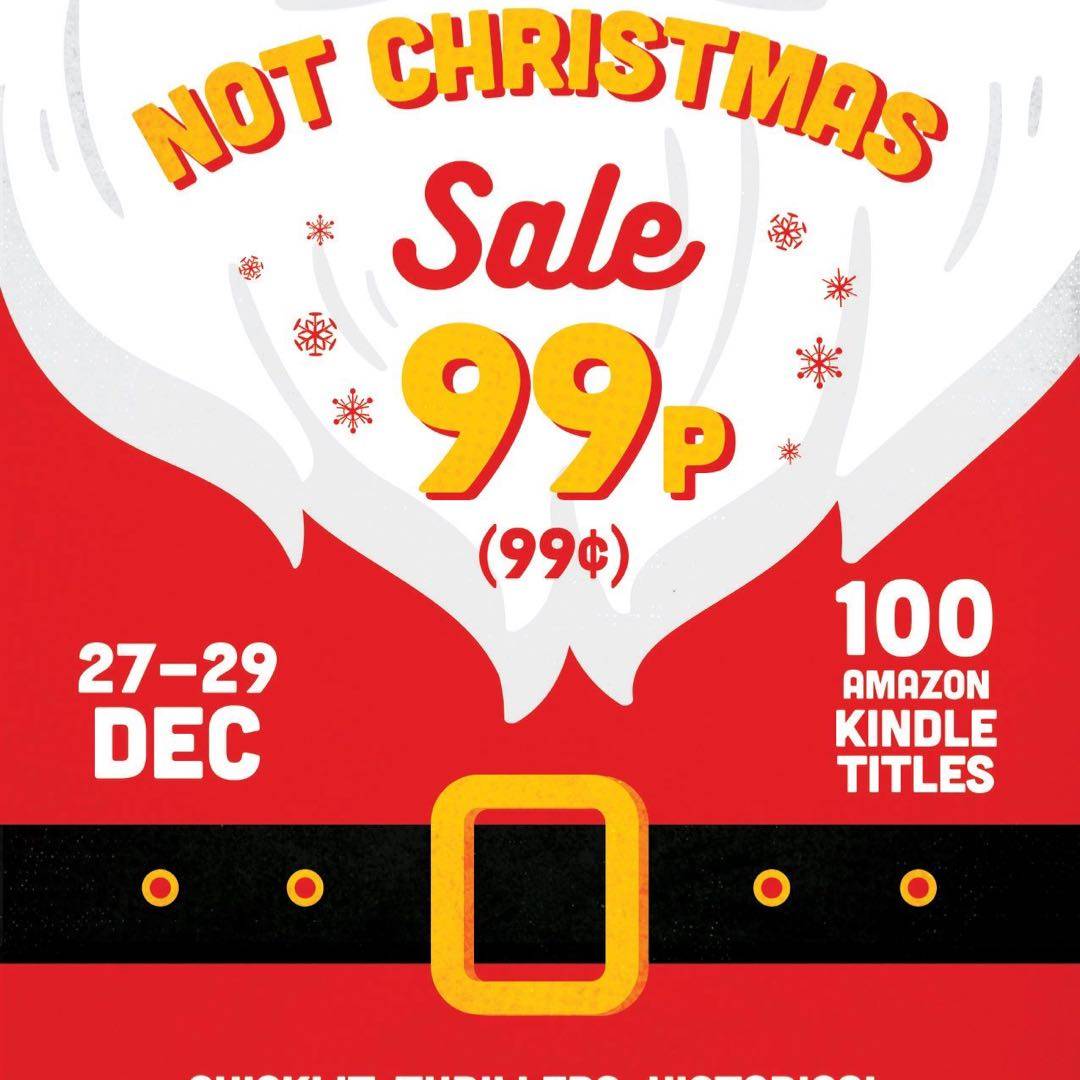 Guess who got the author copy of her 4th book? The crime thriller, Hunter‘s Blood, is available to order now! Books make great Christmas gifts mybook.to/huntersblood

The 4th book in the Edinburgh Crime Mysteries - Hunter‘s Blood - will be published by darkstroke on 01.01.2020 But you can pre-order now! http://mybook.to/huntersblood

#bookstoread #weekend #bargains Treat yourself today! All three thrillers in The Edinburgh Crime Mysteries are #FREE this weekend - Hurry or you‘ll miss it! myBook.to/HuntersChase - myBook.to/HuntersRevenge - mybook.to/huntersforce

The Edinburgh Crime Mysteries #1, Hunter‘s Chase, is #FREE this weekend. Grab it while you can! Don‘t miss out.

Grab a bargain today! The Edinburgh Crime Mystery #1 Hunter‘s Chase is on sale for only 99p/99c today - Hurry or you‘ll miss it! myBook.to/HuntersChase

Grab a bargain today! The Edinburgh Crime Mystery #1 Hunter‘s Chase is on sale for only 99p/99c today - Hurry or you‘ll miss it! mybook.to/HuntersChase

Snow day reading - catch up with DI Hunter Wilson & his team in the Edinburgh Crime Mystery #1 Hunter‘s Chase. (You can read it #FREE on #KindleUnlimited)

The next instalment of The Edinburgh Crime Mysteries is ‘Hunter‘s Force‘ - it is available to pre-order now! myBook.to/HuntersForce

ReadingOver50 Thanks for the books 1y
ValPenny I hope you enjoy Hunter's Chase & Hunter's Revenge. Will you let me know? 1y
10 likes2 comments

If you love to read crime thrillers, then this is the book for you. The storyline might make you shed a tear as it‘s really sad in places, but the plot and dramatic style of writing will make you want to keep reading.

ValPenny This is such a lovely comment, Lizzie. Thank you so much. 1y
72 likes1 stack add1 comment

Sitting, watching the sun shine through the canopy of a beautiful tree and reading Hunter's Chase by @ValPenny A great way to spend the day.

ValPenny Thank you so much, Lizzie - that is lovely to hear. 2y
68 likes1 comment

Awesome crime novel set in Edinburgh. My mum loved it too!

ValPenny
ValPenny Thank you so much - it is lovely to hear that! 2y
58 likes2 stack adds1 comment

I want to share the cover reveal of the sequel to 'Hunter's Chase'. My new crime thriller 'Hunter's Revenge' will be published by Crooked Cat Books on 09.09.2018. I hope you like the cover!

This is my next read. I've heard so many great things about this book. #HuntersChase #NewRead

ValPenny
ValPenny Thank you so much, Lizzie- I really hope you enjoy Hunter's Chase. 2y
LizzieChantree I'm looking forward to it as I've heard so many people saying what a great read it is! 2y
69 likes2 stack adds2 comments

Police procedural with a strong opening (you literally open in the midst of a crime, which on the surface appears a petty issue but quickly escalates into a major case for Edinburgh police officer, Hunter Wilson. With a quirky cast of characters, a glimpse into a shady underworld and a good behind-the-scenes feel of a police investigation, Hunter's Chase solved the central mystery, but left a few well-placed questions ripe for a sequel!

ValPenny Thank you so much, Megan. I am glad you enjoyed 'Hunter's Chase.' 2y
meganmayfair @ValPenny will look forward to the sequel and a bit more of DC Myerscough 😉 2y
ValPenny Hi Megan, how's your love affair with Tim Myerscough going? 1y
50 likes2 stack adds3 comments

This is not an #AprilFool! The 5*crime thriller 'Hunter's Chase' is on sale today 99c/99p (or #FREE on #KindleUnlimited!) It really doesn't get any better than this! Get you copy today! #hunterschase. myBook.to/HuntersChase

Look what I found in the library! My book! Who would believe it? I am thrilled! myBook.to/HuntersChase

JoFenton Loved this book. Best police detective novel of the year! 2y
ValPenny Thank you so much, Jo. I am delighted you enjoyed 'Hunter's Chase' so much. 2y
Megabooks 🎉🎉 Congratulations 2y
See All 12 Comments
ValPenny Thank you Booksandcooks. I was thrilled to see 'Hunter's Chase' in the library as they bought it without telling me! 2y
tammysue Congratulations! 🎉 and welcome to Litsy 👋🏻🌷 2y
ValPenny Thank you so much whatshesreadingnow. 2y
RaimeyGallant Yea! 2y
RaimeyGallant And welcome to Litsy! #LitsyWelcomeWagon Some of us put together Litsy tips to help new Littens navigate the site. It's the link in my bio on my page in case you need it. Or if you prefer how-to videos, @chelleo put some together at the link in her bio. 2y
ValPenny Thank you RaimeyGallant. This is a fun place to be! 2y
Bookladylinda Welcome to Litsy!!! 2y
Alwaysbeenaloverofbooks Welcome 🎊🙌🏻🎉 2y
BookaholicNatty Welcome to #Litsy @ValPenny So glad you have joined this awesome book community! Look forward to reading your posts! Nothing like new book friends! 😊 2y
20 likes5 stack adds12 comments

Just about to start this, can‘t wait!

ValPenny Thanks for this, Alice. I hope you enjoy 'Hunter's Chase'. 2y
LizzieChantree This is next in my TBR list. It looks like an exciting read. The reviews are fantastic!