Ravenpuff
They Wish They Were Us | Jessica Goodman 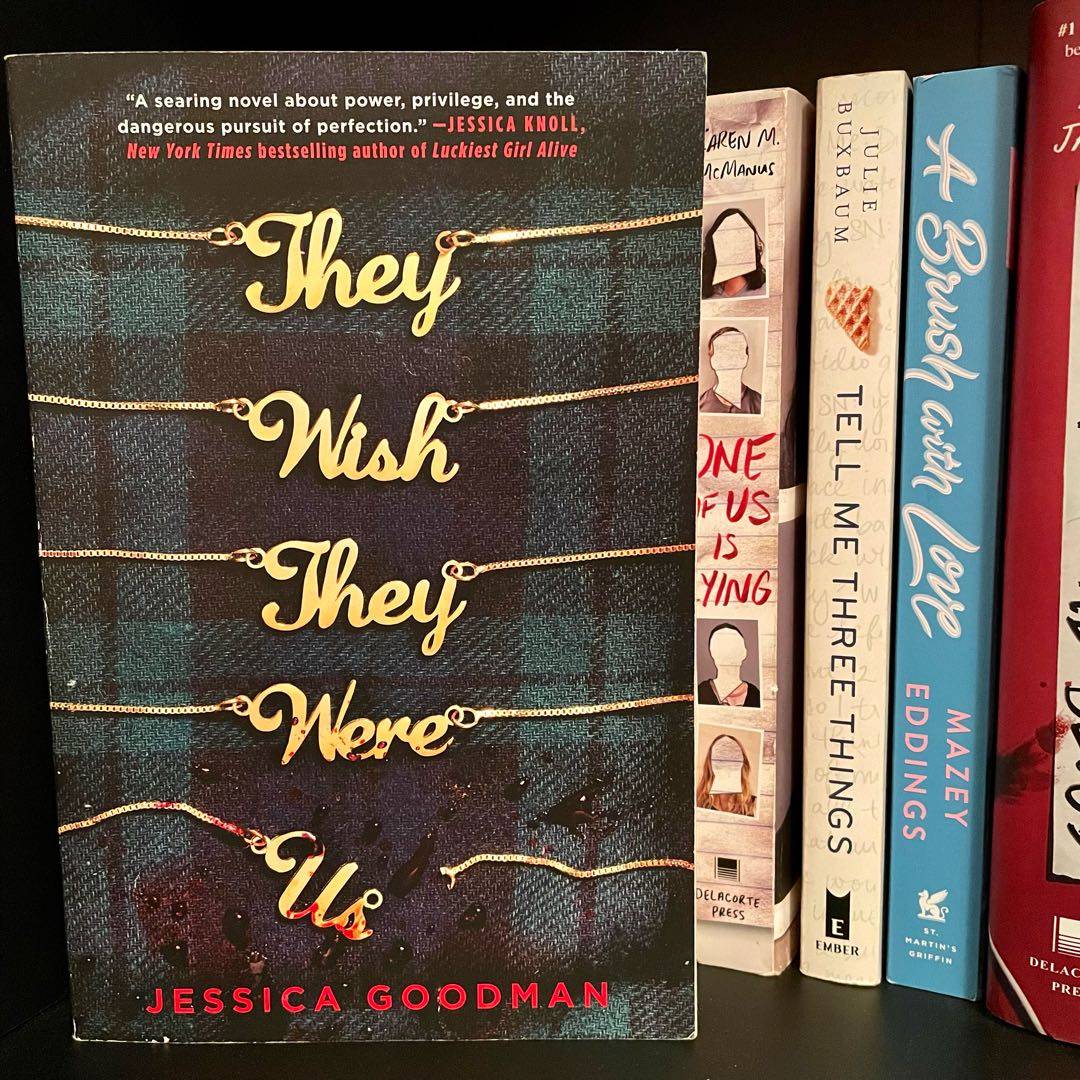 3 years ago, Jill‘s best friend Shaila was said to have been murdered by her boyfriend. Now, she‘s receiving messages saying her friend‘s boyfriend‘s innocent. Who really killed Shaila and why?

I didn‘t really enjoy this one. I didn‘t like most of the characters. The main character annoyed me because she was too indecisive. I already knew who did it from the beginning. Also, the reveal felt forced rather than natural. 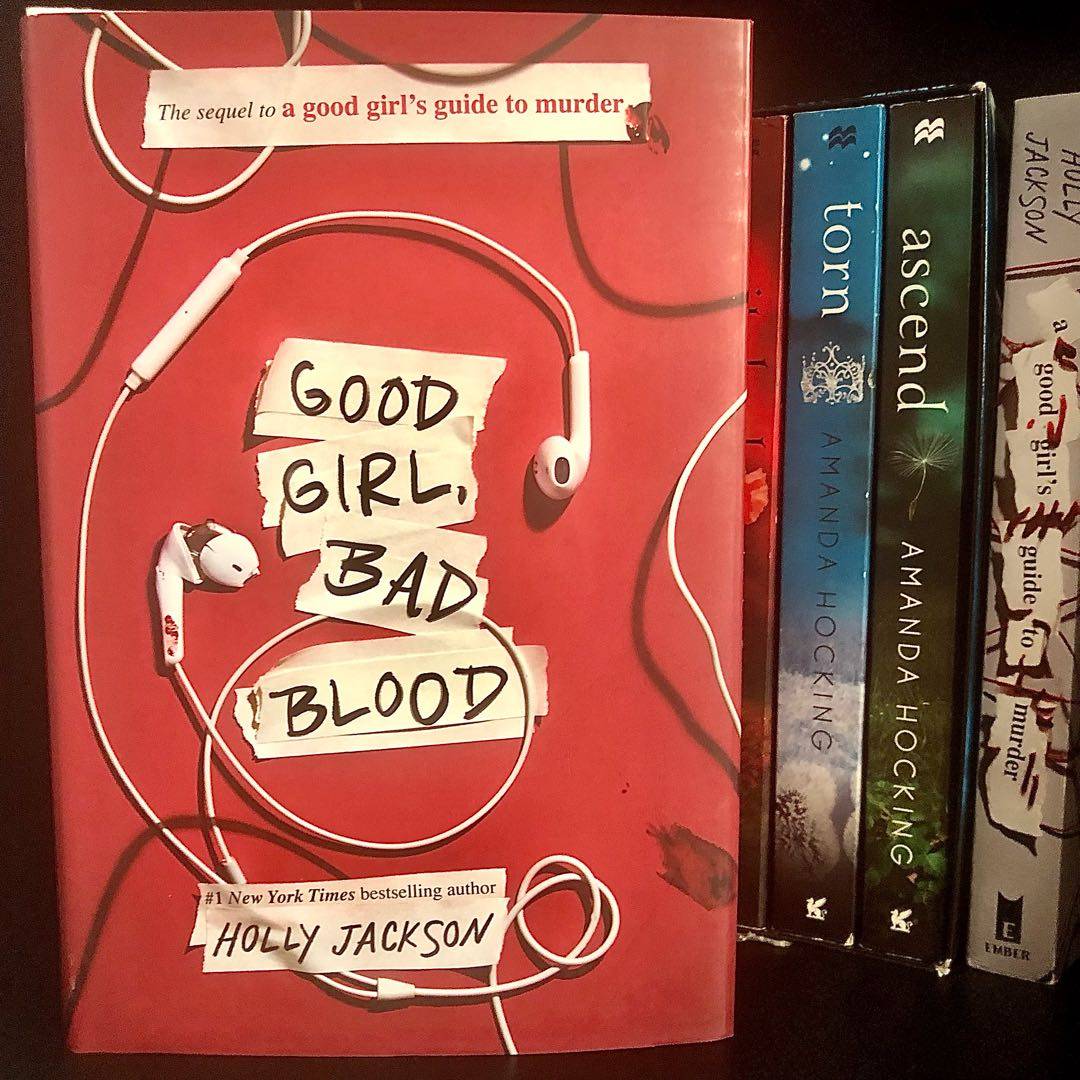 Pippa said she was done being a detective after the Addie Bell case. However, when Jamie Reynolds goes missing, she chooses to help find him. What will she uncover this time around?

Like the first one, this book has a lot of twists and turns, and I love it. It doesn‘t end how I thought it would in the beginning. I do wish there was more romantic moments between Pippa and Ravi though.

This series is just amazing! The characters are complex, the writing is great, and I actually like the love triangle in here. This one fills in some information gaps from the first one, which I liked. Will definitely read the next one.

Ravenpuff
There's Someone Inside Your House | Stephanie Perkins

There‘s a serial killer in Osborne whose killing high school students. Makani and her friends have to find out who is before they kill them.
This book was okay. It had a kind of happy ending; they caught the killer and everything. I just think it was drawn out too long that it made it kind of boring.
There‘s the movie on Netflix. Like every adaptation, it doesn‘t quite follow the book.
#mysterybooks #thrillerbooks #yabooks #librarybooks #libby

The hype is worth it! This was a good mystery! I liked Pippa as a main character, and that rarely occurs. She‘s smart and doesn‘t take crap from anyone. I enjoyed plot because it was fast-paced and I didn‘t find any holes. I can‘t wait to read the sequel.

Andie Bell was said to have been murdered by her boyfriend, Sal Singh, five years ago. Pippa uses her school project as an excuse to find out the truth. And someone tries to prevent that from happening.
I have also seen this on Booktok quite a bit, so I thought I‘d give it a read.
#books #Booktok #mysterybooks #yabooks #yamystery #paperbackbooks

#TheCoupleNextDoor totally reminded me of Madeleine McCain case. A couple goes to dinner next door leaving their 6 months old daughter behind while she is asleep. They take rounds coming back home and making sure she is alright. And then she is not. She is kidnapped. What happens next is a lot of twists and turns. It keeps you glued to the book till the end. A good mystery read.
My rating - ⭐️⭐️⭐️⭐️

kathytrithardt
The Secret of the Old Clock | Carolyn Keene

Question of the Day: What is the best mystery trope? #QotD⁣
⁣
I put some popular suggestions in the graphic, but feel free to tell me one that isn't represented there. I'm looking for find ones I haven't even heard of.⁣
⁣
#Mystery #MysteryBooks⁣

“What I‘d discovered was that sadness is like an abandoned car left out in a field for good - it changes a little over the years, but doesn‘t ever disappear. You may forget about it for a while, but it‘s still there, rusting away, until you notice it again”. ~”Winter Counts” by David Heska Wanbli Weiden #ownvoices #botm #readdiversebooks #mysterybooks #tbrlistthatneverends

SaraRosett
The Body in the Garden: A Lily Adler Mystery | Katharine Schellman

The Body in the Garden is another of my Covid escape reads.

Set in 1815, it features young widow Lily Adler, who is returning to society.

Taking a break from the whirl of a first ball, she escapes to the garden where she hears a shot...and finds a dead body.

I enjoyed the Regency setting and the diverse cast in this book. 🔎 🌸🔎
.
#amateursleuth #crimefiction
#cozymystery #ilovecozies #mysterybooks