Midnight in Peking: How the Murder of a Young Englishwoman Haunted the Last Days of Old China | Paul French
7 posts | 14 read | 14 to read
Winner of the both the Edgar Award for Best Fact Crime and the CWA Non-Fiction Dagger from the author of City of Devils Chronicling an incredible unsolved murder, Midnight in Peking captures the aftermath of the brutal killing of a British schoolgirl in January 1937. The mutilated body of Pamela Werner was found at the base of the Fox Tower, which, according to local superstition, is home to the maliciously seductive fox spirits. As British detective Dennis and Chinese detective Han investigate, the mystery only deepens and, in a city on the verge of invasion, rumor and superstition run rampant. Based on seven years of research by historian and China expert Paul French, this true-crime thriller presents readers with a rare and unique portrait of the last days of colonial Peking.

encinarus
Midnight in Peking: How the Murder of a Young Englishwoman Haunted the Last Days of Old China | Paul French

A true crime novel about a murder of Pamela Werner in the 1930s in Peking. This is largely a narrative of the official investigation followed by a private investigation into the murder with Japan's invasion of China as backdrop. This was pretty interesting, true crime is not my typical genre. Early on as the book set the stage and gave needed background, it was quite dry, often a list of facts, but it developed and I needed to know what came next.

nitalibrarian
Midnight in Peking: How the Murder of a Young Englishwoman Haunted the Last Days of Old China | Paul French 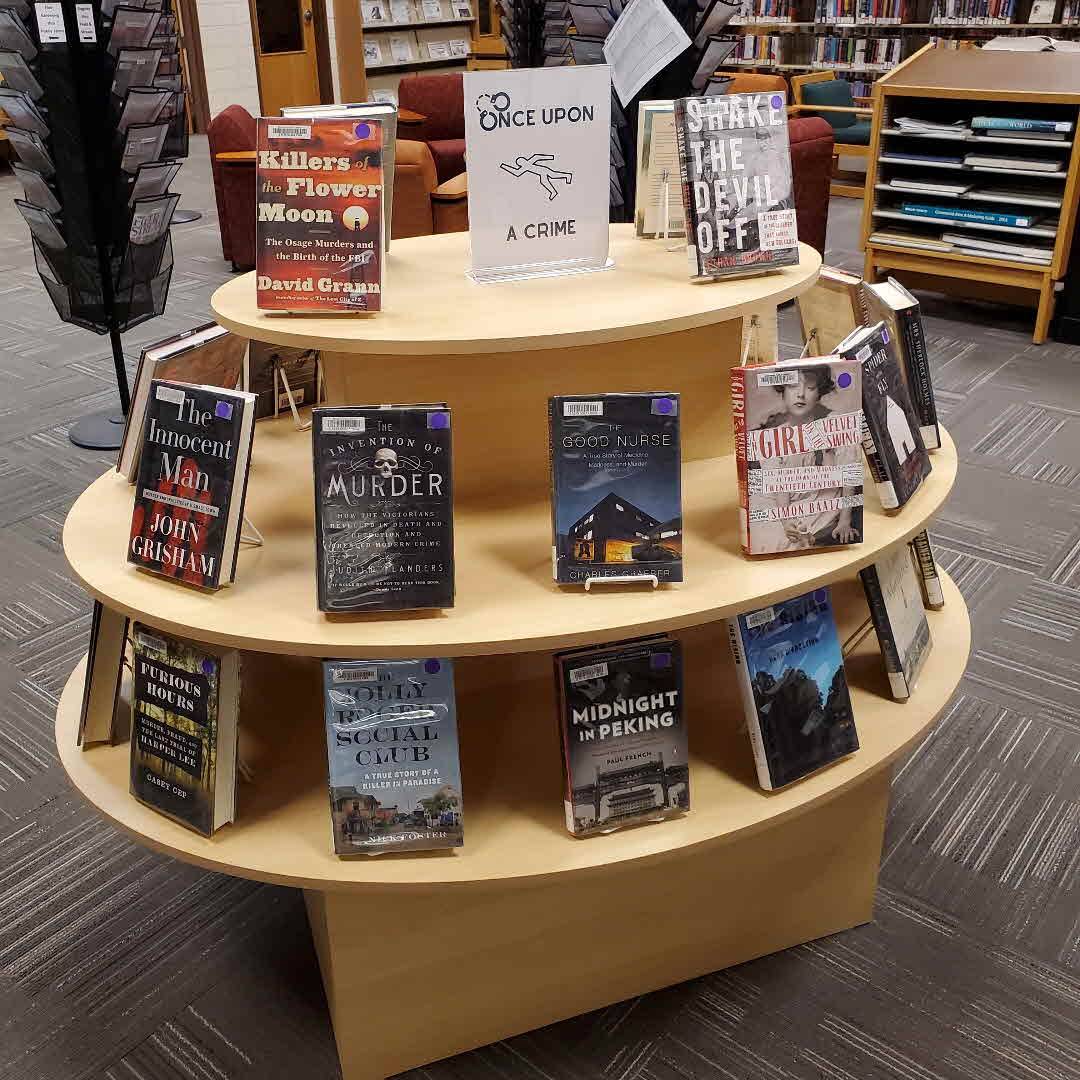 First library task of the day was creating a new book display. I decided to feature true crime for this one.

gradcat
Midnight in Peking: How the Murder of a Young Englishwoman Haunted the Last Days of Old China | Paul French

#adventrecommends Day 17 @emilyrose_x
I know there are those of you who like true crime books...well, here you get two-in-one. Paul French has written the story of a murder that occurred in Peking in 1937, giving his readers a fortunate mashup of true crime with historical thriller. French researched his subject matter for six years, and the result is a nonfiction book that reads like a thriller. He has such a facility with the material, and ⬇️

gradcat (Cont) that combined with a writing style that is as fun as it is informative, it‘s no surprise that this New York Times bestseller has been optioned for a movie. It is definitely a movie that I cannot wait to see. (edited) 4y
65 likes1 stack add1 comment

SomedayAlmost
Midnight in Peking: How the Murder of a Young Englishwoman Haunted the Last Days of Old China | Paul French

Compelling, meticulously-researched account of the brutal murder of a young British expat in the final months before the Japanese invaded Peking. Skilled true crime writing mixed with the history of the expat community. Caveat: sexual mistreatment of expat girls is alluded to & the author sides with the people of Peking over their various political & criminal persecutors-white foreigners, Japanese invaders & Chinese soldiers. #truecrime #history

Kaye Good review. I have this in audio but haven‘t listened to it yet. Dud you make the Afghan ? Very pretty. 🙂 5y
SomedayAlmost Thank you! My mum made it. 5y
14 likes2 comments

SomedayAlmost
Midnight in Peking: How the Murder of a Young Englishwoman Haunted the Last Days of Old China | Paul French

This fiction reader & writer is up late delving into fascinating non-fiction. French pulls one into the complex case of a murdered ex-pat teen as China nears war with Japan. His Edgar award wining prose reads like a mystery novel. #truecrime #awardwinning #intruiged

Oblomov26
Midnight in Peking: How the Murder of a Young Englishwoman Haunted the Last Days of Old China | Paul French

An interesting history of a time and place, in this case Peking and the foreign legation in the lead up to WW2 framed around the murder of a young woman. When failed by the authorities her elderly father, a noted but out of favor Sinologist takes up the investigation and the author argues solves the crime as war descends upon the city. A tale of corruption and immorality amongst a small expatriate community.