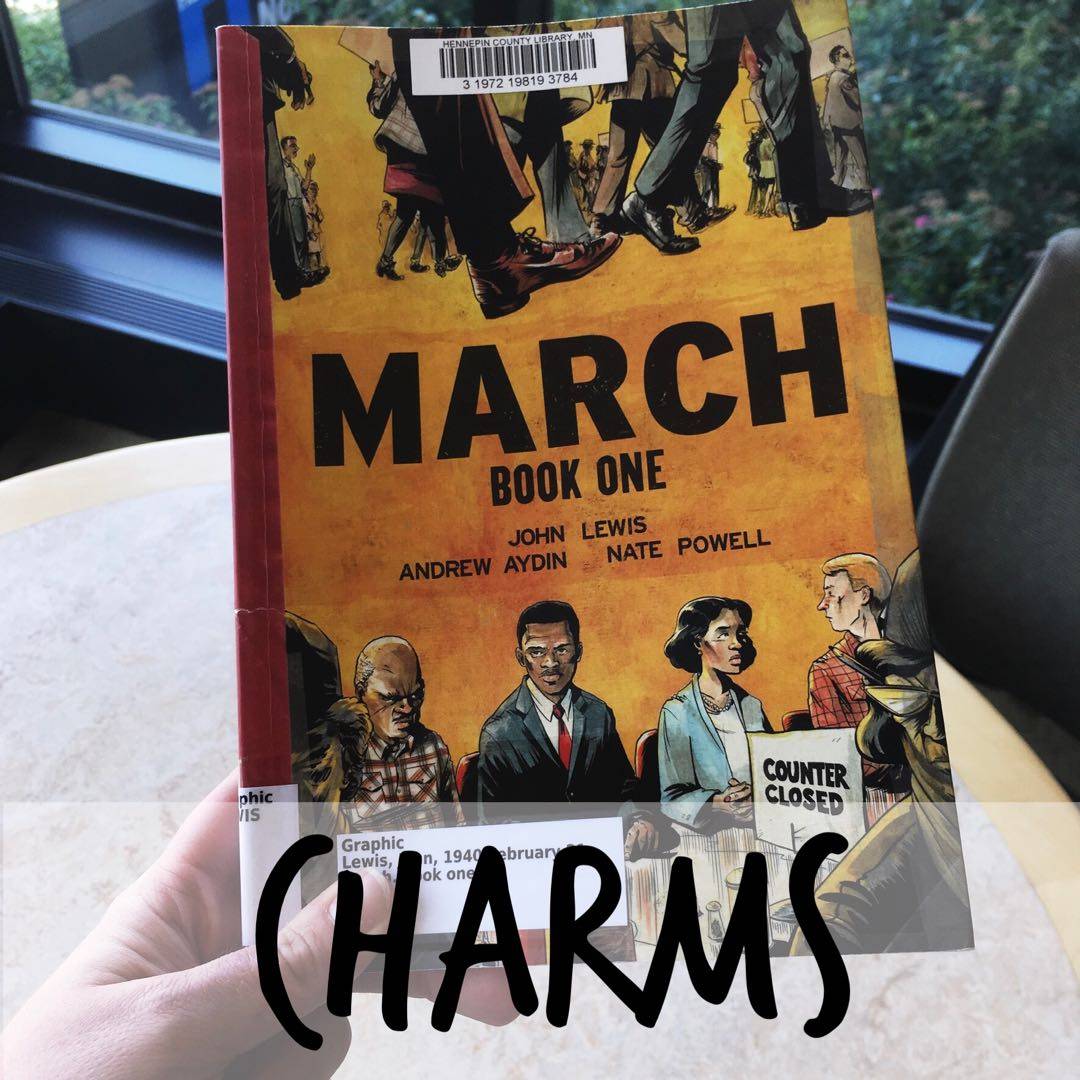 This is part 1 of the the trilogy of graphic novels about the role John Lewis played in the US civil rights movement. I think this was a very well done and approachable graphic novel for most age ranges. It is very informative on John‘s life and the reasons why he did what he accomplished during the civil rights movement. I was hesitant about going into it at first but now I‘m looking forward to completing the trilogy in the near future.

Schnoebs
A Journey to the Center of the Earth | Jules Verne 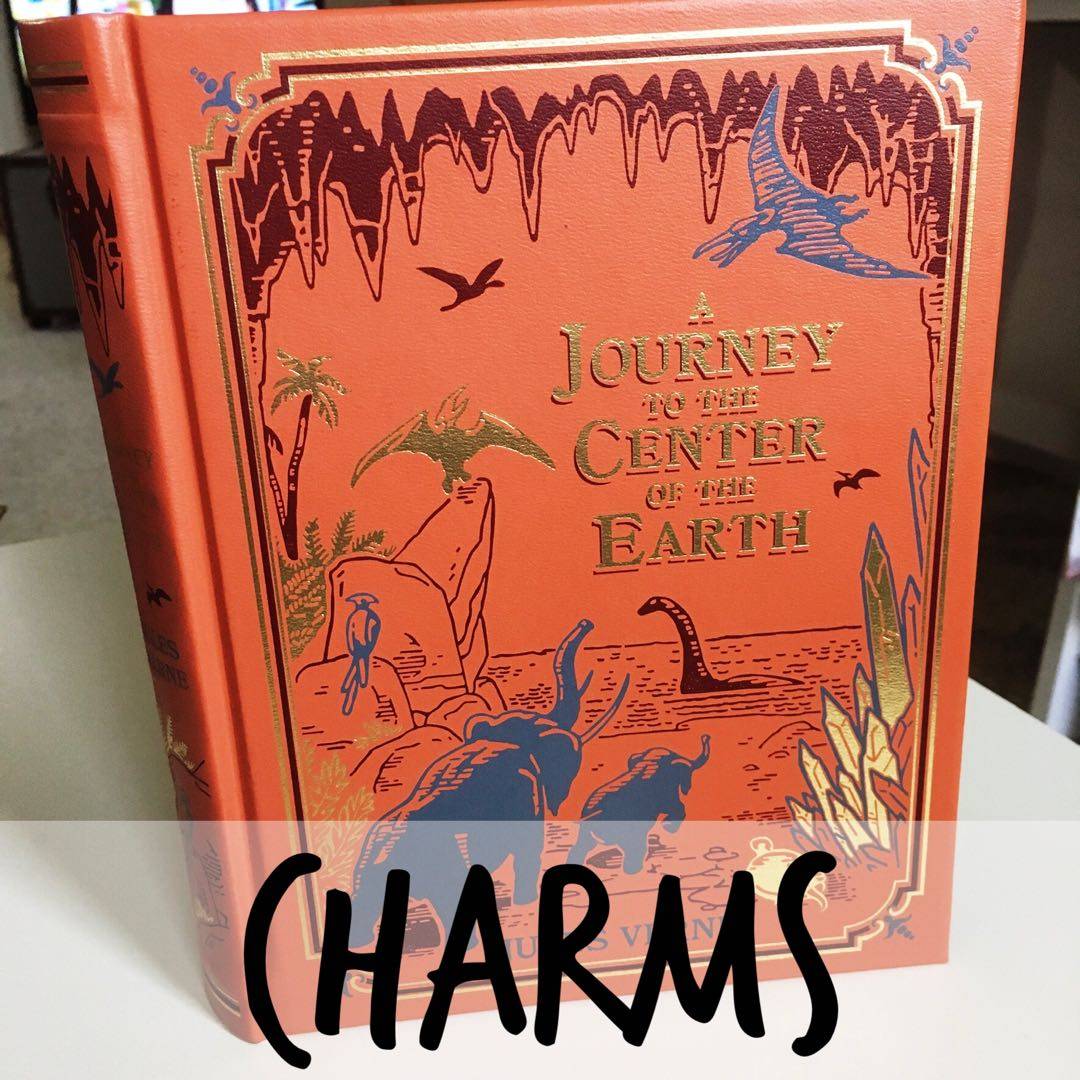 For my over detailed thoughts on this book, check out my goodreads review: https://www.goodreads.com/review/show/2618993897

@Birdsong28 I‘m using this for the title starting with J 👍

Progress on my #NEWTs has stalled a bit.....but I am enjoying this one and when I do sit down to read it goes pretty quick.

At 120 pages in the only issue I have right now is that we switch between formal and informal names at an alarming rate (feels like it‘s about every other paragraph or more). Anyone else notice that?

A cute story about a very numbers and detail oriented women who is worried her autism is keeping her from having a relationship. To solve this, she decides to hire a male escort to teach her about sex and how to act in a relationship. I really liked a lot of conversations Stella and Michael had and I loved how his day job worked well with her.

Schnoebs @Birdsong28 I‘m using this for the book nominated for (but didn‘t win) the 2018 goodreads choice award. Even though it did with an award, it didn‘t win the Debut Author award so I‘m counting it for #52booksin52weeks lol 5mo
Birdsong28 @Schnoebs It still counts lol 😘📚📖 5mo
34 likes2 comments

Getting started on this one next for my #newts and enjoying our last day on the lake!
#newtsreadathon2019 #magigalreadathon2019
#puremichigan

Not a perfect book, but a very good one. Tells a fictionalized account of an institutional "school" for boys, an alternative to prison, where boys were beaten and killed, especially in the black houses. Emotional portrayal, but not one that had me sobbing, which is kind of nice. Read this for the #BNbookclub, which I am hosting at my store tonight

Also, this was my E for Care of Magical Creatures in the #NEWTs #magical readathon

rjsthumbelina
Aru Shah and the End of Time: A Pandava Novel | Roshani Chokshi

I think I enjoyed this even more than the books Rick Riordan wrote! The best thing about this book is that it's HILARIOUS. I literally laughed out loud more than 5 times while reading. The adventure and the story are great, and I really liked most of the characters. The set up for the next book happened at the end of this one, so I will be getting my hands on a copy of the second one soon!

Schnoebs
The Orchid Thief: A True Story of Beauty and Obsession | Susan Orlean

A in Herbology NEWTs: 3⭐️

This was a fun read when you want something a bit ridiculous and weird to shake up your reading. With the whole Florida man news trend, this is definitely that idea in a book. It followed the trial of a man who stole orchids from a protected park and it showed how the results of that trial impacted his life and those involved in the issue. It was definitely a weird read and not for everyone but I‘m happy I gave it a try.

This might be the best storyline yet! Captain Marvel approaches Kamala and asks her to lead a group of vigilantes. They are using intel from someone who can predict the future to arrest people before they come crimes. The moral discussions about profiling and guilt v innocence in our society were SO GOOD. I also really liked learning about her family and seeing her make some very tough decisions

I had no idea that this book was going to be so brash, and not in a good way. I thought the beginning was very boring, but as it got into Bourdain's addictions I started to get more interested. Rather than being about what it's like to be a chef or work in the industry, it's very specific to his experiences. Also, in later chapters he mentions other cooks dying by suicide rather crassly, which was very strange, especially on audiobook