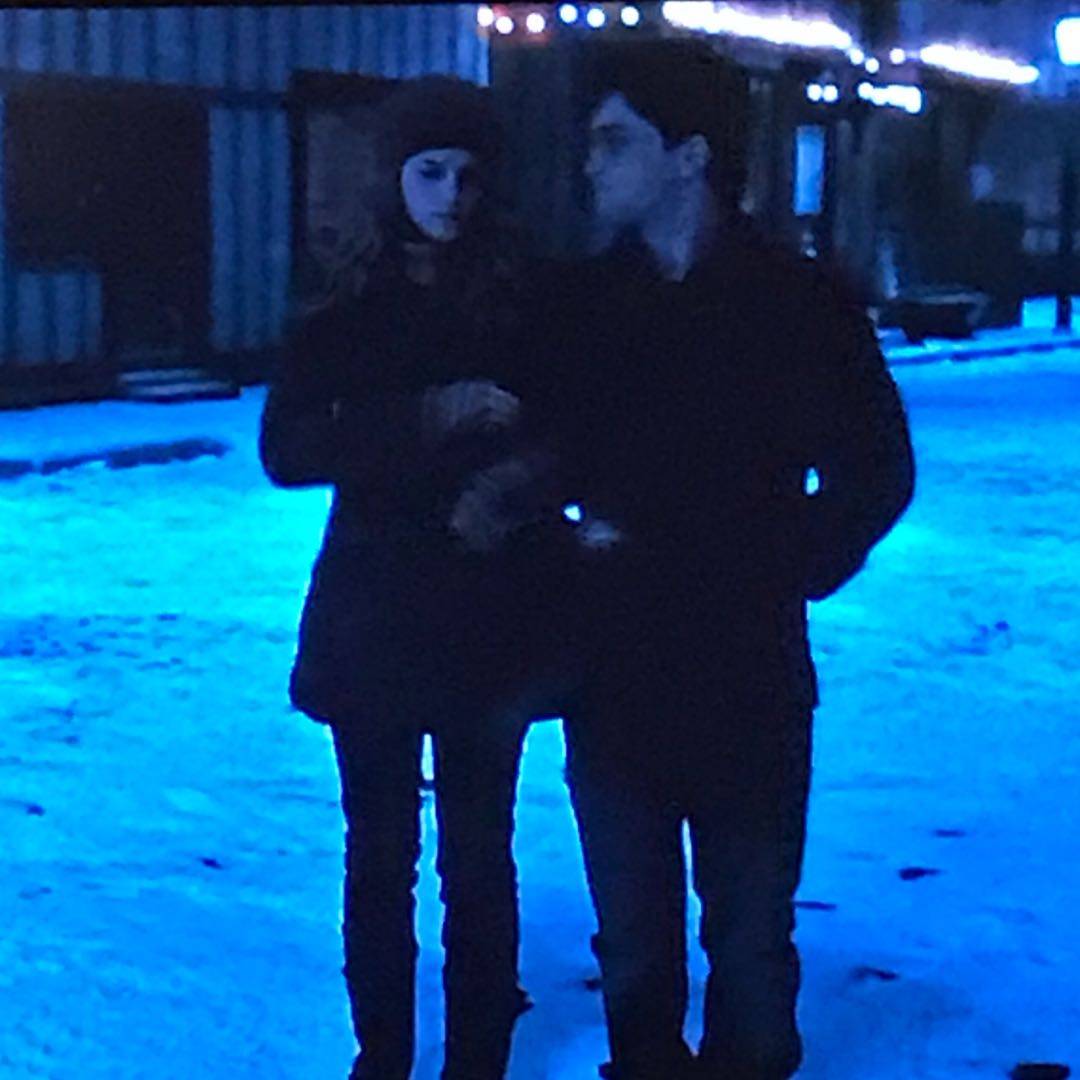 calling this one a #holidaymovie we‘re watching tonight since they go to Godric‘s Hollow on Christmas, right? 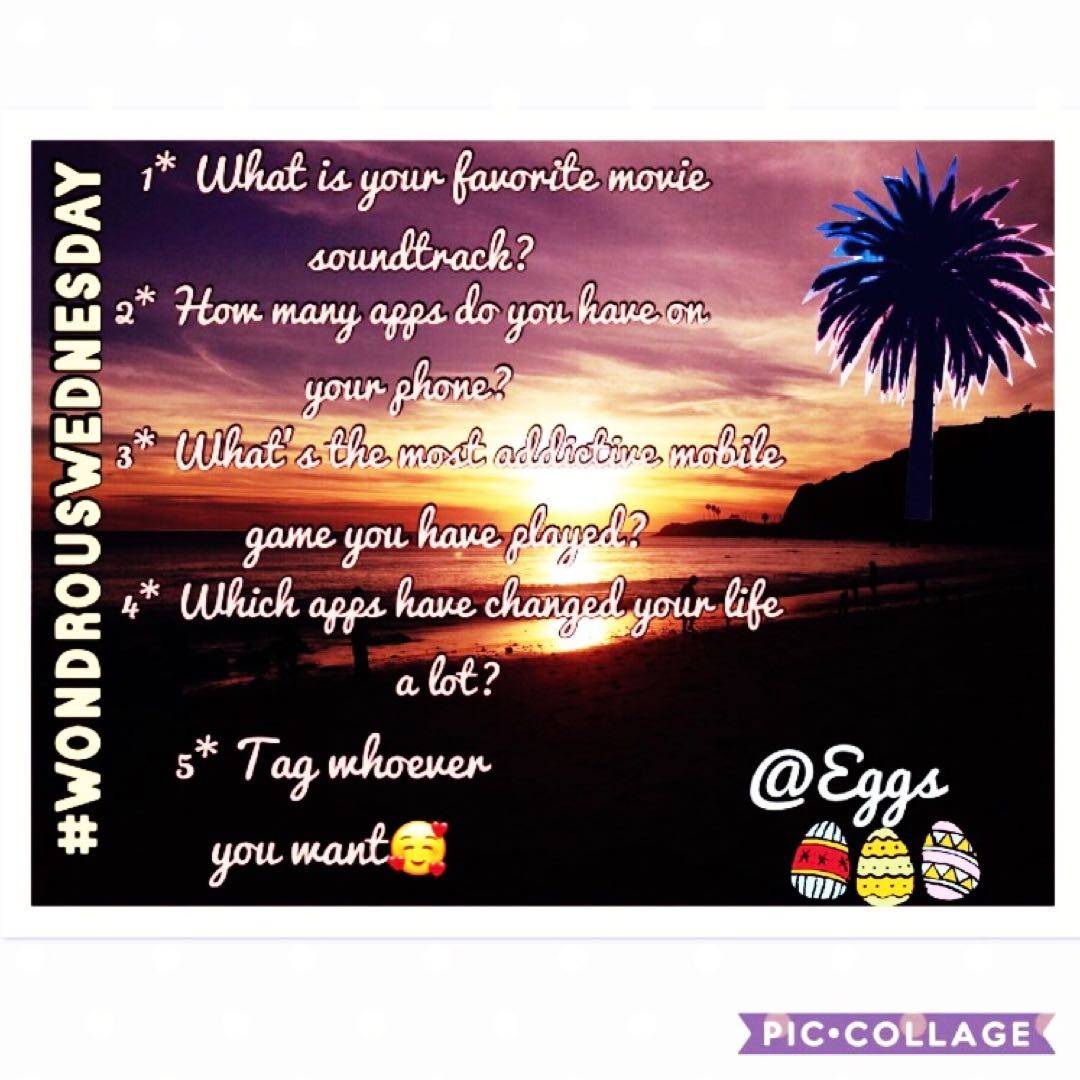 1. I love the Twilight and Hunger Games soundtracks!
2. 117 😬
3. Sally‘s Salon and Sally‘s Spa
4. Honestly? Bookly. It‘s made me actually read things, because I‘m a sucker for statistics. 😋
5. vvvvvvv

To read or watch Deathly Hallows? At little of both. Reading through the commercials. 😂

The music video, shot during the filming of Magnolia uses many of the film's actors, including Julianne Moore, Philip Seymour Hoffman, Tom Cruise, William H. Macy, and John C. Reilly. The video inserts Mann into various scenes from the film.

Besides Magnolia, the song has also been featured in episodes of the TV series Cold Case, Portlandia, Grace and Frankie, and HaShminiya, and the films The Jane Austen Book Club and The Edge of Seventeen.

I missed this one yesterday. I love this movie! The music is so good I had to get the piano music so I could play it. #Soundtrack #litsyclassics

erzascarletbookgasm
The Phantom of the Opera | Gaston Leroux

The musical, with music by Andrew Lloyd Webber, opened in London's West End in 1986, and on Broadway in 1988. It is the 2nd longest running West End musical based on the novel by Leroux. Anyone seen it?

Bambolina_81, Sarah83
jfalkens I'm supposed to see it in February! 2y
Crewgurl I‘ve seen it twice. It‘s pretty good. Definitely not my favorite, but enjoyable. 2y
Lynnsoprano I‘ve seen it and sung a couple of the songs. Truthfully, not my favorite musical. However, when we saw it, I had taken my chorus classes to a performance, and several of the actors and directors met with the students afterward to answer questions and talk about how the effects were done, which was great. 2y
See All 11 Comments
CouronneDhiver Yes! So good 😊 2y
Amanda.T One of my favorites! 💕 2y
erzascarletbookgasm @jfalkens Ooo, how exciting! Have fun! 2y
erzascarletbookgasm @Crewgurl @CouronneDhiver @Amanda.T How fabulous, envy you! I‘ve not seen it but read mixed reviews. 🙂 @Lynnsoprano that‘s so cool, the students must have been thrilled. 2y
jfalkens @erzascarletbookgasm thank you! I'm excited, it's part of a package of plays I'm supposed to see with my mother-in-law, her friend and sister-in-law. 2y
mrp27 Saw it in NYC in 2004. Although I like the story, not my favorite show. 2y
Lcsmcat Yes, I loved it! 2y
Butterflyamore Yes, I saw it in April. It was beautiful! 1y
68 likes11 comments

#LitsyClassics MayLovesClassics #day24 #Soundtrack I couldn‘t choose just one book(should I go for a novel about music like High Fidelity or a music biography?) so I‘m going with the app I use to soundtrack the book I‘m reading. For books set in the 80s there‘s Power Ballads, for books set in Scotland its bagpipes, Ireland its fiddle & Celtic folk songs for both. I made a special Aussie pub rock playlist recently for my first photo challenge too🎵

I had a hard time finding a title for a #soundtrack related to the classics, then stumbled across this one on my shelves. 🙂 #maylovesclassics

Bambolina_81, Sarah83
Melissa_J I‘ve never seen that movie 😱 But I‘ve read the play a few times 🤣 2y
LeahBergen @Melissa_J Well, my favourite movie version is (hands down) Franco Zeffirelli‘s 1968 one. THAT is perfection. This one will give you all sorts of 90s music nostalgia. It‘s awesome! 😂 2y
LauraBeth Lovefool 😂🙌 2y
See All 12 Comments
LeahBergen @LauraBeth Yes! The Cardigans! 😂 2y
batsy Excellent pick, I was quite obsessed with it too 😆 Was just listening to #1 Crush the other day 💘 2y
LeahBergen @batsy 😂 It‘s STILL good. Shhh! 2y
Reggie I would dieee for youuuuu I would lieeeee for youuuuu I‘ve been dying just to feel you by my side. Ahhh the memories.😌 2y
LeahBergen @Reggie And now I‘m singing that. 😆 2y
ValerieAndBooks I wonder if the music/lyrics to this is different from the opera that my younger son saw recently in NYC (music department trip)? Placido Domingo was the conductor. 2y
LeahBergen @ValerieAndBooks Oh, there‘s an opera? I‘m sure it‘s very different as this album is all 1990s indie-type music. How lucky for your son to go on that music department trip! 😍 2y
readordierachel Now this is stuck in my head! But I'm happy about it 😆 2y
LeahBergen @ReadOrDieRachel I‘ve been singing several of the songs since I posted this yesterday. 😆 2y
97 likes1 stack add12 comments