CoverToCoverGirl
All Quiet on the Western Front: A Novel | Erich Maria Remarque 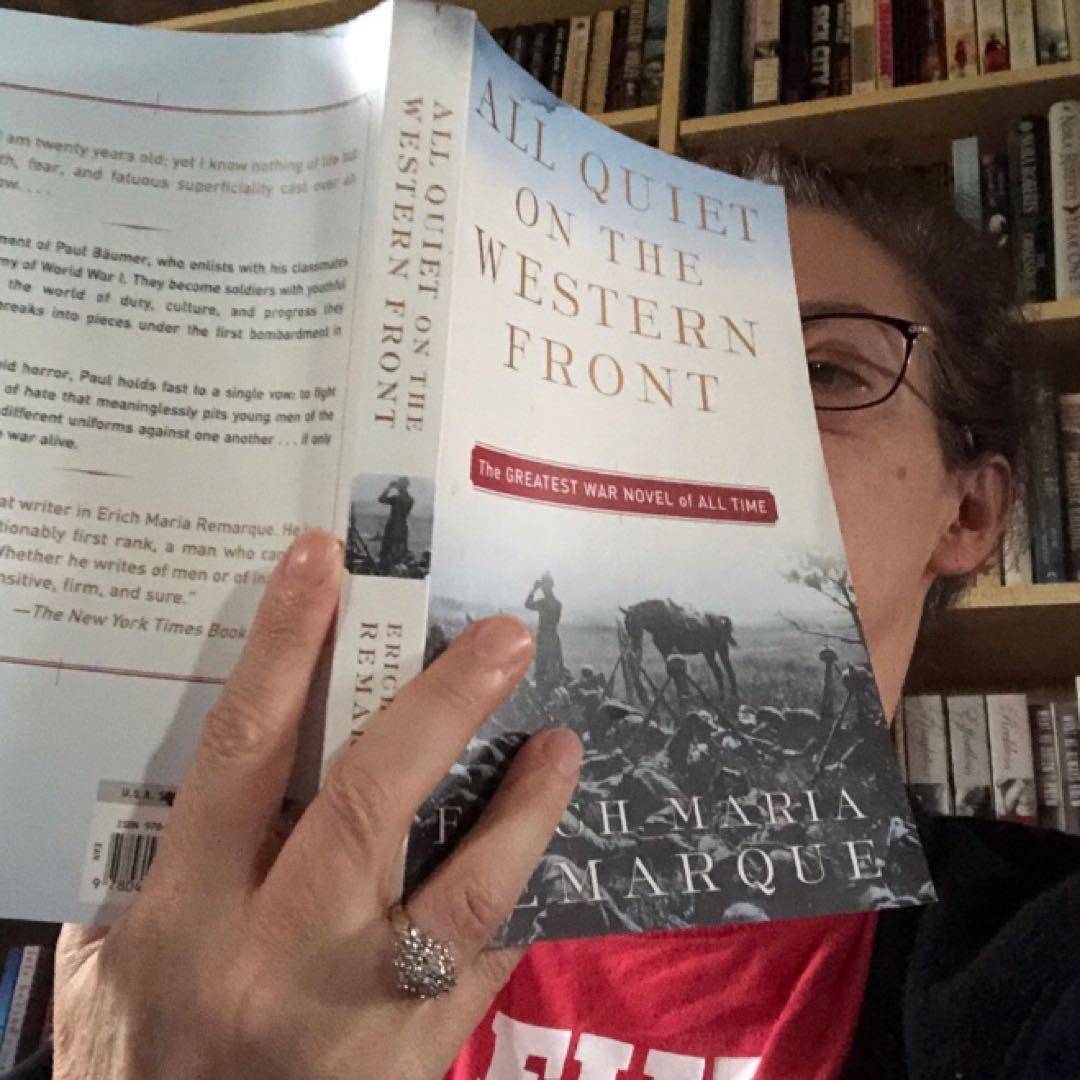 ”This book is to be neither an accusation nor a confession, and least of all an adventure, for death is not an adventure to those who stand face to face with it. It will try simply to tell of a generation of men who, even though they may have escaped shells, were destroyed by the war.”

Banned because it was a very real accounting of what war truly was. #CJWolfe

Clwojick, RadicalReader, TheReadingMermaid
TheReadingMermaid Very nice 👌😊 8mo
Clwojick Way to go! I love this! ♥️💪🏻📚 8mo
Melissa_J This one was required reading in one of my university history courses, and I had to read it shortly after visiting a whole bunch of WWI battlefield and Commonwealth War Graves sites in France and Belgium as part of the same course. I cry easily, but holy cow did I ever bawl over this book! (edited) 8mo
44 likes2 stack adds3 comments 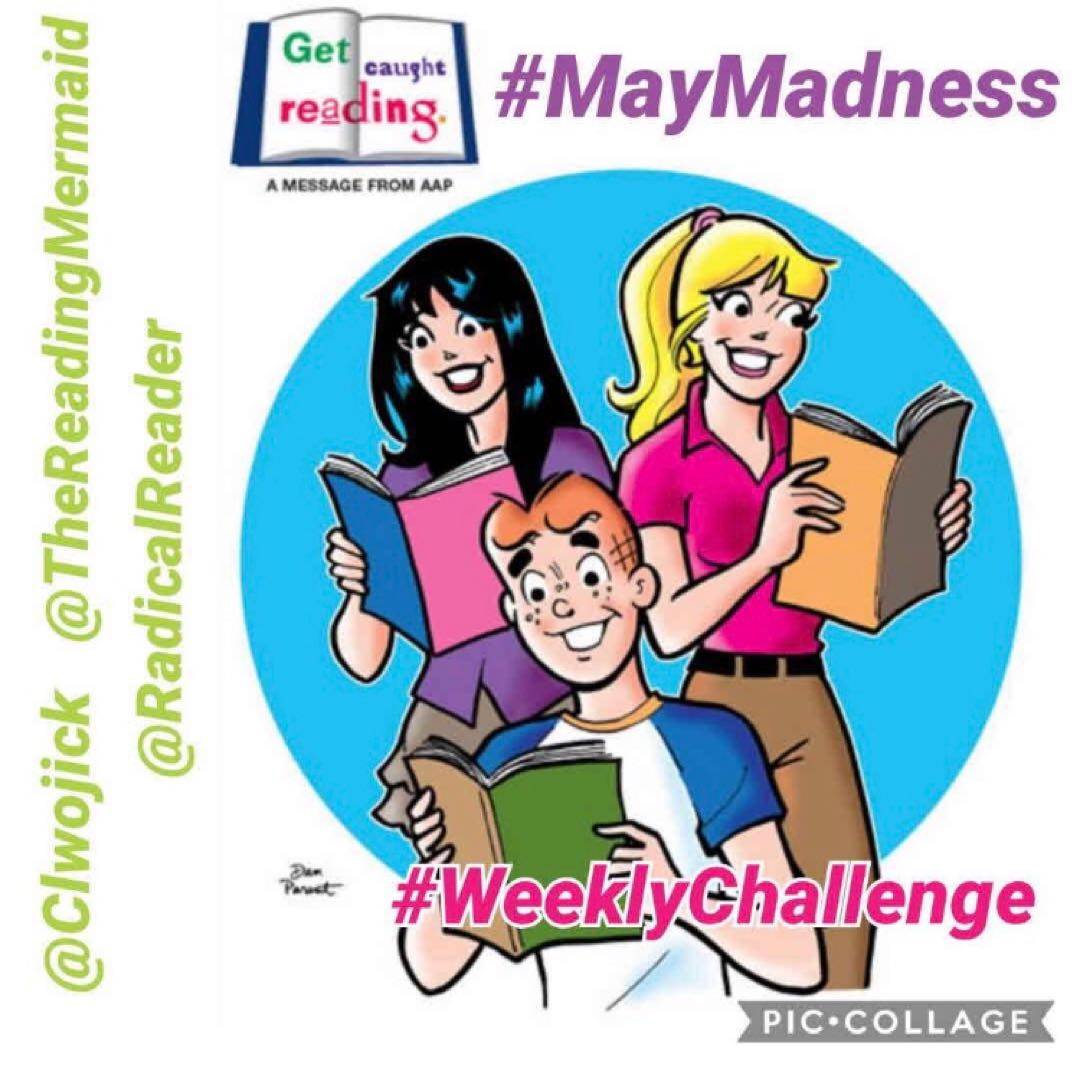 May is “Get caught reading” month, & we are celebrating Banned books this week. So for this weeks #WeeklyChallenge we have devised a way to celebrate both.

Take a selfie or have somebody take a picture of you reading a #BannedBook. Then post it and tag us! Get creative and have fun with it, but most of all get caught reading! 😍🤓🤩🤪

May is get caught reading month! We are also celebrating banned books this week. So for this week's #WeeklyChallenge we have devised a way to celebrate both.

Take a selfie or have somebody take a picture of you reading a Banned Book. Then post it and tag us! Get creative and have fun with it but most of all get caught reading!!!! 🤩🤩🤩

Okay guys here is my favorite villain! Meet Carnage! His first appearance was in The Amazing Spider-Man # 360 (which I own a copy of). Originally a serial killer named Cletus Kasady, he bonded with the offspring of the symbiote Venom and became something much much worse.
I think Carnage doesn't get a lot of credit that is due to him as a super villain. IMO he is the most badass super villain out there. 🖤❤️🖤
#MayMadness #WeeklyChallenge

For Week 3 of our #MayMadness #WeeklyChallenge we want to talk about comic book and graphic novel villains!

Who is your favorite and why? Post a pic and tag us 😃

Hey everybody! This week we wanted to make a fun, silly challenge for you guys! For a #NewToYou book or author, simply guess the plot based on the cover (no reading the back cover description). Then read the book and see if you were correct. That's it! Simple and fun 😁

This is great if you are participating in the #NetgalleyReadathon .

Hey guys! Who‘s joining us for the #NetGalleyReadathon? If you‘re joining us, your #MayMadness #MiniChallenge is to set your goals for the weekend Readathon!

Clwojick, RadicalReader, Jen_Reads, TheReadingMermaid, Samplergal
Clwojick
I‘ll have a busy Saturday night and Sunday morning, but I‘m still hoping to get 30 reviews posted! I have already finished reading a handful of books, but have yet to post my reviews. After that, I‘ll tackle my quick reads and get those out of the pot as well! I have over 400, so I‘m taking the easy route! 9mo
SaturnDoo Is there a separate/different mini challenge for those of us who don't do Netgalley? Just wondering 😊❤😊 9mo
Clwojick @SaturnDoo You could set a goal for how many hours your hoping to read this weekend? We will also have the main #WeeklyChallenge tomorrow! 😆 9mo
SaturnDoo @Clwojick ok I think I can handle that 😃 Since I don't do the Netgalley thing, I might set a goal for the scavenger hunt since I haven't started it yet. 9mo
Clwojick @SaturnDoo Thats a great idea! 9mo
52 likes5 comments