Addison_Reads
Stonewall: Breaking Out in the Fight for Gay Rights | Ann Bausum 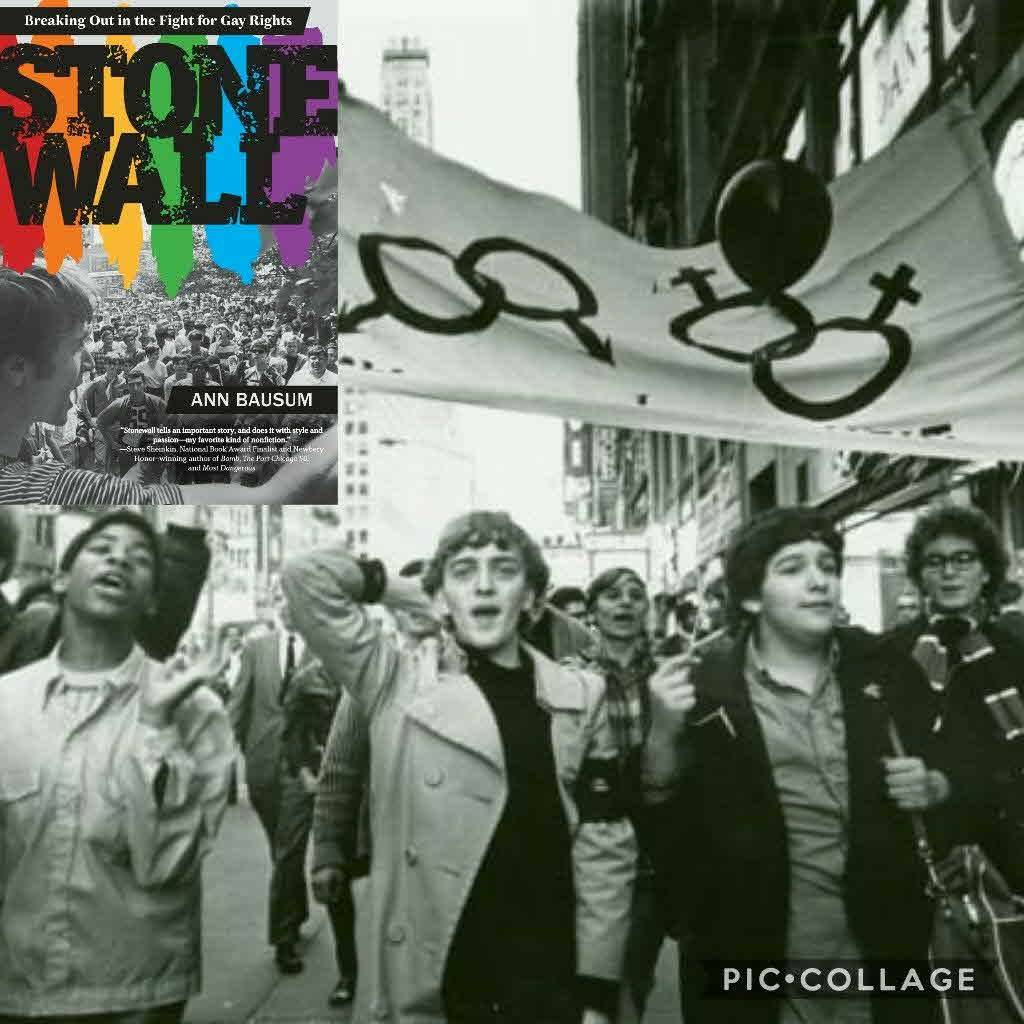 Great book to introduce teen readers to the Stonewall riots.

My nephew was reading it for an AP English class, so I decided to give it a try. Not knowing much about the events at the Stonewall Inn, I found this book very informative and it made me want to find other books dealing with the topic.

Riveted_Reader_Melissa Sounds excellent! Stacking! 2d
Scochrane26 I would like to know more about this piece of history, too. 2d
34 likes5 stack adds2 comments

DarcysMom
Will My Cat Eat My Eyeballs?: Big Questions from Tiny Mortals About Death | Caitlin Doughty 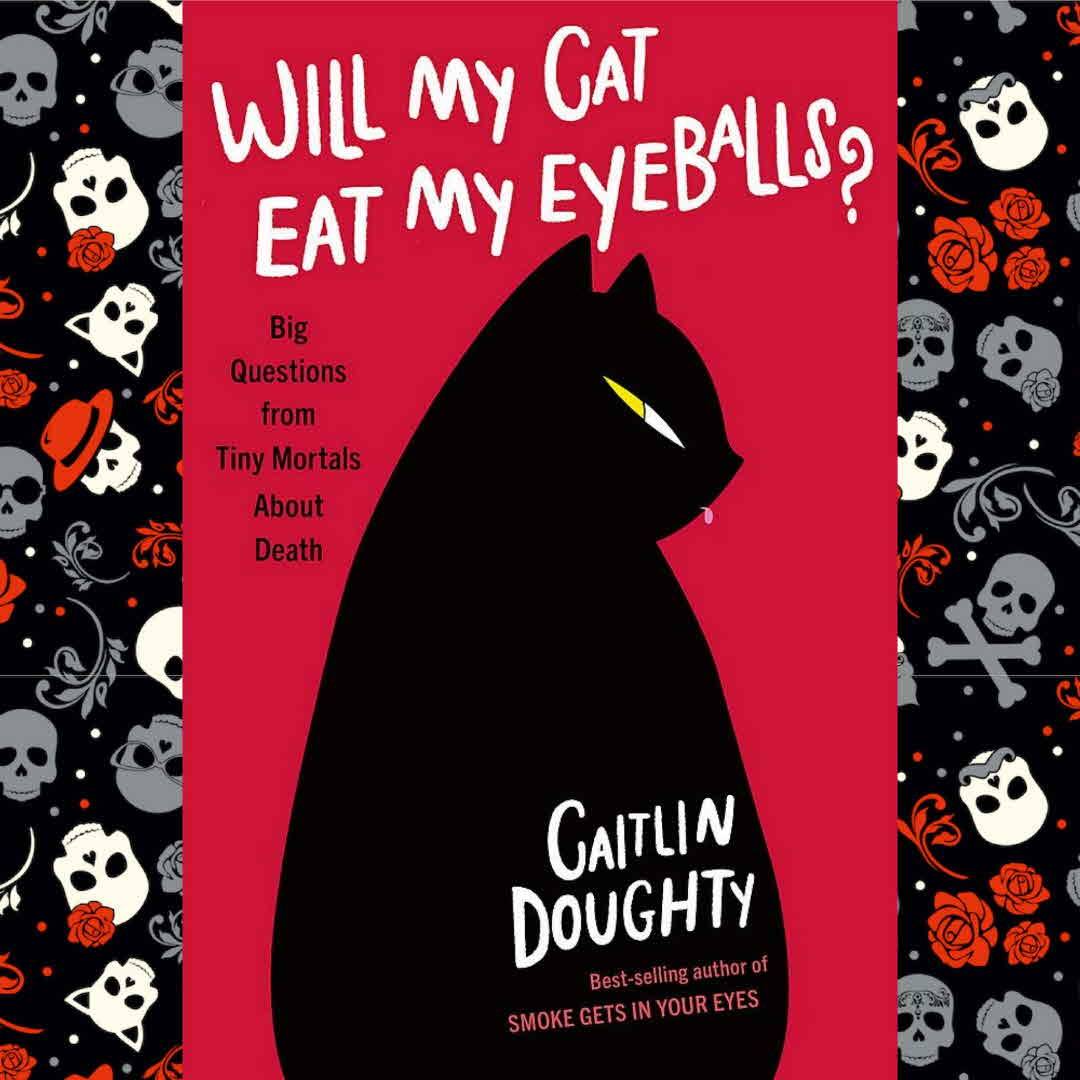 This book was a difficult read because my sister is an addict who started with pain pills, but I found it to be a well done account of a terrible crisis. Macy gives several different viewpoints from people and her research into the drug company was informative and insightful.

Another book marked off for #Nonfiction2020. @Riveted_Reader_Melissa

InBooksILive 2 of my brothers struggle with addiction as well. It's tough 4d
Addison_Reads @InBooksILive I'm thankful for books like this one too help me deal with the questions I have. Sending positive vibes your way because you're right, it's tough. 4d
InBooksILive This one is also a good one.

Heroine
4d
See All 9 Comments
InBooksILive And this one. Bawled my eyes out.

Before I Let You Go
4d
Addison_Reads @InBooksILive I will add those to my TBR. Thank you. ☺ 4d
Riveted_Reader_Melissa This is on my list to read too. I‘m sure it will be a tough read, but worth it. 4d
Hooked_on_books I thought this one was done really well, but I could see that it would certainly be a harder read with your family situation. I read a book a few years ago about the “how” of this epidemic happening. It‘s outstanding but may or may not be something you‘re looking for.

Dreamland: The True Tale of America's Opiate Epidemic
4d
Addison_Reads @Hooked_on_books That one is on my TBR. I'll have to bump it up. Thank you for the recommendation. 3d
Crazeedi @Addison_Reads addiction in my family too. Hard. Hugs.💕 3d
47 likes5 stack adds9 comments

RachelO
Nonfiction Reading Power: Teaching Students how to Think While They Read All Kinds of Information | Adrienne Gear

Smarkies
Why Not Me? | Mindy Kaling

Tagging this book for #somethingaboutrace for #nonfiction2020 as Mindy does talk about being Indian in Hollywood in a few of the essays.

BookNAround Guess what arrived in my mailbox today? A Christmas card from you! It must have gone around the world twice, backwards to take so long. LOL! 5d
Smarkies @BookNAround LOL. Good that it has arrived though. 😂😂 5d
17 likes2 comments

The story of China‘s most radical experiment. #nonfiction2020 #othercountry A through look at the one child policy in China over a long timespan. it was really interesting to see the impact now and into the future, even after the policy ended. The author is an award winning journalist with more than a decade of reporting in Asia. I thought this was fascinating!

Riveted_Reader_Melissa
Riveted_Reader_Melissa That sounds very fascinating! 1w
Megabooks I‘ve been meaning to watch the documentary on this on Amazon. 1w
Suet624 I've been meaning to read this. Thanks for the reminder. 1w
AnneFindsJoy @Megabooks ooh I didn‘t know there was a documentary, I definitely want to watch that now, thanks for the tip! 1w
Butterfinger I was fascinated by this book. 1w
41 likes2 stack adds5 comments

Vivian Ho, while working as a crime beat reporter for the San Francisco Chronicle first encounters “The Drifters” ; Morrison Haze, Lila Scott & Sean Angold when they were arrested for the murder of 2 innocent victims.

The trio was living in Haight-Ashbury, part of the “street kid” culture, who during a drug induced bender shot, robbed & killed Audrey Carey & a day later Steve Carter, for his car👇🏽

Riveted_Reader_Melissa, BarbaraTheBibliophage
Cinfhen
Drawn to understand what drives kids to choose this lifestyle she traces the lives of the trio and others living outdoors on streets and parks.
Very grim, sad & sobering. Seems for most of these “kids” it‘s a viscous cycle of poverty, abuse, drug addiction, neglect and horrific trauma. 2w
Cinfhen Challenge prompts #NonFiction2020 #AboutHousing #MandMchallenge2020 #Outdoors 2w
Cinfhen #TearJerker #ReadingWithMrBook @mrbook 2w
See All 21 Comments
MidnightBookGirl This sounds like a rough read, but an important one. I'll have to keep it in mind for True Crime book club. 2w
Cinfhen I think it‘s more of a sociological study than a true crime story @MidnightBookGirl Ho doesn‘t really shed new light on the crime but does share a deep dive on how kids end up on the streets 💔 2w
CocoReads Sounds good but depressing. Also important. It‘s such a vicious cycle. 2w
Cinfhen It was really upsetting @CocoReads because for some of these “kids” the streets really are safer than the “homes” they know 😭😭 2w
CocoReads @Cinfhen it‘s a sad fact of life for many-at least here in the US. I can‘t speak to the rest of the world but we are definitely failing to do right by our kids. 2w
Cinfhen I‘m afraid it‘s a world wide epidemic @CocoReads 💔💔💔 2w
Riveted_Reader_Melissa @Cinfhen Sounds like a tough, but very important read. 2w
Riveted_Reader_Melissa @CocoReads Sadly, I agree...we are failing there. 2w
Kalalalatja Sounds really interesting! 2w
Cinfhen It really was a sad read especially because of the ages of these street kids and their personal experiences are so traumatic @Kalalalatja @Riveted_Reader_Melissa there are kids as young as 11 & 12 living alone 2w
TrishB 💔😞 2w
Riveted_Reader_Melissa @Cinfhen And isn‘t that just insanely crazy. We should be able to do better as a whole species than that! 2w
Megabooks Just started this. I‘m jumping around a bit on the kindle, but I‘m hoping I can settle into this one. Thank you for reminding me about it. 💙 I‘m hoping not to cry too much. 😢😢 2w
Cinfhen I bought the audio narration for $1.99 since I owned it on Kindle too. The narrator was excellent and that helped me settle into the book @Megabooks 2w
Cinfhen Is homeless youth a problem in UK @TrishB I would think the weather would hinder their survival. Out West in the US the temperature is “beneficial” & alluring to these “houselessness” kids. They prefer “houseless” to “homeless” because they consider their street “family” like a home @Riveted_Reader_Melissa 😭 2w
TrishB It‘s a massive problem, getting worse everyday and little tent cities popping up in major cities. I don‘t know if it‘s more prevalent in any age group though. It makes me sad and angry. People do die because of the cold 😢 2w
Cinfhen The author mentions the addition of tent cities popping up across the states so interesting to hear it‘s happening across the pond too @TrishB 2w
Reviewsbylola You‘re killing it with the NF! 1w
101 likes5 stack adds21 comments

This is book #12 from my #bookspin pile. I bought it on a whim and it has been in my TBR pile for the longest time. 😂😂
Here is to reading it this February. Looking at the cover now I may be able to include this for #booked2020 for #animaloncover and maybe for some #nonfiction2020 prompt.

TheAromaofBooks Oh this looks like an interesting one. Can't wait to see your review!! 2w
Smarkies @TheAromaofBooks just started it today so will let you know! 😁 2w
21 likes2 comments