The Fellowship of the Ring: Being the First Part of The Lord of the Rings
J.R.R. Tolkien
12 users recently

Speak 20th Anniversary Edition | Laurie Halse Anderson
6 posts | 15 read | 14 to read
"Speak up for yourself--we want to know what you have to say." From the first moment of her freshman year at Merryweather High, Melinda knows this is a big fat lie, part of the nonsense of high school. She is friendless, outcast, because she busted an end-of-summer party by calling the cops, so now nobody will talk to her, let alone listen to her. As time passes, she becomes increasingly isolated and practically stops talking altogether. Only her art class offers any solace, and it is through her work on an art project that she is finally able to face what really happened at that terrible party: she was raped by an upperclassman, a guy who still attends Merryweather and is still a threat to her. Her healing process has just begun when she has another violent encounter with him. But this time Melinda fights back, refuses to be silent, and thereby achieves a measure of vindication. A timeless novel about consent and finding the courage to speak up for yourself, the twentieth anniversary edition of the classic novel that has spoken to so many young adults now includes a new introduction by acclaimed writer, host, speaker, and cultural commentator Ashley C. Ford as well as an afterword by New York Times-bestselling author of All American Boys and Long Way Down, Jason Reynolds. This edition will also feature an updated Q&A, resource list, and essay and poem from Laurie Halse Anderson.Praise for Speak "In a stunning first novel, Anderson uses keen observations and vivid imagery to pull readers into the head of an isolated teenager. . . . Will leave readers touched and inspired."--Publishers Weekly, starred review"An uncannily funny book even as it plumbs the darkness, Speak will hold readers from first word to last."--The Horn Book, starred reviewPraise for Speak: The Graphic Novel: "[Emily Carroll] should be recognized as one of the best graphic storytellers out there."--Kate Beaton, author of Hark! A Vagrant"What a talent. What a voice."--Mark Siegel, author of Sailor Twain, or The Mermaid in the Hudson"Carroll knows how to capture uncomfortable emotions--guilt, regret, possessiveness, envy--and transform them into hair-raising narratives."--New York Times Book Review Accolades for Speak New York Times BestsellerPublishers Weekly BestsellerMichael L. Printz Honor BookNational Book Award FinalistEdgar Allan Poe Award FinalistLos Angeles Times Book Prize FinalistALA Top Ten Best Book for Young AdultsALA Quick PickPublishers Weekly Best Book of the YearBooklist Top Ten First NovelBCCB Blue Ribbon BookSchool Library Journal Best Book of the Year 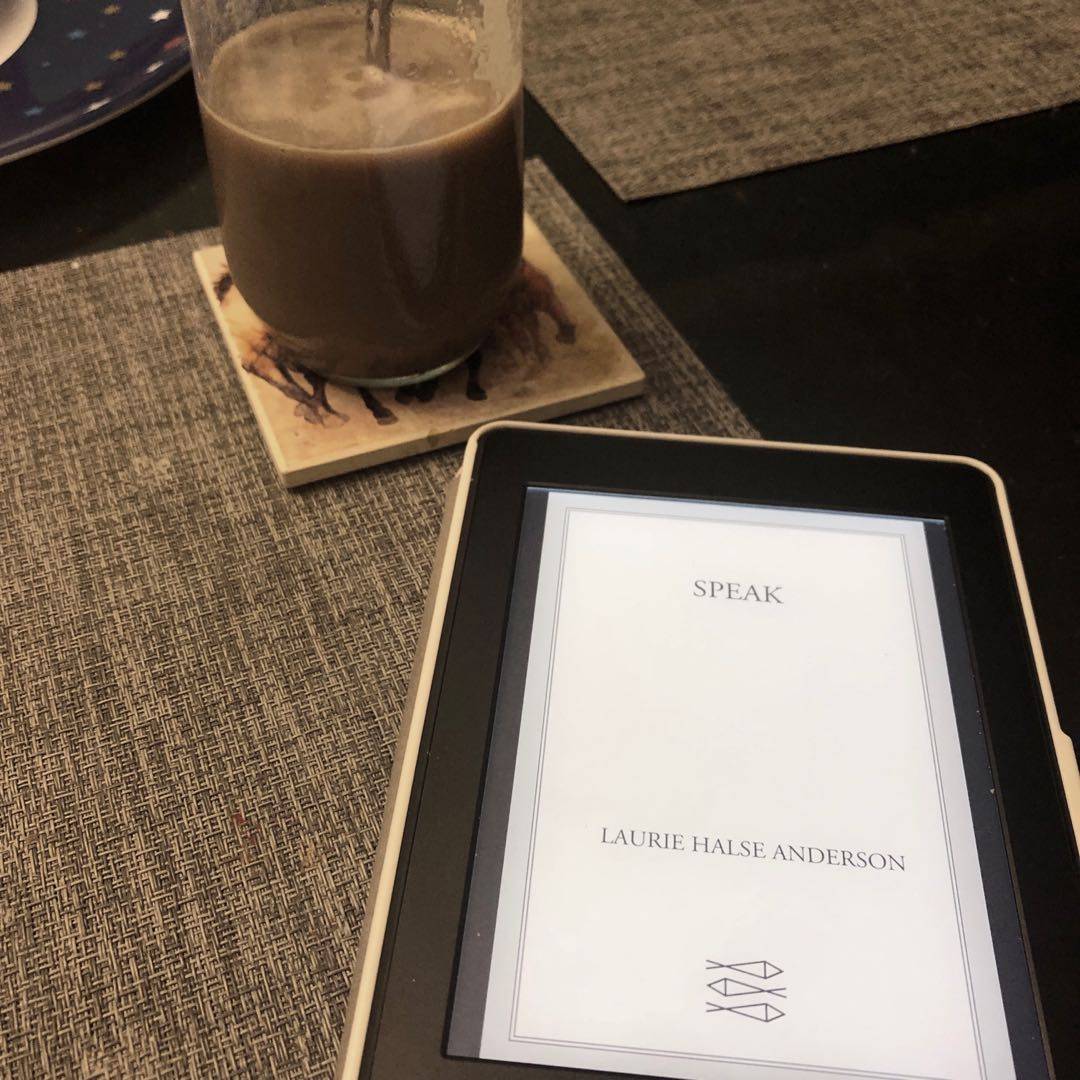 Speak centers on a young teenager, Melinda, who struggles to find her voice in high school.

Why can‘t she just talk? Why can‘t she speak up for herself? Why doesn‘t anyone hear her screaming on the inside?

Why. She was raped by an older student this past summer at a party.

Heartwrenching and a necessary read for young adults. Loved the short chapters and concept of trying to fit in when you‘ve been through something that makes you feel alone.

StellaDz I believe this was also made into a graphic novel, which is beautiful and heart wrenching. 9mo
KristenDuck @StellaDz I‘d love to see the graphic novel! I‘ll look into that. 9mo
StellaDz It was absolutely beautiful. The art was stunning 9mo
StellaDz This is it! 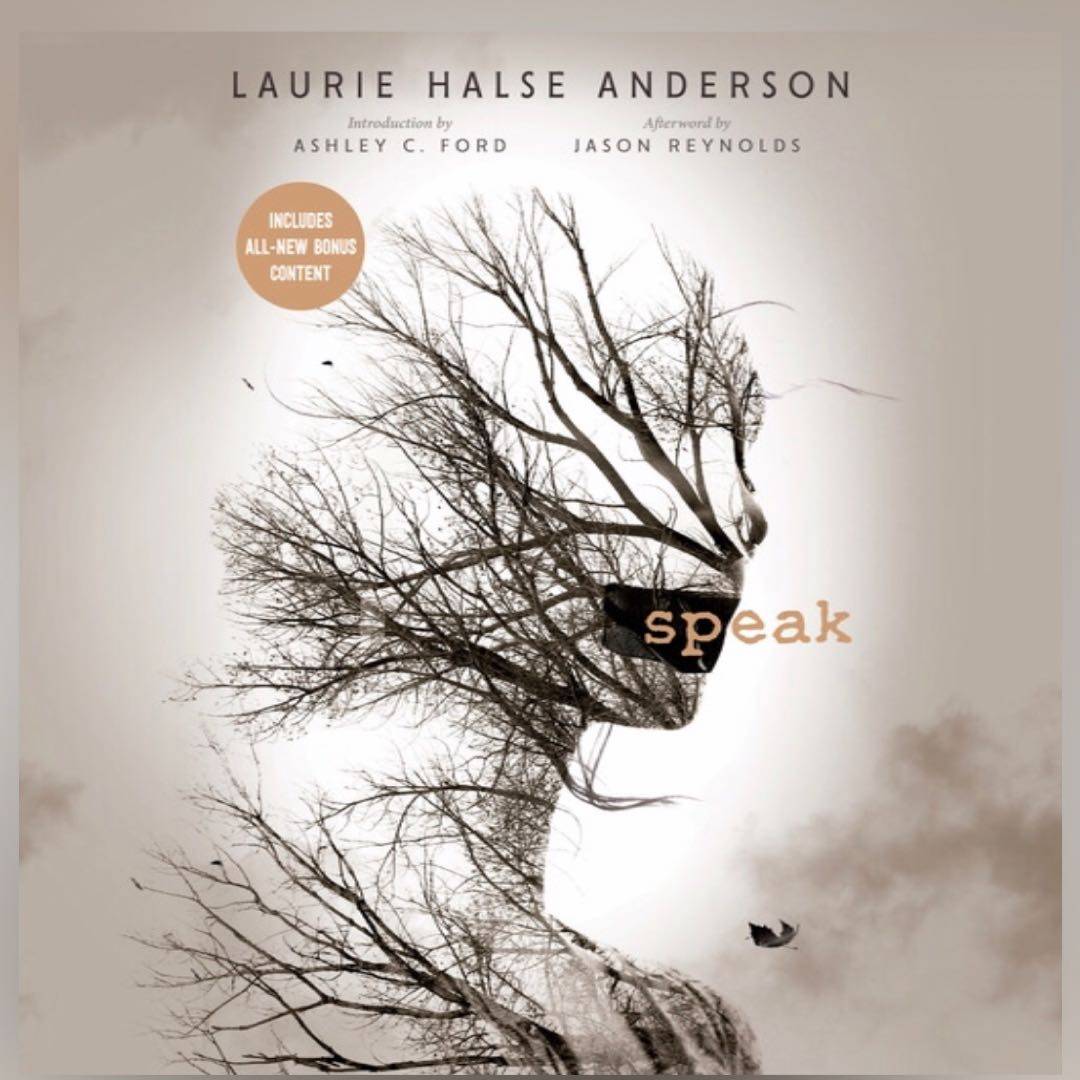 What an important book. 🖤

Wow! This was one of the most heartbreaking and powerful reads that I have ever read! I can't imagine going through what Melinda went through. It breaks my heart to know so many people have felt this way including some of my family members. No one should ever have to feel the way that Melinda did. We need to educate everyone that NO means NO and we need to respect others and support people who have need to be supported. Must read!

bookranters I love this book. It's in my pile to re-read!! 11mo
Lovesbooks87 @bookranters I preordered the authors other book that comes out next week. 11mo
bookranters @Lovesbooks87 hope it's just as good! 11mo
See All 8 Comments
Ashley85 Dang I own this one and just passed it up in my TBR stack for another one! 11mo
Coffeedaily I can‘t tell from the cover which version this is but there‘s a graphic novel version that is so powerful and demands attention. Both versions are exceptional. 11mo
Shley9225 Is that the 20th anniversary edition? 11mo
Lovesbooks87 @Shley9225 yes. 11mo
Lovesbooks87 @Coffeedaily it's the 20th anniversary edition. I was thinking about getting the graphic novel to read. But haven't decided yet. 11mo
74 likes6 stack adds8 comments

With the snow we got yesterday, the school I work at had a little delay this morning. Which means a little bit of extra reading time this morning. Ruby decided to join me and give my book some extra love! 💜📚🐱💜📚🐱

“You are not alone we‘re here too” This book wow! Very eye opening!! No one should ever feel how Melinda felt!!! #speak

Look at this beauty! ❤️❤️❤️