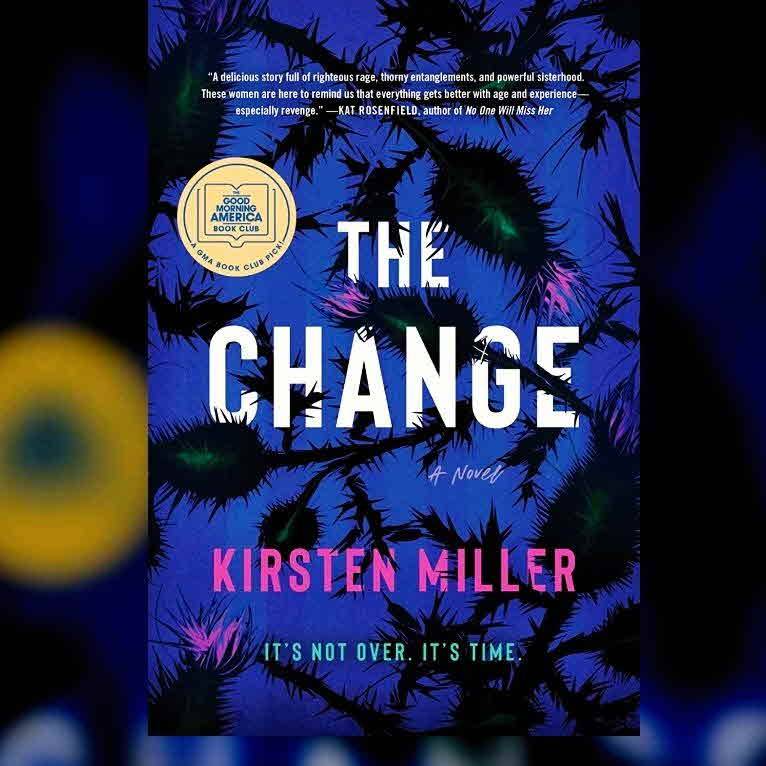 This was the best book that I've read in awhile. I'm in my forties & really needed a break from teenage & twenty something heroines. Three women: Nessa, Harriet & Jo who are all going through the change & developing magical powers that they use to solve the murder of a bunch of dead girls.
#BFC2022 @wanderinglynn
#BookSpinBingo @TheAromaofBooks
#NoShameReadathon22 #UrbanFantasy @Nessavamusic
#RoaringWolf #Beach @Littlewolf1 @Roary47

Roary47 I‘m glad it was a good one! 💛 1mo
kspenmoll Great review! 1mo
Nessavamusic This one does look good! 1mo
TheAromaofBooks Great progress!!! 1mo
5feet.of.fury YES. I am 37 and I can take a young protagonist in a fantasy book if it‘s good but sometimes it grates on me, and I hate reading thrillers or procedurals and the chief of police, head medical examiner or lead detective is 25. I enjoyed this break away from the traditional “discovering your power age group” 1mo
67 likes1 stack add5 comments 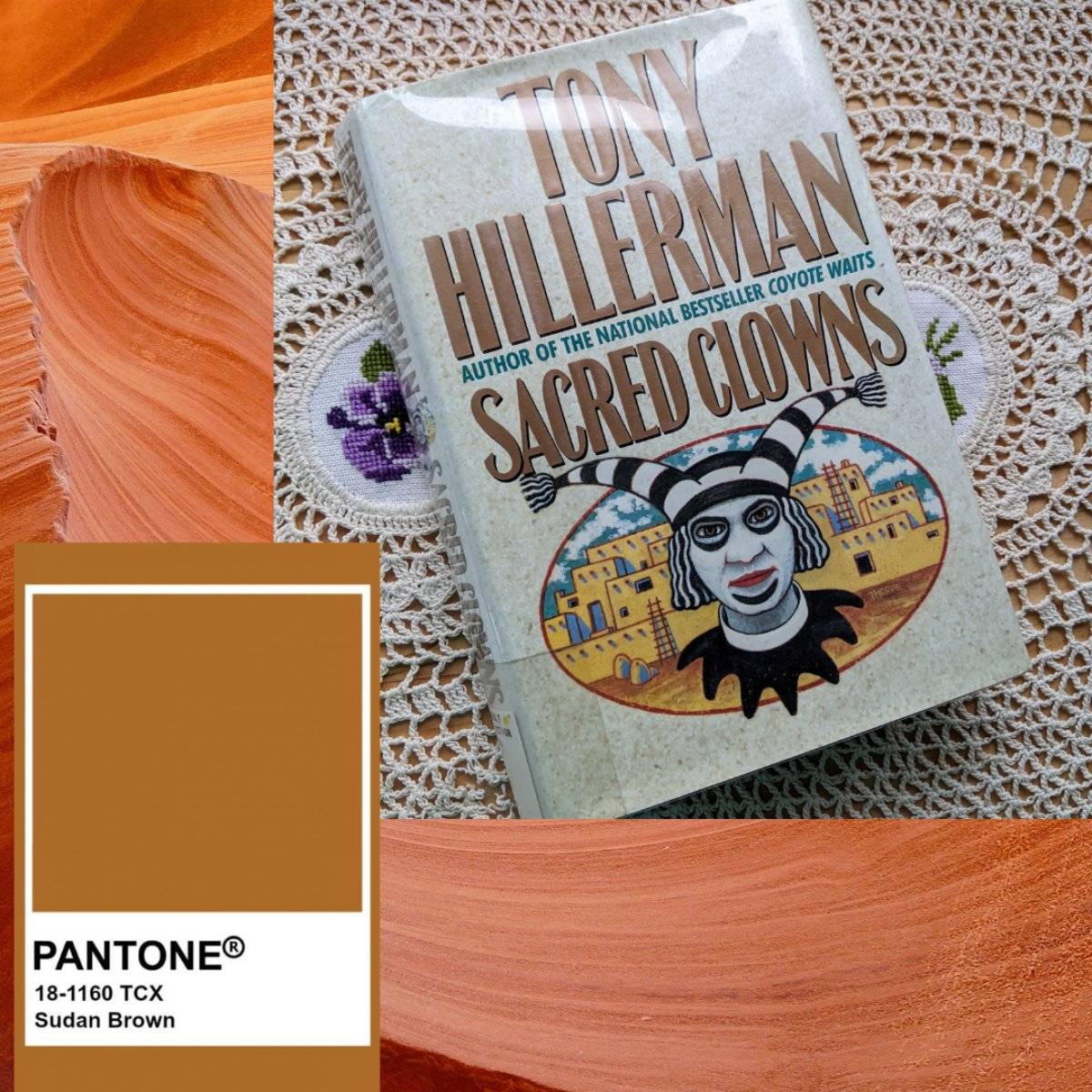 I was pretty excited to pick up the next installment of the Leaphorn & Chee series. There was good pacing here, and even though there was still a bit too much of Chee mooning over what to do about Janet, I really enjoy exploring his desire to balance his religious beliefs with his police work. At one point, he is trying to explain to Janet how he defines the Navajo concept of “hozho,“ a sort of state of harmony and balance. He says ⬇

TheAromaofBooks (cont'd) “[an example] - terrible drought, crops dead, sheep dying. Spring dried out. No water. The Hopi, or the Christian, maybe the Moslem, they pray for rain. The Navajo has the proper ceremony done to restore himself to harmony with the drought.“

Chee's genuine belief in the traditions and ceremonies of the Navajo are balanced by the more pragmatic Leaphorn who, while not scornful, is definitely skeptical. I'm really enjoying this series ⬇ 2mo
TheAromaofBooks (cont'd) and am already looking forward to the next!!

I don't typically read contemporary romance but I loved this book. Eva writes supernatural romance novels. It started as a way to get over her lost love Shane. But now he's back. I wish Eva's books were real, especially the last one.
Can't wait for the discussion #Summerheat
@Cinfhen @BarbaraBB
#BFC2022 @wanderinglynn
#BookSpinBingo @TheAromaofBooks
#Pantone2022 #nosegay @Clwojick
#NoShameReadathon22 #ContemporaryRomance @Nessavamusic

BookwormAHN #WickedWords #June @AsYouWish #RoaringWolf #Heatwave @Littlewolf1 @Roary47 2mo
Cinfhen Woohoo 🙌🏻 so glad this romance worked for you!!! Can‘t wait to discuss ❤️‍🔥 2mo
Clwojick I really enjoyed this one too! ✨ 2mo
Nessavamusic I have heard good things about this one. I really need to get to it! 2mo
TheAromaofBooks Yay!!! 2mo
62 likes3 stack adds5 comments

Our second prize winner for #NoShameReadathon22 is @kimmypete1
Yay for reading all kinds of fun genres!
Email me at vjthomsen@gmail.com with a book you have been wanting. One more drawing in October for anyone who wants to participate! #nsr22

Our second prize winner for #NoShameReadathon22 is @kimmypete1
Yay for reading all kinds of fun genres!
Email me at vjthomsen@gmail.com with a book you have been wanting. One more drawing in October for anyone who wants to participate! #nsr22

This was my May #LMPBC read. It took me a little while to get into - the book starts slow and Kristoff uses copious footnotes in Part 1 so a LOT of tiny print!! But after that the pace began to pick up and I found myself really invested in these characters and what was happening. The world-building was vivid and engaging and I found the concept of sand krakens to be delightfully terrifying. This is a little darker than my usual fare and I'm not ⬇

TheAromaofBooks (cont'd) sure I'll finish the trilogy, but it was still a solid pick. Keep in mind this is definitely adult fantasy rather than YA.

@Laughterhp I'll let you know when this one is headed your way!!

#Booked2022 - Dark Academia @Cinfhen @4thhouseontheleft @Barbarathebibliophage
#NoShameReadathon22 - Sword & Sorcery @Nessavamusic
#BookSpinBingo 2mo
Cinfhen Woohoo 🎉 🤓 2mo
thereadingpal OH I LOVED this series so much! 2mo
See All 6 Comments
Nessavamusic Nice! I think I read that one a while ago, but I‘m not sure, may call for a reread. 2mo
Chrissyreadit I agree- I doubt I will finish the trilogy but glad I read it. The footnotes irritated me a little bit. 2mo
BookwormAHN I was torn between thinking they were entertaining and ridiculous. 2mo
61 likes1 stack add6 comments

My final review as this will finally catch me up!! Woohoo!!

I really enjoyed these short stories, but I think it's because I read them in their recommended order scattered throughout the series instead of just sitting down and reading them all in one go. Interspersed, they added background and depth to the main books. As a collection, they aren't in any order that I can tell and I think they would lose a lot of their impact. I especially enjoyed⬇

TheAromaofBooks (cont'd) the final story, set after the Wires & Nerve graphic novels, that serves as an epilogue for the series and was really fun. There is also a retelling of The Little Mermaid that I liked a lot. All in all, I absolutely loved the Lunar Chronicles and am glad I've been adding these to my permanent library as I go along - I'll definitely be rereading them sometime!

LitsyEvents
Have No Shame | Melissa Foster

#NoShameReadathon22 prize drawing 2 coming up in 2 weeks. Have you read any of the above genres? Tag me with #NSR22 and the genre for an entry in the next drawing.

#NoShameReadathon22 prize drawing 2 coming up in 2 weeks. Have you read any of the above genres? Tag me with #NSR22 and the genre for an entry in the next drawing. If you are tagged you already have entries, all are welcome to join in at any time!
@LiseWorks @MeganAnn @ValkyrieAndHerBooks @Laughterhp @Clwojick @BookwormAHN @kimmypete1 @Charityann @TheAromaofBooks @peanutnine @Gissy @StayCurious

Clwojick Oh man, I‘ve definitely hit a handful of these sub genres! I‘ll have to make a bullet journal spread for this. I don‘t know how I missed it earlier in the year. 3mo
30 likes1 comment

This was a sweet epistolary YA romance told through Twinkle‘s diary entries written as letters to her favorite female filmmakers, along with a few blog posts and texts with Sahil‘s perspective. I appreciated how encouraging and supportive Sahil was. Even when Twinkle was making bad choices, it felt authentic to a sixteen year old girl trying to navigate her feelings. 💖

This was a #roll100 pick for March I didn‘t get to earlier. @PuddleJumper