julesG
Why is Nothing Ever Simple? | Jodi Taylor 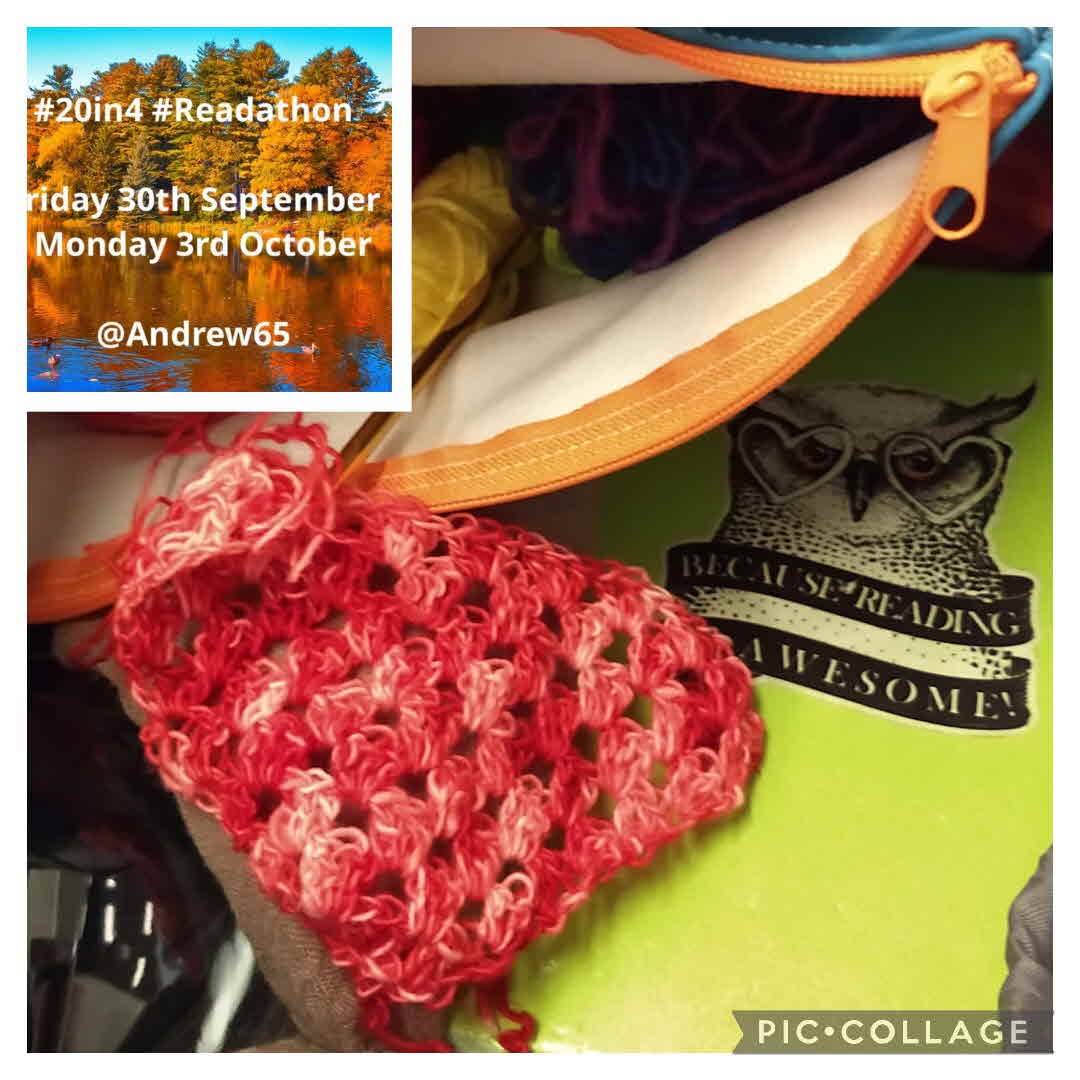 Revisiting a St Mary's short story while on my first leg of my journey to the #ReadingRetreat and #20in4 #readathon. 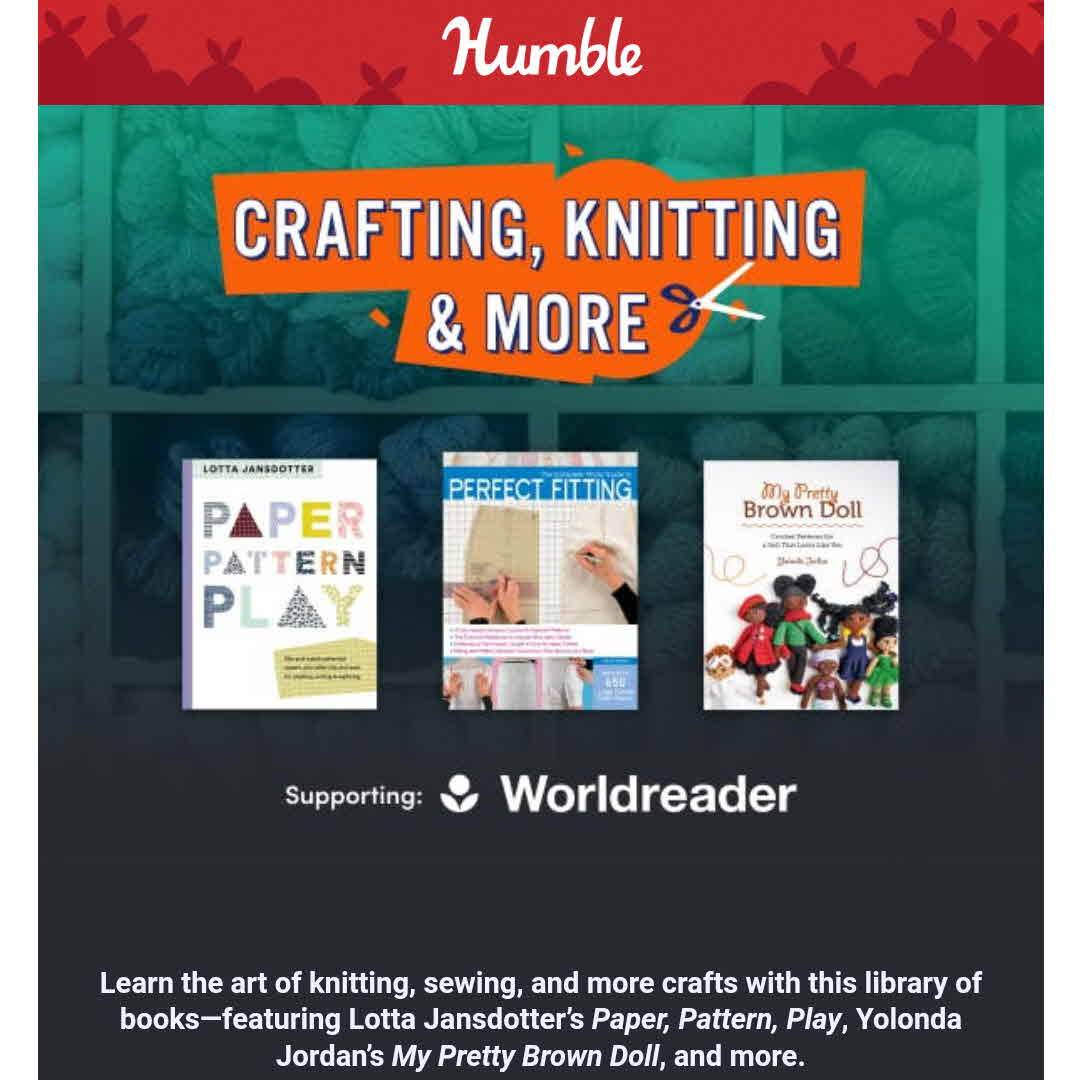 Lots of interesting books in this bundle - I might have to get this bundle just because of the tagged crochet book.

Dilara Thanks for the enabling! I had to get it... 4mo
Catsandbooks Awesome! Thanks for sharing! 4mo
40 likes1 stack add2 comments

julesG Oh, I think I need the crochet book. #CrochetersOfLitsy #HookersOfLitsy 😜 5mo
Lauredhel @julesG it's just ok, for me. Quite simple patterns using mostly chunky yarns. Not super duper my thing though 5mo
julesG Gah! Then it won't be for me either. 5mo
53 likes3 comments

I finally finished this beast! It‘s for my not quite 5ft Nana and this thing is big on my 6ft husband! 😂😂 we are taking a quick trip to TN to see my Nana and Papa next week and I think she‘s gonna be excited and love it! She is always cold and purple is her favorite color so I think this will be a perfect fit for her 🥰🥰 now to start the next one! I think it will be a #slytherin one

BethM That looks like the coziest blanket in the world! 5mo
Aims42 Awww, love this! Beautiful blanket, I‘m sure she will love it!! 5mo
Sapphire That‘s beautiful! Love the colors and pattern! 5mo
See All 10 Comments
julesG It's gorgeous! 5mo
julesG May I leave some tags? Delete if you don't want them. #CrochetersOfLitsy #HookersOfLitsy 5mo
Seekingtardis @BethM it is really soft! I‘ve enjoyed being partially snuggled under it while working on it! 5mo
Seekingtardis @Aims42 thank you so much!! 5mo
Seekingtardis @Sapphire thank you so much!! The yarn is stunning and I just looped it together lol 5mo
Seekingtardis @julesG thank you!! Of course!! I welcome all the tags 🥰 and love these!! 5mo
Mollyanna That is beautiful! It looks so warm and cozy. 5mo
45 likes10 comments

Have crocheted a few triangles for my blanket. It's a bit larger than one square metre at the moment and I'm running out of scrap yarn. 🙁 Which is a sentence I have never thought I'd utter.

Eventually started Station Eleven - why haven't I read this sooner?

cariashley Jealous that you‘re starting it, it‘s so good! 8mo
TrishB I loved this ♥️ 8mo
Cathythoughts I loved this too ❤️❤️ 8mo
See All 11 Comments
Johanna414 I guess you'll have to add a few other projects in to make some more scrap yarn? 8mo
julesG @Johanna414 That would mean knitting socks. I hate knitting socks. Whomever gets the one pair per year that I can persuade myself to make, can consider themselves love-bombed by me. 🤪 I'll probably just start on some of the skeins of sock yarn I have lying around. 8mo
Johanna414 @julesG I just started knitting socks a few months ago and I love it! I like how portable they are 8mo
curiouserandcurioser @julesG i love all the beautiful colors💜 8mo
julesG @Johanna414 My problem with socks is that my inbuilt critic/pedant/perfectionist demands that a pair of socks has to have identical socks. Not just the colour changes and the stitch pattern need to line up, but also same amount of rounds for each part of the sock. Which, strangely enough, makes the heel my biggest nemesis. I have no idea why socks are my crafting Achilles' heel (no pun intended). 8mo
julesG @curiouserandcurioser Thank you. 8mo
Johanna414 @julesG haha I'm the exact opposite - the stripe pattern on my current pair is one row off on sock two and I didnt catch it until after I had done the heel. So I just shrugged and kept working... i just tell myself they'll be inside a shoe so no one will care 🤣 8mo
Catsandbooks Maybe friends nearby have yarn scraps? Enjoying the progress! 8mo
79 likes11 comments

Needed a Victorian murder mystery to clear out the cobwebs.

The Museum Detectives are called to the National Gallery to investigate the murder of a young woman/prostitute. All evidence points to a man who was suspected to be behind the Jack the Ripper murders less than a decade ago. And since Jack didn't stop at one victim,...

Apparently not the first novel in the series. So I've got more Museum Murders to look forward to.

Progress pic: 30 triangles finished, 24 of them attached to each other. A gazillion more to go.

BarbaraTheBibliophage Beautiful!! 9mo
katy4peas 😍🧶 that looks fun! I‘m knitting a little women shawl and the last 4 inches are never ending! 9mo
julesG @katy4peas Seemingly endless rows are the worst. I once knit a circular shawl that had about 2,500 stitches in its last row, and then needed a stretchy bind-off. 😵😵 9mo
See All 7 Comments
AmyG I love all the colors!!! 9mo
LeahBergen Gorgeous! 9mo
thewallflower0707 I just finished To Paradise on Sunday. Enjoy it ☺️ 9mo
Catsandbooks That's so cool! Beautiful work! 9mo
76 likes7 comments

Finished Miss Eliza's and made some crochet triangles for a blanket out of leftover yarns. Also, made some rhubarb compote.

Can't put down the tagged book, #GhostCat won't let me get up anyway. I managed to read half of it already. @TrishB

AkashaVampie Haha I was looking at the picture before reading what u wrote... I was trying to figure out what u were making. My mind went to either small masks or throngs. Haha 9mo
AkashaVampie Thongs not throngs... sorry I must type faster than I think 9mo
julesG @AkashaVampie Bikini triangles? But they would be more revealing than covering. 🤣🤣 Six triangles will be attached to each other with a crochet circle to form a hexagon. The hexagons will then be attached to each other. (that's the plan, at least) 9mo
See All 12 Comments
julesG @AkashaVampie Funny, I read thongs. 9mo
TrishB I hoping for a couple of reading hours later! I‘m really enjoying it too 👍🏻 9mo
AkashaVampie @julesG that does make more sense than a thong. Haha 9mo
curiouserandcurioser @julesG those look so bright and cheerful-cant wait to see it finished!💜 9mo
Catsandbooks Sounds like a great day! 9mo
RaeLovesToRead Awww, Ghost, you gorgeous snoodle 😍😍💕 9mo
RaeLovesToRead Also, I would definitely put in an order for your crocheted swimwear range.. 😀😆 9mo
julesG @RaeLovesToRead I can save you four triangles for an "assembly required" bikini ?? Also, remind me to tell you the story of the "willy warmers" at Gladstone's. 9mo
RaeLovesToRead Hahaha... I think I'd need more than 4 triangles 🤣🤣🤣 I have to hear this story! 9mo
71 likes12 comments

Finished Pixel Pop (bottom left) yesterday. Have to weave in the ends, though.

Want to knit a hat from the tagged book. Struggled with winding the yarn. 4th skein of yarn from this particular dyer and 4th time the skein was a tangled mess. (right) 😵🤬

A bag of sock yarn leftovers my friend gave me, for a crochet lap blanket. (top left)