When He Was Wicked With 2nd Epilogue | Julia Quinn
10 posts | 48 read | 4 to read
In every life there is a turning point. A moment so tremendous, so sharp and breathtaking, that one knows one's life will never be the same. For Michael Stirling, London's most infamous rake, that moment came the first time he laid eyes on Francesca Bridgerton. After a lifetime of chasing women, of smiling slyly as they chased him, of allowing himself to be caught but never permitting his heart to become engaged, he took one look at Francesca Bridgerton and fell so fast and hard into love it was a wonder he managed to remain standing. Unfortunately for Michael, however, Francesca's surname was to remain Bridgerton for only a mere thirty-six hours longer -- the occasion of their meeting was, lamentably, a supper celebrating her imminent wedding to his cousin.But that was then . . . Now Michael is the earl and Francesca is free, but still she thinks of him as nothing other than her dear friend and confidant. Michael dares not speak to her of his love . . . until one dangerous night, when she steps innocently into his arms, and passion proves stronger than even the most wicked of secrets . . .

Dragon
When He Was Wicked With 2nd Epilogue | Julia Quinn 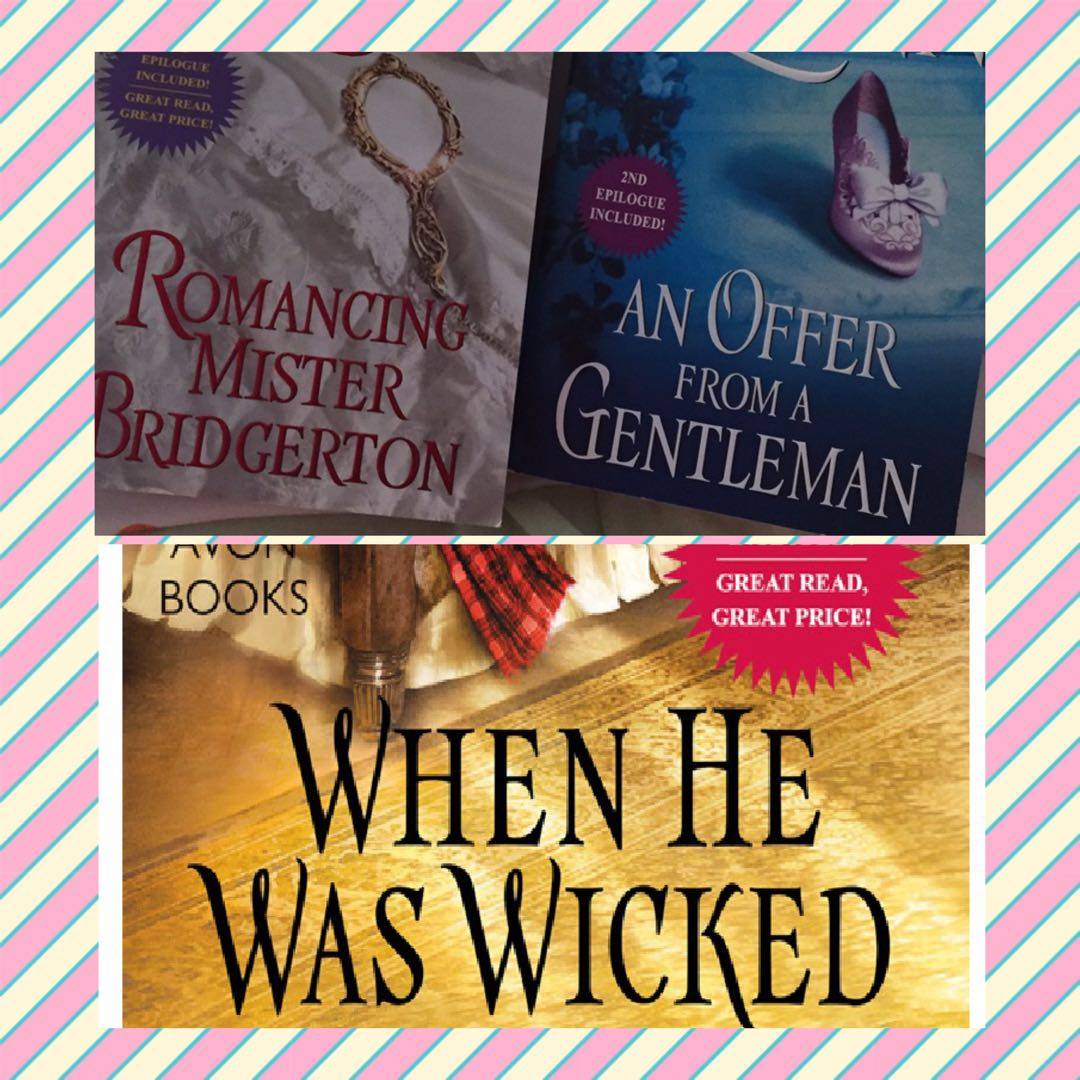 Trying to read the Bridgerton Series before the Netflix series airs. Finished the tagged book this morning thanks to my Cloudlibrary app. I don‘t like Francesca as much as the other Bridgertons , but I really liked Michael! This one has some very spicy 🌶🔥 scenes. I‘m torn between a pick and a so-so , but the second epilogue makes it a pick ( on to the next two )

EmilieGR
When He Was Wicked | Julia Quinn

This one was a lot of fun

Out of the six Bridgerton books I‘ve read so far this one was by far the steamiest😏 Michael has been in love with Francesca since she married his cousin and best friend John. Years after Johns untimely death Francesca is ready to remarry and start a family and Michael, as the new earl, is looking for a wife. After being forced to watch men try to court her, can Michael convince Frannie to marry him instead?
🔥🔥🔥🔥/5

ScientistSam
When He Was Wicked With 2nd Epilogue | Julia Quinn

Not my favorite of the Bridgertons, but still a delightful story! This one follows Francesca, the sister we've heard the least about. This story covers her widowhood and second love.
#romantsy

LibrarianRyan I love the brightons. I need to get back to these. I miss lady Whistlefown. 1y
ScientistSam @LibrarianRyan yes! So funny 😁 1y
ElenaBaer The Bridgertons are coming to Netflix !!! 1y
See All 8 Comments
ScientistSam @ElenaBaer I heard! I'm so excited!!! Hope they do them justice. 1y
robinb This was actually one of my favorites of the series...Michael...🔥. 🤤🤣 1y
robinb @ScientistSam If you enjoy series like the Bridgertons, have you read Julie Anne Long‘s Everseas/Redmonds series? Two warring families, lots of sibling interaction...it‘s one of my favorites! 1y
ScientistSam @robinb I have read one of her historical romances. I should start reading them systematically now that I've finished the Bridgerton series! 1y
robinb @ScientistSam Yes, I really enjoyed them! I always like to discover series that involve large families and their interactions. Long‘s are funny too. This is the first one in the series.

robinb
When He Was Wicked | Julia Quinn

Katehubb
When He Was Wicked | Julia Quinn

Christinak
When He Was Wicked | Julia Quinn

Holy Hotness Batman!
I started this while sitting in traffic on the way home from the book store (hubby was driving)
I. Could. Not. Put. This. Down.
This series has not disappointed.
I'm glad I bought this series as this will end up being a go to comfort read when happy ever afters are needed.

BeckyD I love that series, and have read all of the several times. 3y
40 likes2 stack adds1 comment

Mc_cart_ny
When He Was Wicked | Julia Quinn

When your hold comes in for the next Bridgerton book and you feel the need to drop everything and read! 😆
#romantsy

Witchy_Book_Dragon
When He Was Wicked With 2nd Epilogue | Julia Quinn

Well this was fun and racy. It's a bit more meandering than the usual romance and there is no intrigue to speak of. Just a man and a woman coming to terms with loss and love and all that lies between. It was good and the focus on the relationships, not just theirs but their family as well, added to the depth of the story and characters. It was a quick read and I loved that there was a second epilogue.