The Fellowship of the Ring: Being the First Part of The Lord of the Rings
J.R.R. Tolkien
15 users recently

CocoReads
Come Back for Me | Corinne Michaels 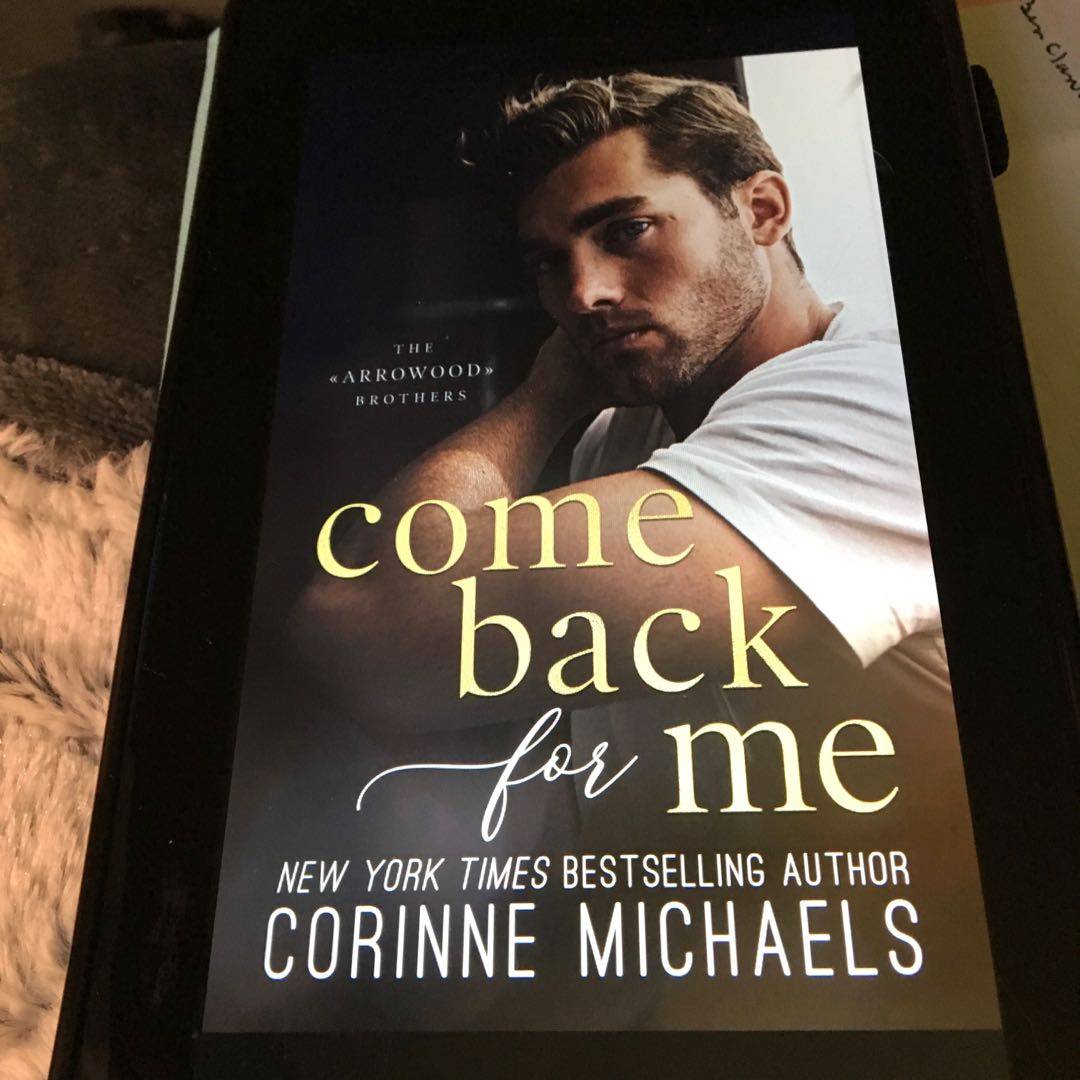 I finally finished a book this week! It was so good too. Romantsy, second chance, redemption. Connor is a former Navy Seal brought back to his hometown by the death of his father. He runs into his neighbor, who he had a one night stand with 8 years earlier on the eve of her wedding but they never exchanged names. Now she‘s married with a little girl who has his eyes...trigger warning for abuse but there are other secrets. 1st in a series

CocoReads Challenges this fit: #BBRC: new in 2020 grown up category @LibrarianRyan , Once Upon A Book Club‘s 40 book challenge (rec by a friend), PopSugar‘s 2020 challenge (published in 2020), and MMD 2020 (recommended by a source you trust) 2d
LibrarianRyan Yeahh 2d
43 likes1 stack add2 comments 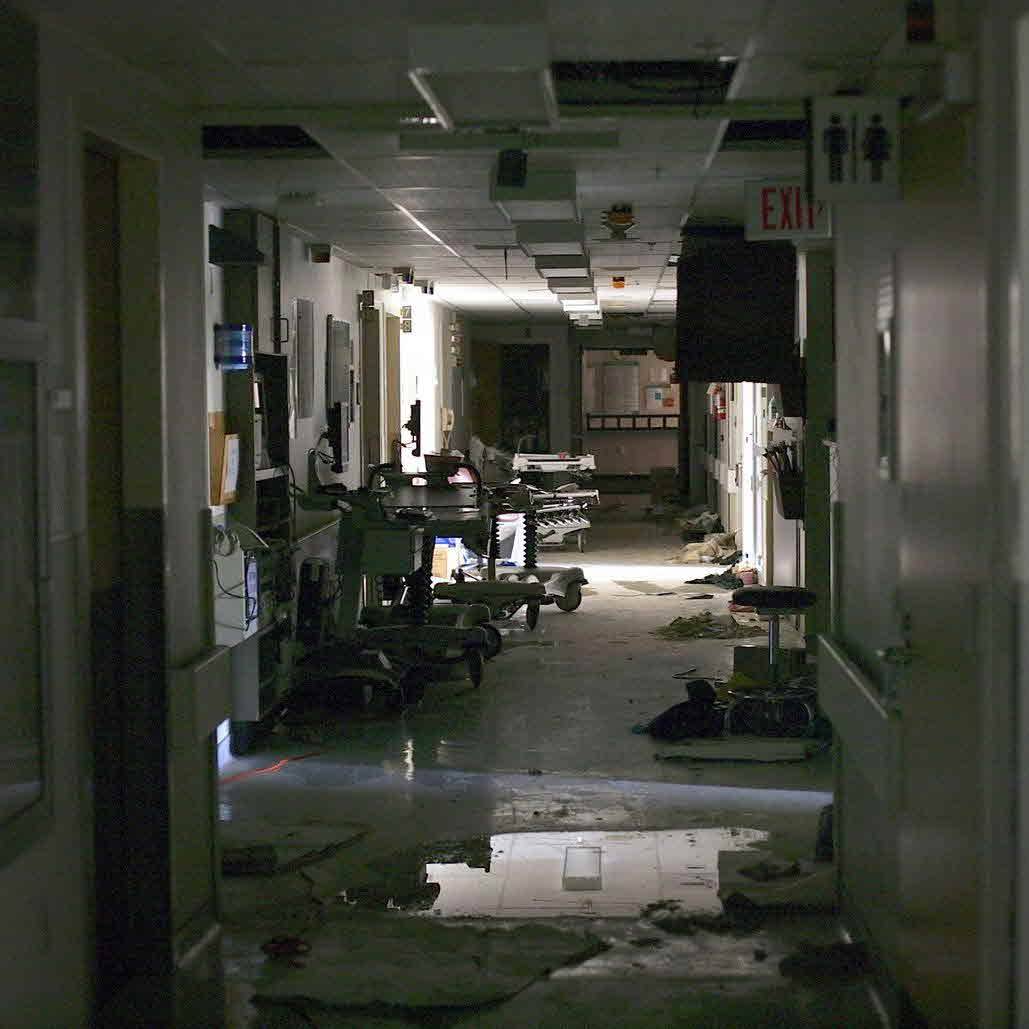 You're a doctor in a hospital hit by a hurricane, generators flooding, losing power, rationing medication and water, without running water or sanitary bathrooms. You've lost communication with the outside world and you need to evacuate as many patients as possible. What do you do? Is euthanasia an option? Is it murder? What do you think you would do?
#BBRC #UGH @LibrarianRyan

Cinfhen LOVED this book!!! I wish I would have read this with my bookclub. So much to talk about!!!!!!!! 3d
IamIamIam @Cinfhen I spent so much time being angry it was unbelievable!!! It is great food for thought, however, and I appreciated seeing everyone's reaction to what they had to go through. All I kept thinking about was the food service workers who stayed to help. That really got me. ❤ 3d
Cinfhen There were definitely some real heroes in this terrible unforeseen tragedy 3d
LibrarianRyan intereting 3d
37 likes1 stack add4 comments

I was precisely the wrong age for this when it came out, so (shock, horror) this is the first time I‘ve read it - somehow I‘ve avoided spoilers for the last 30 years, so there were actually a few surprises in there! Brilliant, obviously, but boy is it dark!?! And Mrs Phipps 👍👍👍 Kate Winslet‘s audio is perfect.

Litsy says this scrapes in at 256pp, so #BBRC #MiddleGrade #MoreThan250pp

LibrarianRyan, BookwormAHN
ShyBookOwl I've never read it either but I was obsessed with the movie as a kid. I should pick this up! 3d
RachelO @ShyBookOwl Please do! I‘ll have to check out the film as well! 3d
JamieArc @ShyBookOwl Did you know a remake is coming out in October?? I‘m really excited for it! 3d
See All 9 Comments
ShyBookOwl @JamieArc I did not!! Hmmm.. interesting. I'll definitely check it out, but I still ❤ the original 3d
LibrarianRyan 👍🏻😁 3d
JanuarieTimewalker13 I was 57 when I read it (just a few months ago), so better late than never! 3d
RachelO @JanuarieTimewalker13 😁 That might be my motto for the year! 3d
JanuarieTimewalker13 😀👍🏽 3d
BookwormAHN I haven't read that one yet. I may have to change that. 3d
75 likes2 stack adds9 comments

What an extraordinary book! So many themes of love, loss and resilience, not to mention an intriguing mystery, all in one short book. An excellent piece of YA #ozfiction

Cinfhen, BarbaraTheBibliophage, LibrarianRyan, 4thhouseontheleft
SaturnDoo Nice😊 wtg knocking out some of those challenge prompts 👏👏👏 4d
Tamra I adore that cover! 4d
BarbaraTheBibliophage Oh, that‘s our one request. One book, one prompt. In most other things, we‘re pretty easy. Just not this one. Thanks. 🥰 4d
See All 11 Comments
Tamra Weird and I don‘t get why publishers change titles. In Libby the book is titled, The Things She‘s Seen. Far less attractive cover too. (edited) 4d
CarolynM @saturndoo😘 4d
CarolynM @Tamra I agree, I don't get the different covers in different markets. Changing titles can be really confusing, but I suppose it might be necessary where an expression might have a quite different meaning in different countries. 4d
CarolynM @BarbaraTheBibliophage Ok, thanks. 4d
Cinfhen Book sounds great 👍🏻 but what @BarbaraTheBibliophage ....sorry ☺️you can decided later on how you want to use the book 4d
LeeRHarry I really liked this one too! 😊 And like yourself read it in one day. (edited) 3d
CarolynM @LeeRHarry It was really hard to put down🙂 3d
LibrarianRyan 😁👍🏻 3d
63 likes3 stack adds11 comments