How to Sell a Haunted House
Grady Hendrix
24 users recently

Babel: Or the Necessity of Violence: An Arcane History of The Oxford Translators' Revolution
R. F. Kuang
21 users recently 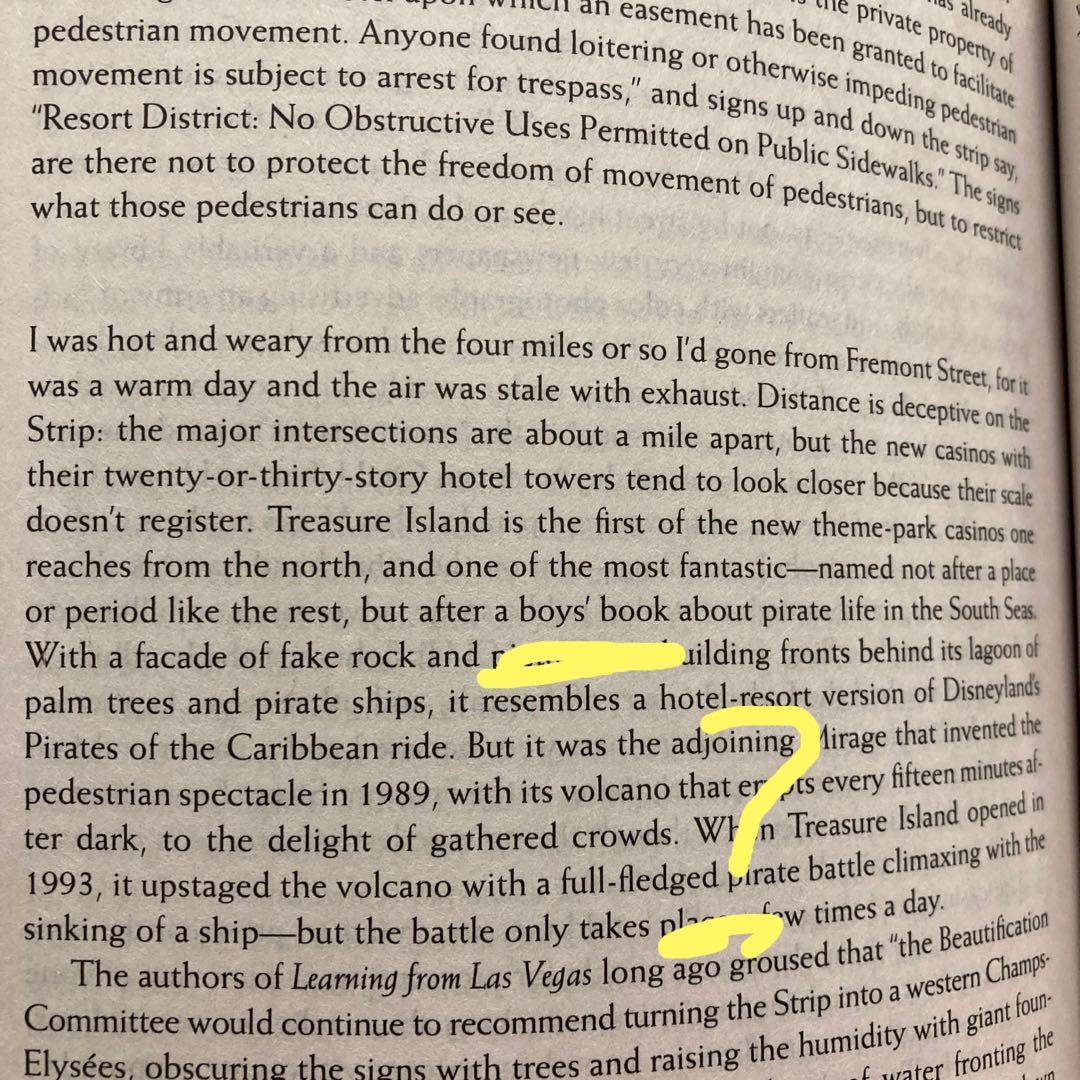 A boys‘ book? I mean, sure, there is a grand total of one female character and she appears in just a handful of pages (Jim‘s mother). Still, let‘s ditch the “boys‘ books and girls‘ books” already.

TheBookHippie 😵‍💫 9h
Hooked_on_books I heard someone in a bookstore about a year ago talking about buying “girl books” for someone‘s new kid because they already had “boy books.” And these were board books for tiny children! Oh good, let‘s indoctrinate them into gender roles as soon as they‘re born! 🤬 Come on! 6h
ravenlee @TheBookHippie @Hooked_on_books exactly! I really expect better from Solnit, too. 6h
See All 6 Comments
Hooked_on_books Excellent point. You wouldn‘t think someone who wrote “Men Explain Things to Me” would be perpetuating sexism like this. 5h
TheBookHippie @ravenlee I am finding more and more homophobic or only for white female feminist or both lately and it‘s so disappointing …especially when the propose to be true feminist. 5h
TheBookHippie @Hooked_on_books 🙄 5h
19 likes6 comments 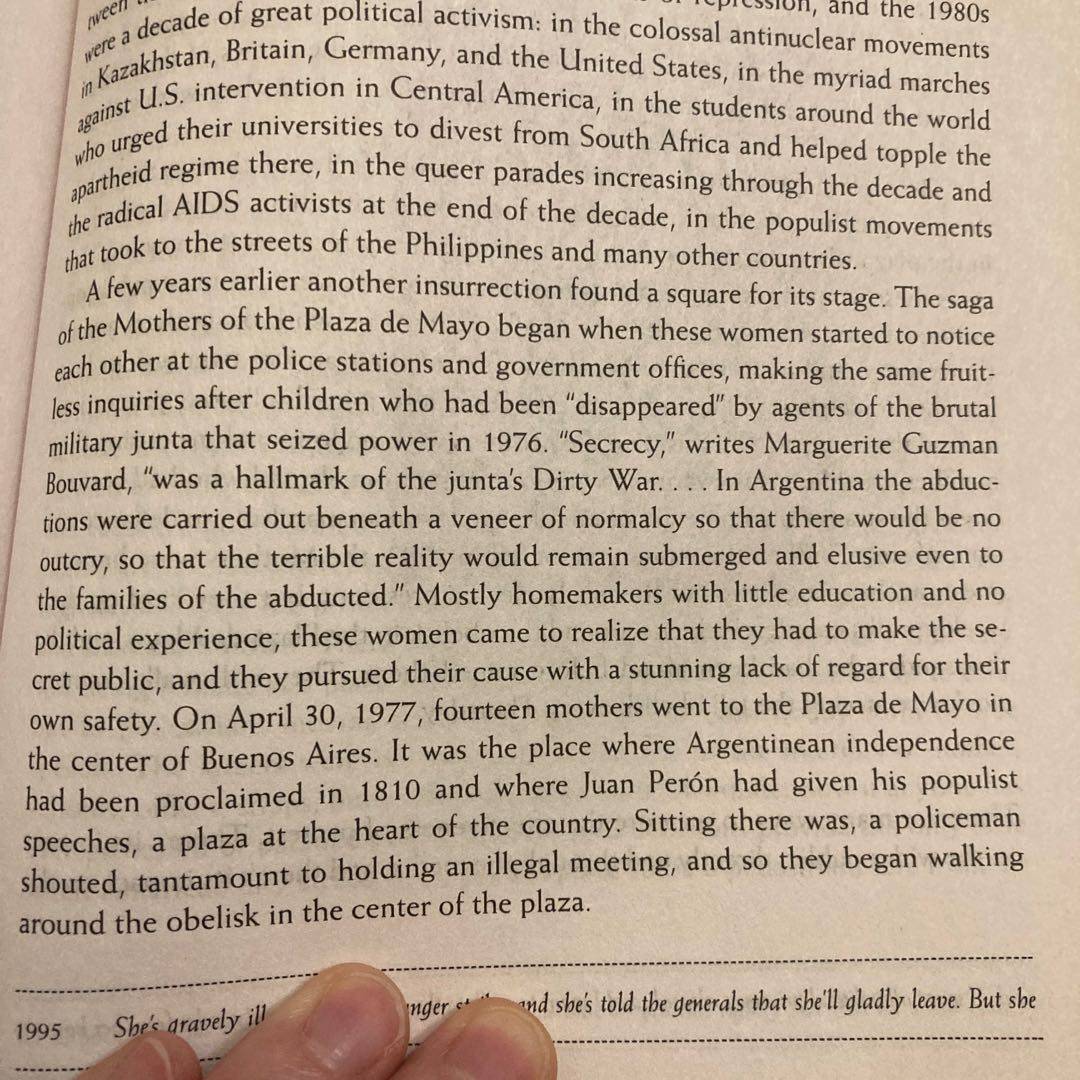 I fell down a rabbit hole about the Mothers of the Plaza de Mayo, a group that still exists (after a fashion), working for justice for the desaparecidos of the Guerra Sucia. Three of the original founders, two French nuns who helped them, and seven other helpers were kidnapped, drugged, and thrown unconscious from aircraft into the South Atlantic (a practice known as death flight). Yet the Mothers, and the Grandmothers, marched on. (cont)

ravenlee The Grandmothers of the Plaza de Mayo have spent decades looking for the children of their children - young pregnant women who were kidnapped and killed after giving birth, whose babies were given to military or political couples to raise. The Grandmothers have identified at least 200 such children. The Mothers have brought over 700 of those responsible for the desaparecidos to justice. 17h
23 likes1 comment

Today‘s goals: finish the tagged (75 pages to go) and start catching up on Middlemarch (a week behind for #PemberLittens!). I couldn‘t focus on MM and Vanity Fair at the same time so I paused the former to finish the latter last week. Kiddo‘s had a cold (or cold- or flu-like symptoms) since Thursday so I‘ve had less reading time than usual. Hoping to accomplish at least one of these goals today! 🤞🏻

SamAnne I have wanderlust on my shelf and have not gotten to it yet! Will be interested in your review. 18h
29 likes2 stack adds1 comment

Wood walked through some pretty serious terrain (the Sahara) and came this close to dying of thirst, dangerous lands (South Sudan), and paranoid lands (Egypt). What I loved most were his conversations with Boston, Wood‘s Congolese guide who lived in #Uganda, which consumed a lengthy part of his walk. Boston provided a unique perspective about so many things, but mostly from the experiences of the destitute who do what they can to survive, even ⬇️

Catsandbooks
Texreader if it means clearing forests to grow crops or catching and selling baby monkeys 😭 to feed their families. Climate change be damned when you have to feed your family. Such a horrible but enlightening truth—one we‘ve got to realize if we are to help create incentives NOT to clear habitats and kidnap baby animals. We‘ve got to listen & understand, or as my parents used to say, “walk a mile in their shoes.” I learned a lot. Highly recommended. ⬇️ 1d
Texreader #foodandlit 1d
Catsandbooks Wow! Sounds like a good one!! 🇺🇬👏🏼 1d
Aimeesue Great review! Stacked! 20h
59 likes1 stack add4 comments

I‘m lucky I got in this short walk today; we had quite a bit of rain. I have a couple of hours left in The Body Lies and am reading The Road to Little Dribbling as my evening book. #audiowalk

lynneamch Thank you! It's the kind of book I like to listen and set the timer for 15 minutes when I'm relaxing to fall asleep and was able to get it on Libby tonight. Originally fell in love with him listeniing to this on a road trip

LeslieO
Mastering the Art of French Eating: From Paris Bistros to Farmhouse Kitchens, Lessons in Food and Love | Ann Mah

Read my #BookSpin and #DoubleSpin and my first nonfiction of the year (towards my goal of 12). Finished Ove and going to see Otto tomorrow. Alas, so many good books left on the board. I really need to read faster! #BookSpinBingo

Librarybelle
High: A Journey Across the Himalaya, Through Pakistan, India, Bhutan, Nepal, and China | Erika Fatland

Even though I have yet to read Sovietstan, I had to grab this from the library, Fatland‘s most recent travelogue through the Himalayas.

Anyone else plan to check this out???

jlhammar Yes, I plan on reading this eventually. I really enjoyed her last one

The Border: A Journey Around Russia Through North Korea, China, Mongolia, Kazakhstan, Azerbaijan, Georgia, Ukraine, Belarus, Lithuania, Poland, Latvia, Estonia, Finland, Norway, and the Northwest Passage
1d
Bookwormjillk I would like to. I hope my library gets it! 1d
charl08 Ooh I didn't know she had another one. Thank you! 1d
See All 9 Comments
Librarybelle Oh, @jlhammar I have not read that one yet. Good to know it‘s good one!! 1d
Librarybelle @Bookwormjillk @charl08 I had not known about this, so it was a pleasant surprise when it showed up at the library! 1d
Megabooks It‘s in my Amazon cart, but I‘m probably going to wait for the paperback. But yes, I‘m very interested!! I loved Sovietstan and The Border. 1d
Librarybelle Good thought to wait for the paperback, @Megabooks ! 1d
BarbaraBB Sounds good! 1d
Librarybelle @BarbaraBB 😁 22h
64 likes2 stack adds9 comments

Synge, a culturally sensitive Dubliner & peer of Joyce and Yeats, saw simplicity in the islanders of Aran and idealizes the setting, which is both this book‘s unforgettable charm and its chief fault. He is morbid throughout regarding the fate of Aran‘s young fishermen on the rough seas, feeling that he talked with men “who were under a judgement of death. Stark but lovely prose conveys Aran‘s wild beauty and isolation well

KateKintail
Ultimate Signspotting: Absurd and Amusing Signs from Around the World | Doug Lansky

This was the perfect read on a day when I had a road trip! Light and funny!

I have identified all the countries the author walks through to count them for #readingtheAmericas and here they are: