Beheld | TaraShea Nesbit
13 posts | 10 read | 35 to read
From the bestselling author of The Wives of Los Alamos comes the riveting story of a stranger's arrival in the fledgling colony of Plymouth, Massachusetts-and a crime that shakes the divided community to its core. Ten years after the Mayflower pilgrims arrived on rocky, unfamiliar soil, Plymouth is not the land its residents had imagined. Seemingly established on a dream of religious freedom, in reality the town is led by fervent puritans who prohibit the residents from living, trading, and worshipping as they choose. By the time an unfamiliar ship, bearing new colonists, appears on the horizon one summer morning, Anglican outsiders have had enough. With gripping, immersive details and exquisite prose, TaraShea Nesbit reframes the story of the pilgrims in the previously unheard voices of two women of very different status and means. She evokes a vivid, ominous Plymouth, populated by famous and unknown characters alike, each with conflicting desires and questionable behavior. Suspenseful and beautifully wrought, Beheld is about a murder and a trial, and the motivations-personal and political-that cause people to act in unsavory ways. It is also an intimate portrait of love, motherhood, and friendship that asks: Whose stories get told over time, who gets believed-and subsequently, who gets punished? 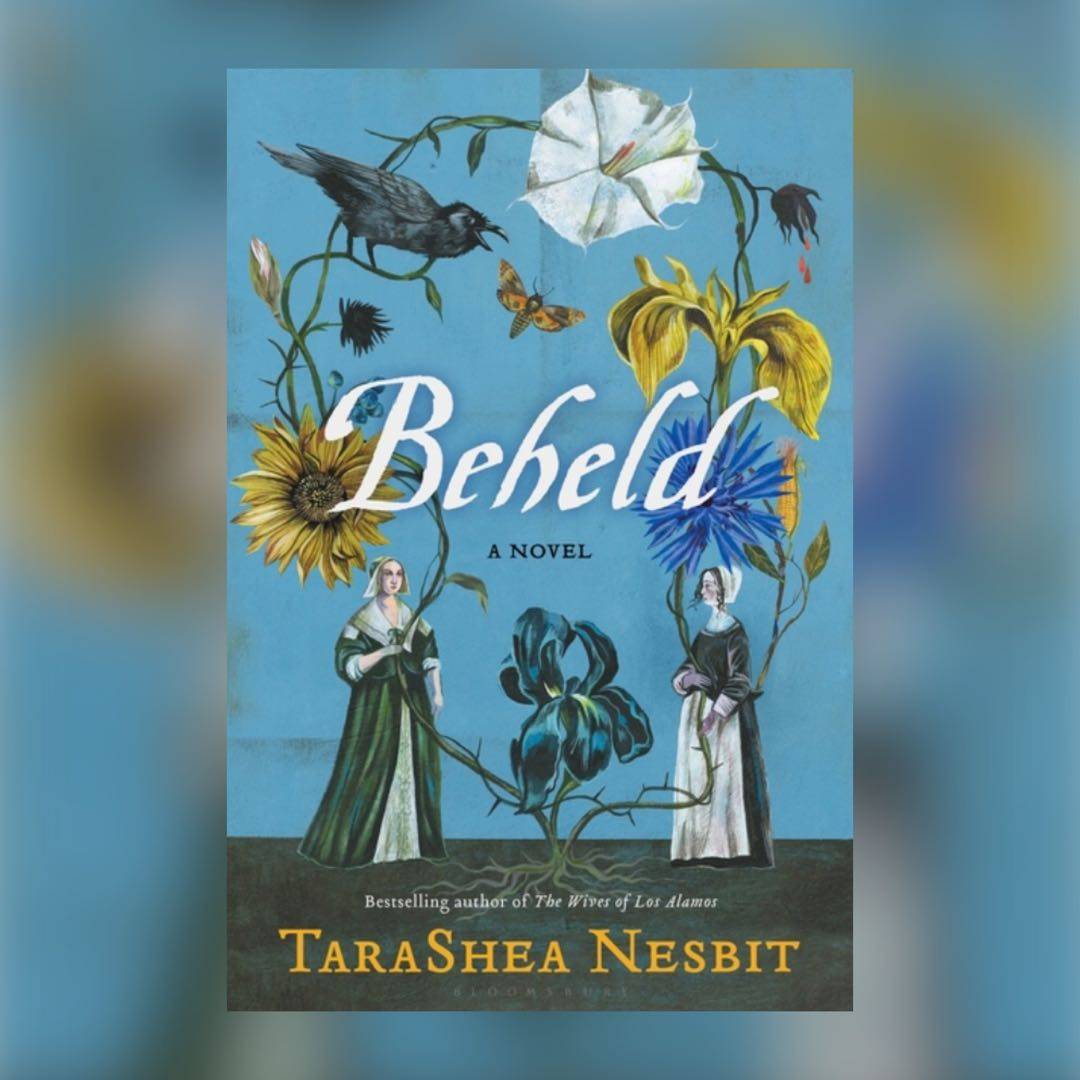 Confession: I expected to hate this as it is not a book I picked out for myself and ugh-Puritans. 😂 Instead, I enjoyed this work of historical fiction set during a time I‘ve forgotten about. I‘m sure we studied the Mayflower and pilgrims in school, but I found it boring and blocked it out. This book is anything but boring and I loved the insights into conflicts between the colonists. #book about a cult or religion #booked2022 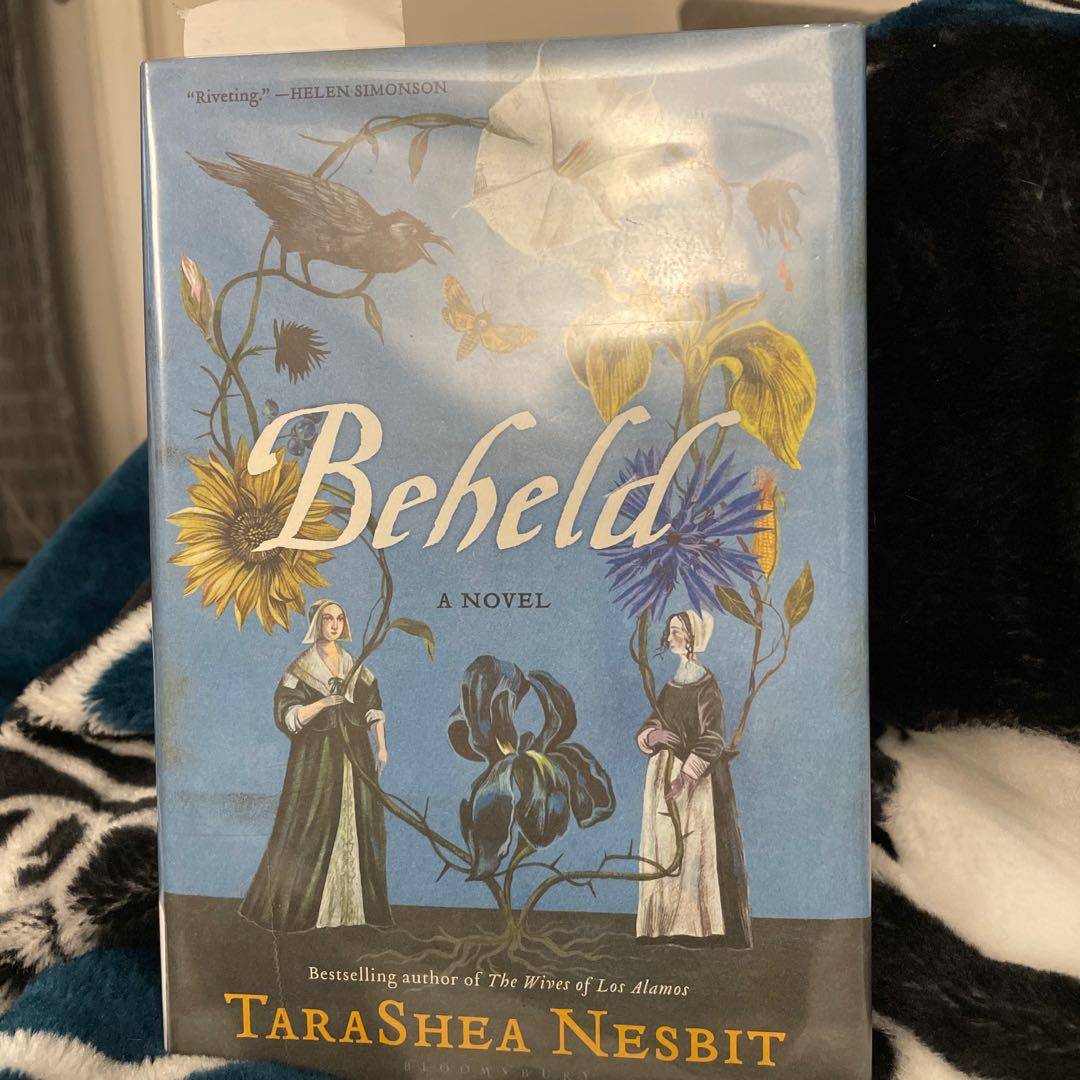 The NYTimes just released this list. Do you agree?

Kelly_the_Bookish_Sidekick I haven't read any of these and about half I've never heard of. However, some that I easily recognized had mixed reviews here. I wonder if that's just because they needed to get to 100 books. I was pleasantly surprised to see a romance book on the list. 1y
Sharpeipup @Kelly_the_Bookish_Sidekick I‘ve read 2 from the list. Admittedly the selections were all over the place... 1y
26 likes2 comments

This is not a feel good book. Using (mostly) the voices of two pilgrim women of different classes & backgrounds it imagines what lead up to the first murder by & of a European in America. Life is bleak in the colony- even as seen through wealthy Alice's eyes- & the book examines how the oppressed become oppressors, how the Haves ensure the Have Nots continue to have not, and how the same events look very different as seen through different eyes.

bookandbedandtea @TheAromaofBooks This is my #BookSpinBonanza #12. (Another library book out of order!) 2y
TheAromaofBooks This sounds too sad for me!! Awesome progress though!!! 2y
Wife Great review. I couldn‘t think of anything to add to my review. 1y
27 likes1 stack add3 comments

An intriguing look at life, & the first murder, in Plymouth colony told primarily through the POVs of the governor‘s wife & the wife of a man who paid their way to the New World by signing them up for 7 years of indentured servitude. While other POVs are employed, it‘s these two—a woman of privilege & power within the community & who has none—that stand out & through which the challenges, prejudices, & privilege of life in the colony are seen.

Going with murder in Plymouth colony for my next book.

Plymouth 1630 - the lies, hypocrisies, dangers, dreams & aspirations of a group of settlers as seen through the eyes of the women of the community. Fashioned on real historical events. I loved the settings, thought the different factions were drawn well and the emerging townscape vivid. I'd of liked more agency on the part of the women - they commentate from the sidelines and their own connective power isn't central.

mdm139 I just watched Jamestown on Amazon Prime. It is about the first women to go to Jamestown to marry the men that settled there. The women come and in supporting their husbands make a few enemies with the men in charge. 2y
Mitch @mdm139 Might give that a go! Thanks 2y
75 likes5 stack adds2 comments

My favourite time of day - it‘s early, the sun is up, the world is quiet and Bunky is craving cuddles. Add to that a new book and the world looks OK today.

AmyG That looks so lovely. 2y
julesG 😍 2y
Soubhiville Perfect! Your garden is pretty 😊 2y
See All 10 Comments
monalyisha That cover is just so lovely. 💙 2y
Mitch @AmyG @julesG @Soubhiville thanks guys - it was a mellow start to the day. Having everyone home changes the dynamic of the community and it‘s actually been great to connect over the garden fences with more people. But I do love it best before every else wakes! 2y
Mitch @monalyisha I‘d be lying if I didn‘t say that was a huge influencing in my purchasing! 2y
TracyReadsBooks I‘ve heard good things about this book. I‘ll be interested to know what you think about it. 2y
Crazeedi Good morning! Bunky is so cute😻 my kitty is beside me too, but I'm still in my bed, lol. Enjoy your beautiful garden and day 2y
juliegumdrop Gorgeous cover. Gorgeous kitty. 2y
DGRachel The book sounds interesting! Will definitely be watching for your review. And what a relaxing view! 2y
101 likes2 stack adds10 comments

Starting off the year with an “eh.” The murder was not really as large a part of the story as the galley copy led me to believe. Beheld is more a fictionalized entry into lesser known colonists in Plymouth - the women and the indentured servants- than mystery or crime novel. I‘d probably have liked it better with different expectations- it‘s a quiet, very interior book.
#AdvancedReaderCopy